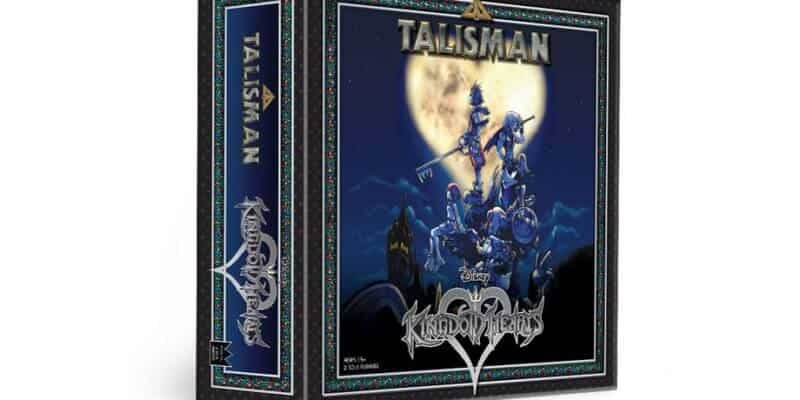 Heads up, gamers. Your favorite video game is turning tabletop.

The popular, timeless favorite board game Talisman is officially getting a Kingdom Hearts makeover this year. Talisman: Kingdom Hearts Edition will be a Disney version of the classic adventure hobby game. In the new board game, your favorite Kingdom Hearts characters will come to life in a new medium on your home tabletop. The board game will combine the Disney and Square Enix collaboration we know and love with the strategy and adventure of Talisman to create a new challenge for video game lovers, Talisman enthusiasts, and Disney fans to come together and enjoy.

Here’s what the board game creators have to say about the new game, as written in their official announcement:

Following the release of award-nominated video game Kingdom Hearts III, the celebration continues as Talisman: Kingdom Hearts Edition reveals Sora, Kairi, Riku, King Mickey, Goofy, and other comrades as figures at the helm of an exciting and different way to play the tabletop classic. Inspired by the original Kingdom Hearts video game franchise, the 2- to 6-player game’s objective compels players to acquire the needed Strength and Magic to seal the Door to Darkness and keep Heartless from consuming the communal worlds.

The OP has het to announce an official release date for the board game, so we’ll be on the edge of our seats until we find out when we can get our hands on it. In the mean time, we’ll be replaying Kingdom Hearts III for as long as we can. We hope it won’t be too long before we can place an order for the board game version of our favorite Disney video game!

Are you excited to play Talisman: Kingdom Hearts Edition when it releases later this year? Let us know in the comments!

Comments Off on New Kingdom Hearts board game coming soon