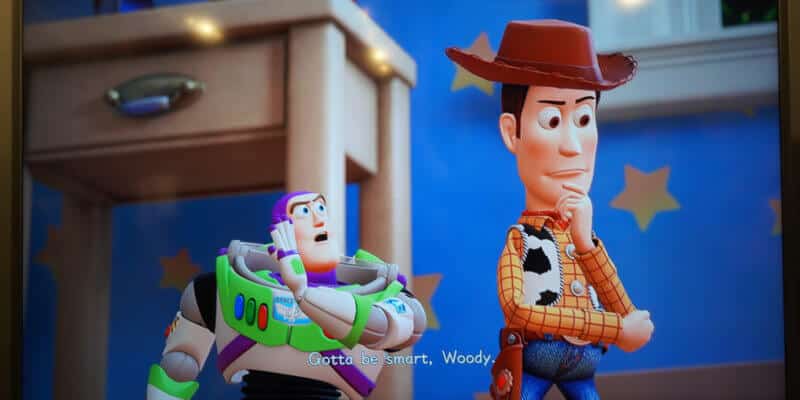 It’s official, the Kingdom Hearts III experience has opened at Disney Springs! This new exhibit will let guests of Walt Disney World experience a playable demo of the upcoming release, and see a special Keyblade exhibit and exclusive artwork from the game.

This morning, in the heart of Disney Springs‘ Town Center, this new pop-up exhibit running today through January 31, 2019, officially opened. The special celebration was headed by Matt Simon, Vice President of Disney Springs, and Brendan Docherty, Senior Product Manager of Marketing at SQUARE ENIX, who both welcomed the very first guests to experience Kingdom Hearts III. 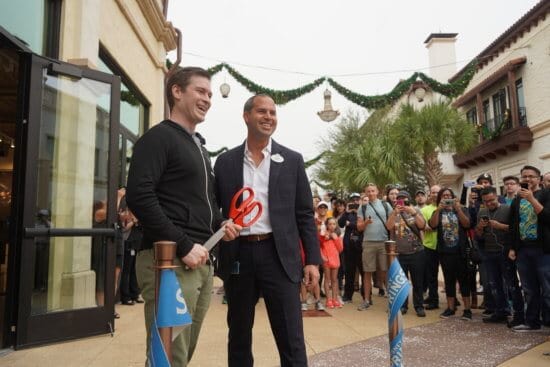 Upon entering the exhibit, guests can find Cast Members with iPads who will give them a spot in line via a virtual queue. This allows guests to leave and come back for their scheduled playtime, minimizing wait time in a physical line. For guests who want to immerse themselves in all things Kingdom Hearts, they also have the option of coming into the lobby to watch trailers of the game and take pictures with a Keyblade while they wait.

The lobby also features special artwork of Disney and Disney/Pixar characters from the many worlds found in the game. Some of these characters include Mike and Sulley from “Monsters, Inc.,” Rapunzel and Flynn Rider from “Tangled,” Elsa, Anna and Olaf from “Frozen,” and Hiro, Baymax and the rest of the gang from “Big Hero 6.” 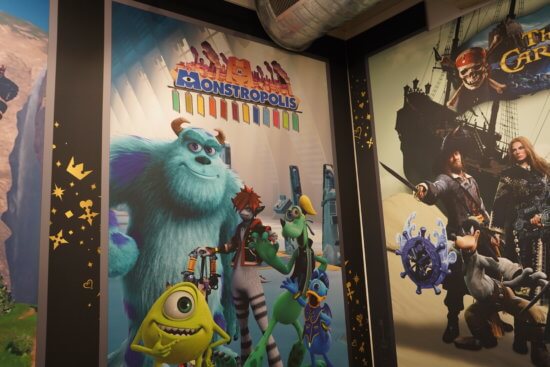 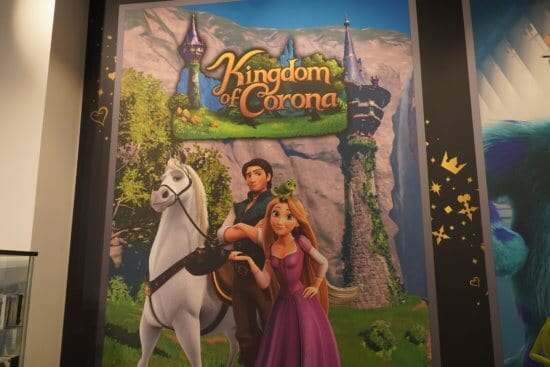 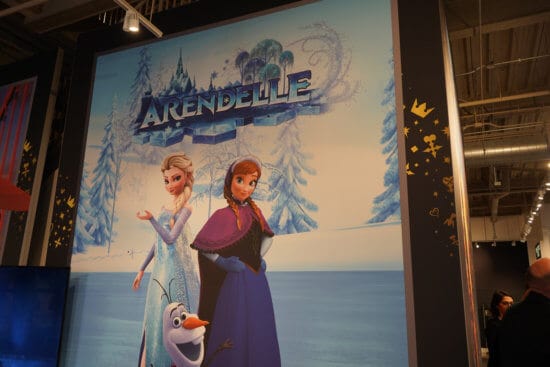 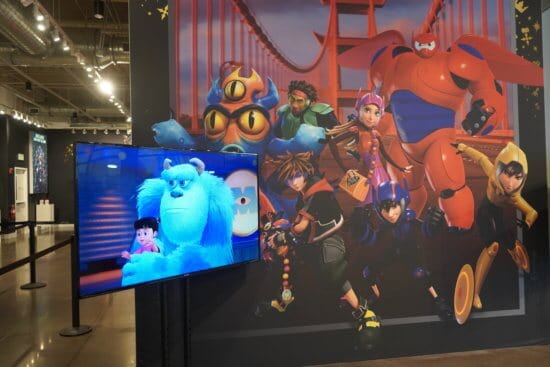 Other elements from the game to be seen in the lobby include a special Keyblade exhibit, which features three Keyblades. 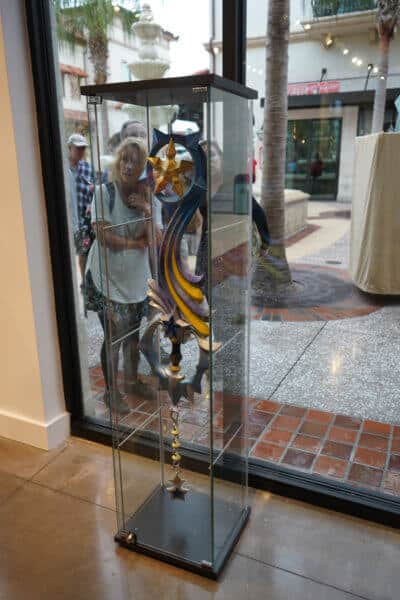 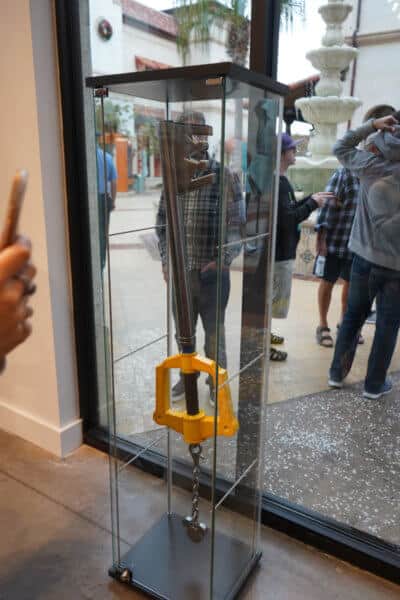 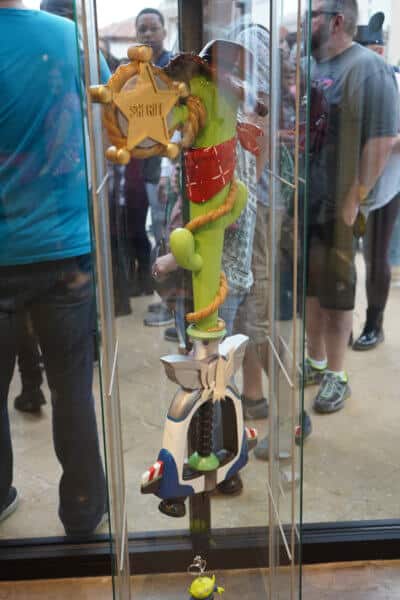 Once a player’s turn in the virtual queue is next, if they left the experience, they are asked to return to wait in one last line (a fifteen-minute wait) that will transport them to the many worlds of Kingdom Hearts. 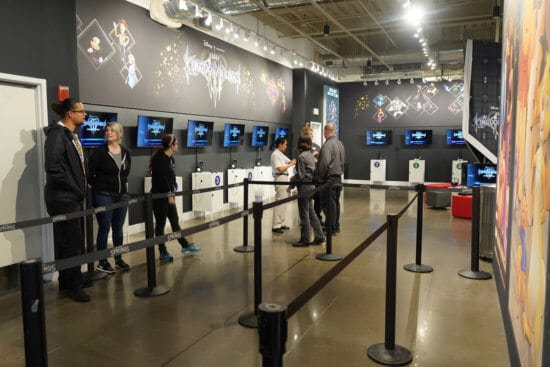 Each session of game playtime is approximately fifteen minutes. You do, however, have the option to get back in line, even on the same day, to experience the game all over again.

Players have the option of either the Hercules Boss Battle or to explore the Toy Story world with Andy’s room, front yard, and the first level of Galaxy Toy’s toy store. 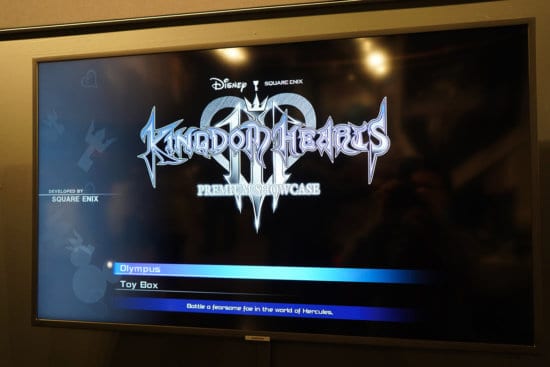 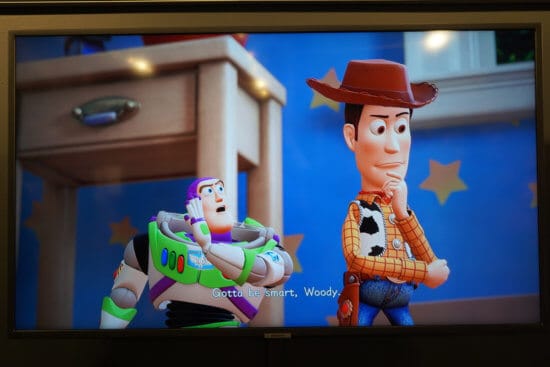 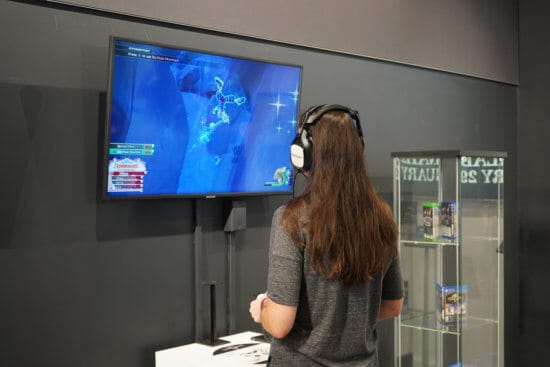 If you do happen to fall in love with Kingdom Hearts III during this preview, you’ll have the opportunity to pre-order it at the experience ahead of its release. 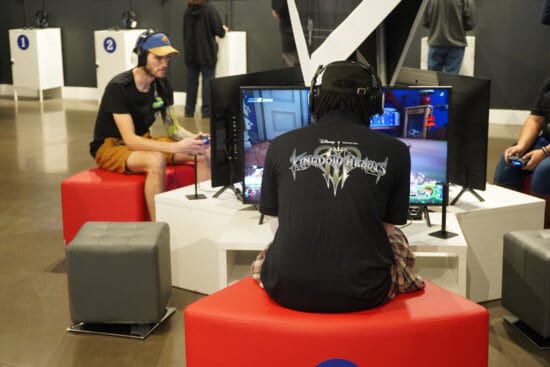 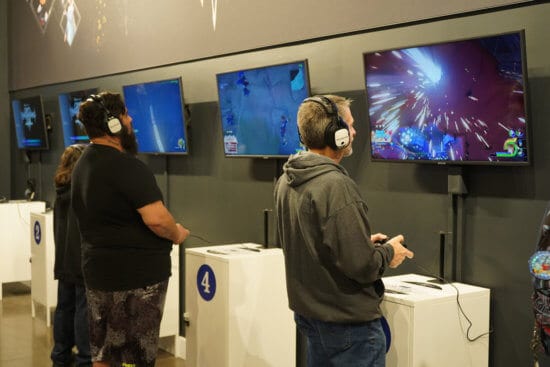 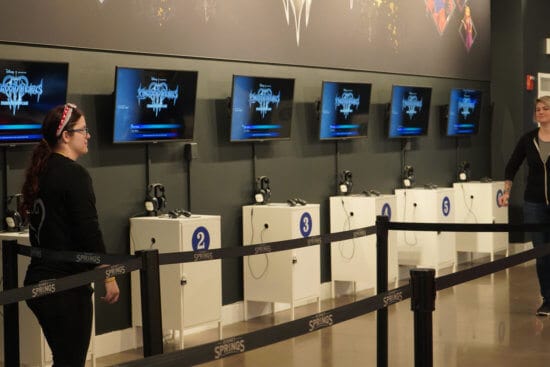 Kingdom Hearts III is set to release in stores on January 29, 2019 for both Play Station 4 and Xbox One.

Are you going to visit this limited run pop-up at Disney Springs? Let us know in the comments below!