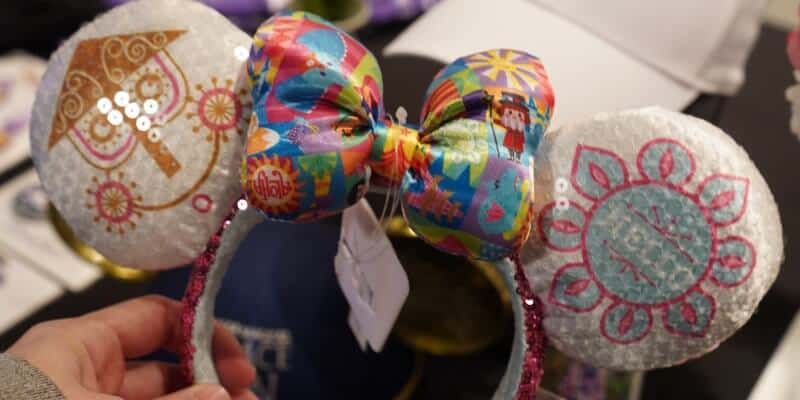 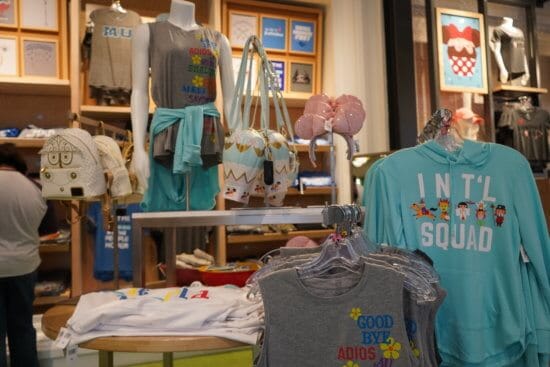 Starting off with an item that celebrates the Int’l Squad, is this light weight hoodie. The hoodie features screen art of the attraction’s characters on the front and a kangaroo pocket. The hoodie runs for $39.99. 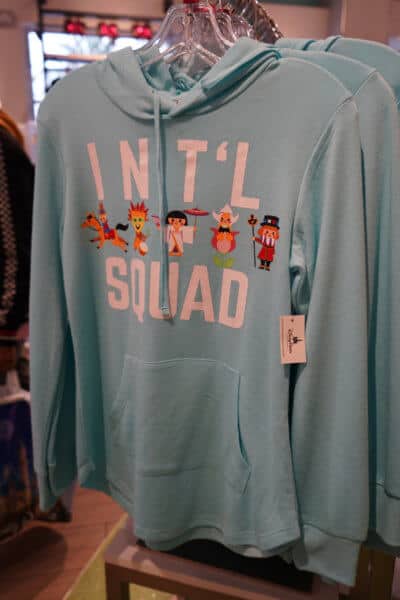 Another new finding that celebrates this beloved attraction and its theme of uniting our world’s many cultures is this “it’s a small world” Goodbye Tank Top! Featured on the shirt’s front is “Goodbye” in different languages featured in the attraction. The tank top runs for $34.99. 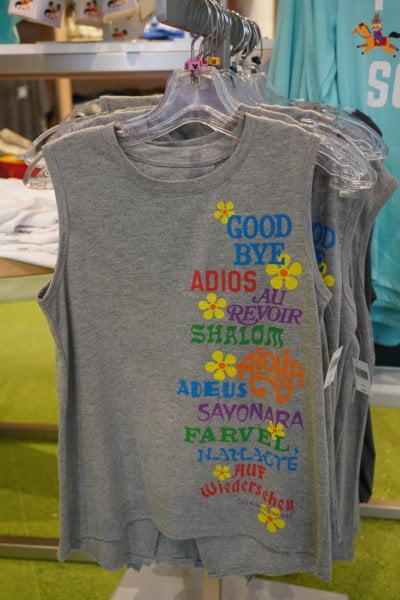 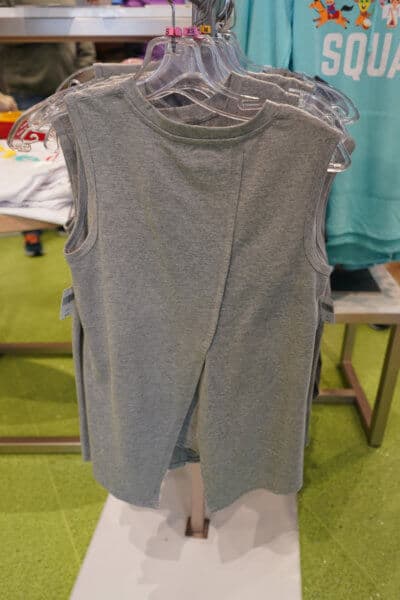 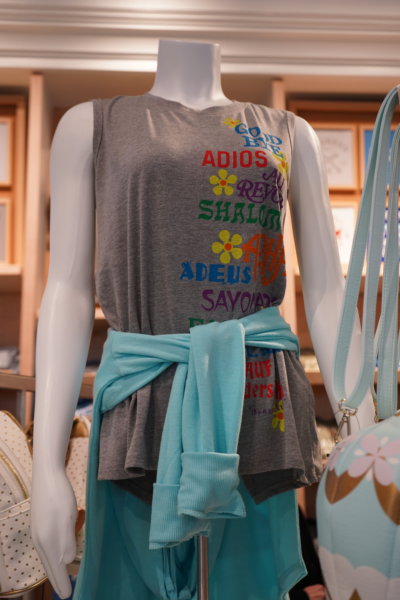 As great as it is to see these new items, we can’t forget about some of the other previously released it’s a small world-themed merchandise.

Carry the memory of your favorite attraction with you always with this it’s a small world-themed D-tech phone case. Pictured below is the iPhone 6/7/8 version, which is available for $24.99. 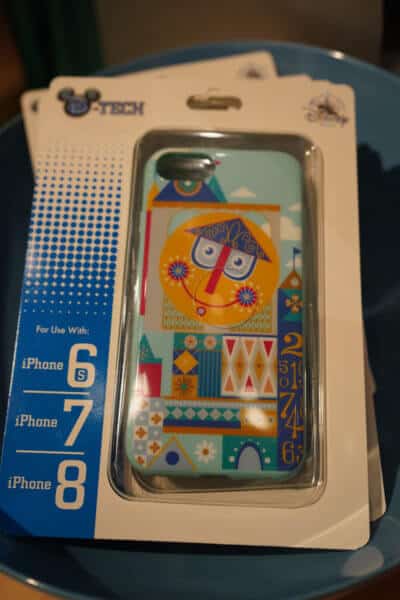 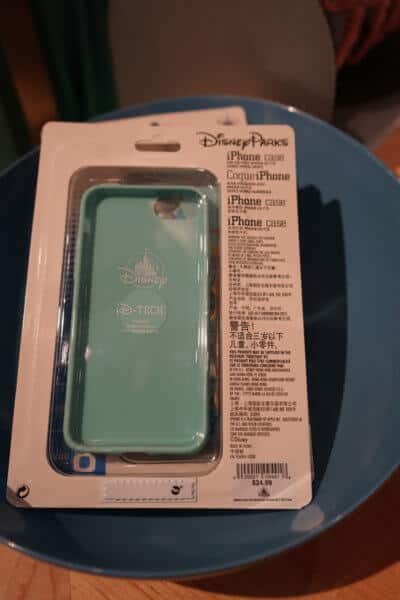 We also can’t forget this it’s a small world Loungefly wallet. The cute money holder features the ride’s famous “Glockenspiel,” the wacky cuckoo clock with a smiling face on the front and the Loungefly logo on the back. The wallet is available for $50.00. 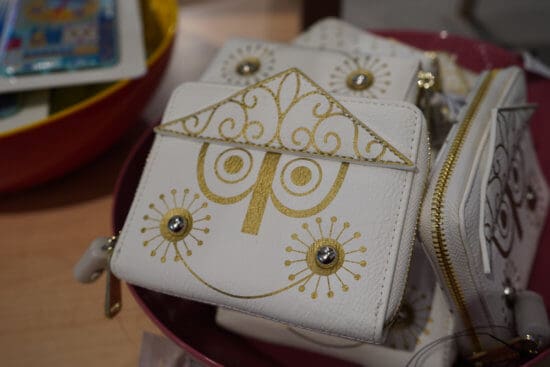 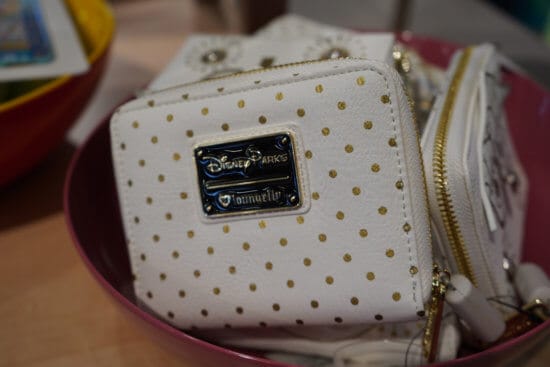 This next item will have you flying high as it’s shaped like the hot air balloon seen in the classic attraction, making your spirits soar wherever you travel. This item is available in stores, and also on shopDisney for $65.00. Get it here. 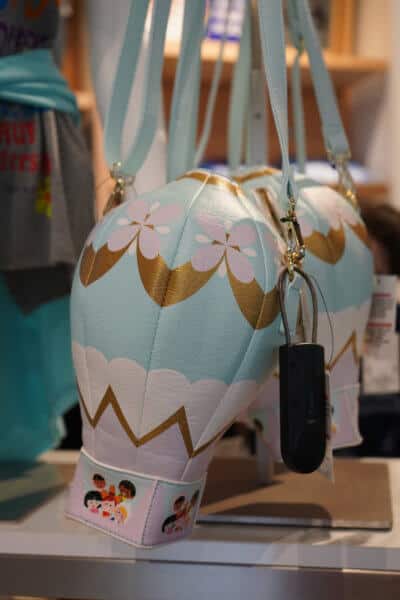 The it’s a small world attraction is only a small part of Walt Disney World’s many experiences. So why not take the memory of it with you as you journey throughout the many different parks, and resorts with this themed MagicBand. Similar to most other MagicBands, it can be used to redeem FastPass+, enter parks, charge purchases to your room, and more! The MagicBand is currently available on shopDisney for $29.99. Get it here. 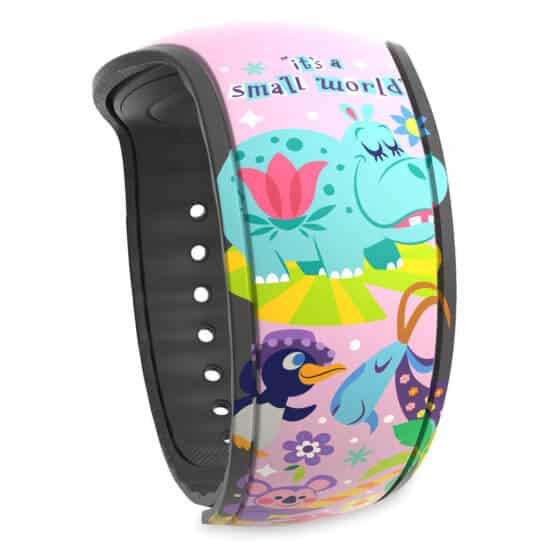 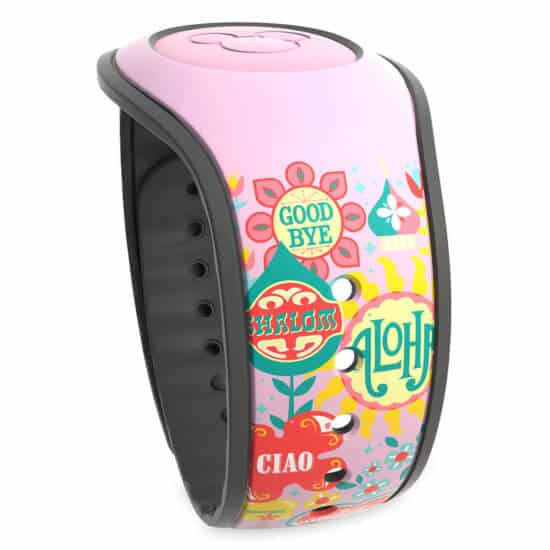 As we mentioned earlier, guests still can’t get enough of the it’s a small world-themed Minnie Mouse Ears, which only recently came to Walt Disney World. Select retails stores are still out of the ears at the different parks and Disney Springs, but they are also available on shopDisney for $27.99. Get them here. 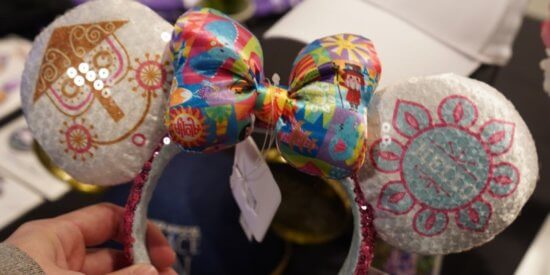 All of the items found in this article can be purchased at Disney Style in Disney Springs and at select retail locations around the Walt Disney World Resort.

Which of these it’s a small world-themed items are your favorite? Let us know in the comments below!