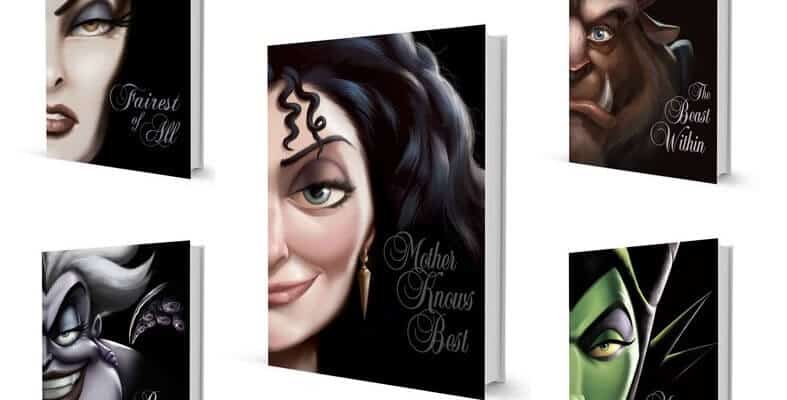 Guess what? Another new series is coming to Disney+, but this one has nothing to do with super heroes or musical theater kids. Instead, this one is based on some characters we all love to hate: the Disney Villains.

That’s right. Disney+ is developing an all-new series that will follow your favorite villainous Disney icons. The series will reportedly be based on the widely popular “Villains” book series published by Disney Press and authored by Serena Valentino. Much like the “Villains” books, the new Disney+ series, which Variety reports is currently titled “Book of Enchantments,” will tell the origin stories of several Disney antagonists, including Ursula of “The Little Mermaid,” Mother Gothel of “Tangled,” Beast of “Beauty and the Beast,” the Evil Queen of “Snow White and the Seven Dwarfs,” and Maleficent of “Sleeping Beauty.”

While these five villains are the only ones currently portrayed in the “Villains” book series by Valentino, we hope even more Disney antagonists will be included in the new show on Disney+. We would love to see the backstories of Jafar of “Aladdin” and Doctor Facilier of “The Princess and the Frog” come to life.

Steve Pearlman (Once Upon A Time ) and Michael Seitzman (Quantico) are developing DISNEY VILLAINS, for Disney+ the upcoming online video streaming service. Production is slated for the second quarter of 2020 at Ardmore Studios in Dublin, Ireland…more at https://t.co/hPqNyEDRAu pic.twitter.com/FLK12uGqh5

The new “Book of Enchantments” Disney+ series will be written and produced by Michael Seitzman. ABC Signature Studios will also produce the series. Production Weekly shared on Twitter this week that production for the show won’t start until 2020, but we’re still pumped about it. Disney and ABC have yet to formally announce the new series, but by the sounds of it, it’s sure to be a hit among fans of the “Villains” books and Disney enthusiasts of all ages.

Interested in reading the “Villains” books before the series? You can buy them on Amazon here:

We’re so excited to see one of our favorite Disney book series be brought to life on the small screen. We just wish we didn’t have to wait over a year to see it!

Which new series coming to Disney+ are you most excited for? Let us know in the comments!

Comments Off on Disney Villains series in development for Disney+