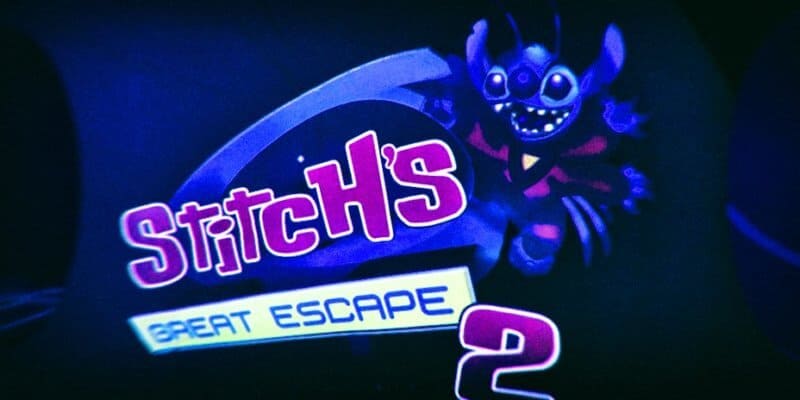 The thought of Stich and his Great Escape attraction completely vanishing from Walt Disney World’s Magic Kingdom in Florida prompted one London fan to further the mischievous alien’s adventures. Picking up after the purple and blue four-armed creature made his exit from the Orlando, FL theme park, this fan brilliantly brings experiment 626 crashing into his London home.

Enter London theater lighting tech Neil Robinson and his passion for “things that go burp in the night.”  Neil spent a year perfecting his at home attraction, ultimately sharing the exciting experience with friends for a Halloween party treat.

The adorable alien first won the hearts of fans in Walt Disney Animation’s 42nd full-length feature “Lilo and Stitch” in 2002. From there several sequels and televisions continued the adventures of 626 and his friends. In 2003 Disney replaced ExtraTERRORestrial Alien Encounter with a more family-friendly version of the attraction – replacing the escaped frightening monster with a chili dog burping Stich in the immersive experience. On October 2, 2016 Stitch’s Great Escape transitioned to seasonal operation; running on select peak attendance dates. Though it was announced this limited availability would continue through 2018, the last time guests experienced 626 spitting and his infamous chili dog burp was on January 6th of that year. Aside from the opportunity to meet Stitch himself, no replacement has been announced. 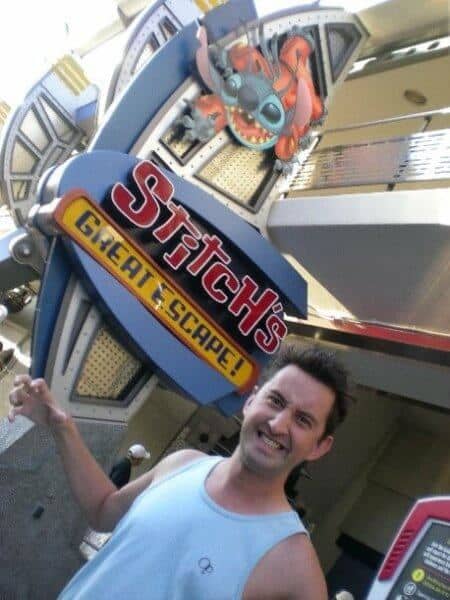 The thought of Disney exterminating that experience, however, just didn’t sit well with London theater lighting technician Neil Robinson. His love for theme parks along with working at UK destinations like Disneyland Paris fueled a new amusement endeavor for Neil:

“I was involved in creating, building and installing their Halloween scare attractions and got to use my theatre skills, immersing guests into our made-up worlds. After my time in the parks, I decided that I was going to mix my love of theme parks with my theatre skills and start my own business which would create pop-up 4D movie experiences. With my business Sensation Cinema Events, I’ve only focused on the movie aspect and this year I decided to use all of the 4D tech in another way altogether, creating my own custom Disney attraction.” 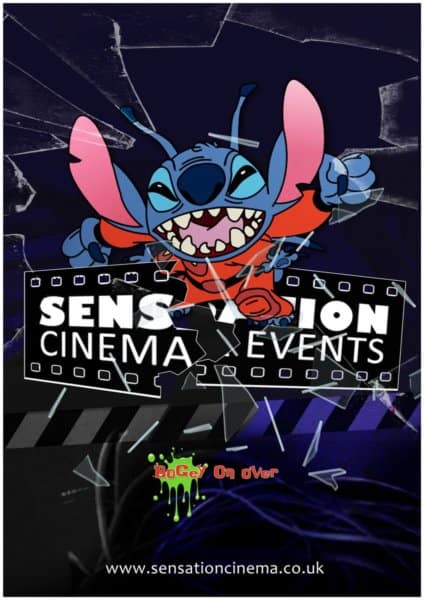 Inside the Magic (ITM) reached out to Neil (NR) for insight into his superb Stich sequel:

ITM: Where did you find the inspiration for this project?

NR: After basically wetting my pants during a visit to The Magic Kingdom and experiencing the original ‘Alien Encounter’, I always wanted to recreate it somehow, which is probably sub-consciously how my business came about. It’s really exciting that when done properly, a simple effect or lighting cue can add so much to a scene or environment, immersing (or terrifying) the audience. When Stitch took over Alien Encounter, I thought it was a perfect attempt to swap out the horror with some humor and I absolutely loved the new attraction … I guess that I’m one of a few.

With the never-ending talk of Stitch being replaced, I wondered where he would end up next and suddenly, I thought, wouldn’t it be cool if he crash-landed in London, took refuge at mine whilst hiding from the Galactic Federation and basically well, trashed the place.

I’ve always done Halloween big and wanted to move away from the standard haunted house theme and well away from the current trend of Halloween being overly bloody or aggressive. Friends always come over expecting something big, I knew that I wanted to scare them, but I wanted it to be fun and with a whole bunch of 4D tech at my fingers, I started planning. 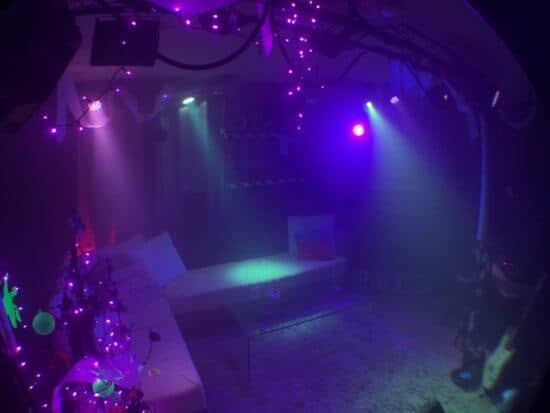 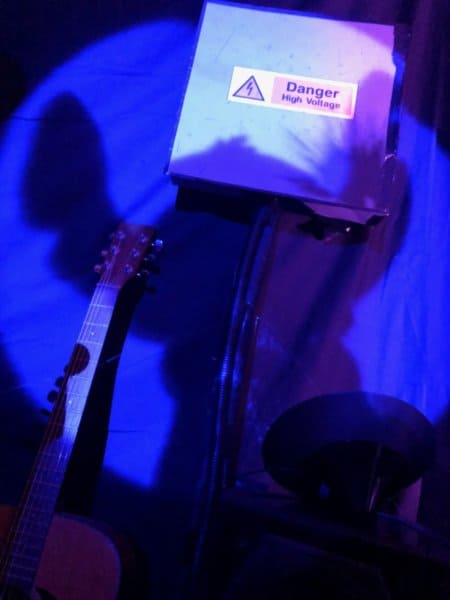 ITM: What went into crafting this attraction inspired experience?

NR: Stitch has taken me over a year to put together. I had a friend do his finest Stitch impression and I borrowed a few lines from the original attraction, which I edited into a full Dolby Atmos surround sound set up, using 11 speakers (4 above the audience) to pinpoint where Stitch would be in the room. I then asked the awesome go-to for theme park audio – IMAscore to create a fitting theme and some audio cues that I wanted, which really made the whole thing come together … Well, mostly … 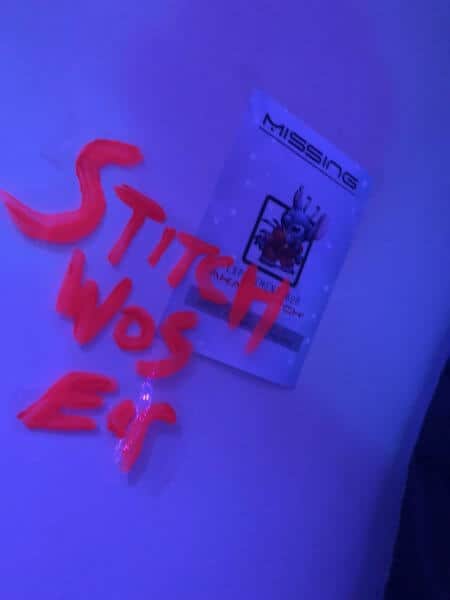 ITM: Please tell us about some of the features of your Stich sequel.

NR: Stitch wouldn’t be stitch without some awesome 4D effects. I’ve used everything from fog, wind, water, a full spectrum of colored lighting effects, right down to some of the startle effects built into my sofa like ankle and neck ‘ticklers’, back pokers and obviously scent (I couldn’t let the chili dog thing go quietly). I also have several tactile transducers or “bass shakers” installed in the seats, so that when stitch jumps onto the sofa, he really lands with a THUD and everyone feels it! 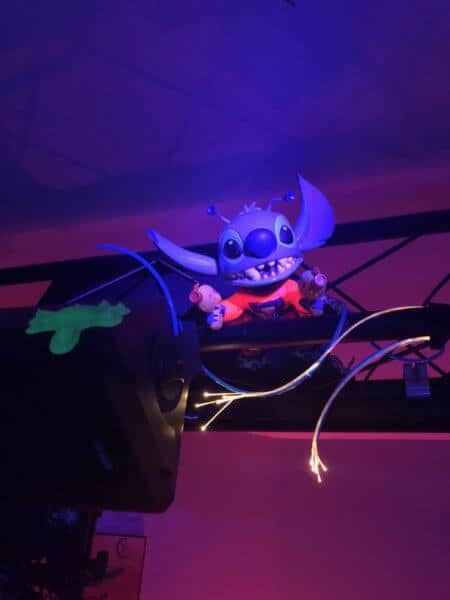 Neil’s dedication to keeping Experiment 626 alive and entertaining is a perfect example of fan-fueled creativity.  This light-hearted adventure proves that characters and themes brilliantly created by Disney continue to inspire and encourage loving fans to create amazing feats of at home imagineering.

A giant heartfelt thank-you goes to Neil Robinson for sharing his Stich inspired sequel attraction with us. To see more of his creativity be sure to check out Neal’s website, Twitter and Facebook pages. 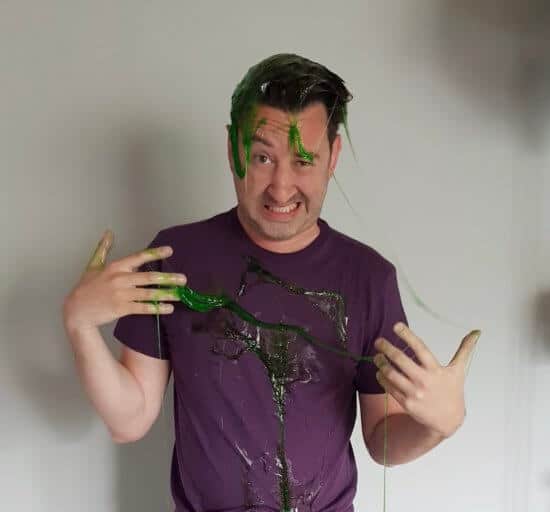