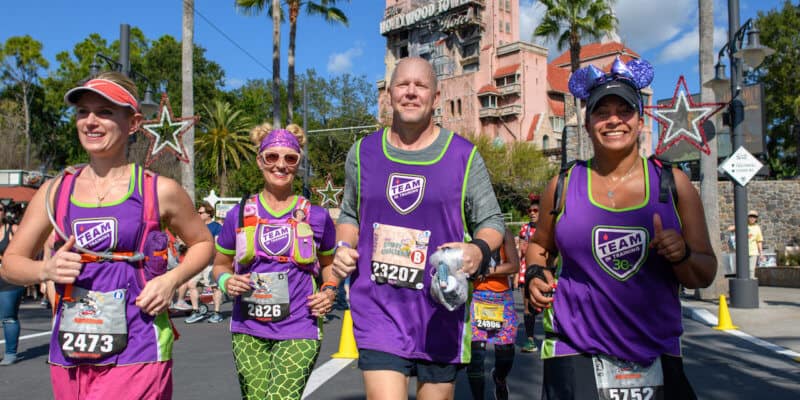 Cancer patient Ron Wertley completed the 48.6 mile Dopey Challenge during the recent Walt Disney World Marathon Weekend presented by Cigna. Wertley, who is currently undergoing chemotherapy for his illness, took on the challenge and completed the 5K, 10K, half marathon and full marathon!

Wertley, from Tampa FL, suffers from acute lymphoblastic leukemia, a type of cancer of the blood and bone marrow. According to Disney, after his diagnosis, he was given a 40-percent chance of survival right after completing the Dopey Challenge back in 2018. But out of his determination to keep his “perfect” status, Wertley decided to continue to train for this year’s challenge while undergoing chemotherapy.

, not knowing eight years later he would also be fighting for his life from a similar disease. Wertley has run in every Dopey Challenge with The Leukemia & Lymphoma Society’s Team In Training since 2014 and has since raised more than $22,000 to help support lifesaving research, patient support and education, and advocacy efforts that benefit blood cancer patients.

Disney reports that almost a year of aggressive chemo treatments sent Wertley’s cancer into remission, but in December 2018, it was found that the cancer had returned. This sent Wertley back into the hospital for 30 days to undergo an aggressive chemo regimen to fight the cancer again. But even still, Wertley did not let his cancer hold him back and with the backing of his 420 LLS Team In Training teammates, Ron was able to complete his sixth Dopey Challenge.

For those who have inspiring runDisney stories, be sure to share them with Disney by sending an email with details to WDPR.DisneySportsStories@disney.com.

Also, there’s still time to be a part of the next runDisney race weekend at the Walt Disney World Resort! For more information about the upcoming Princess Half Marathon Weekend presented by Children’s Miracle Network Hospitals (Feb. 21-24) and Star Wars Rival Run Weekend presented by OtterBox (April 4-7), be sure to visit runDisney.com