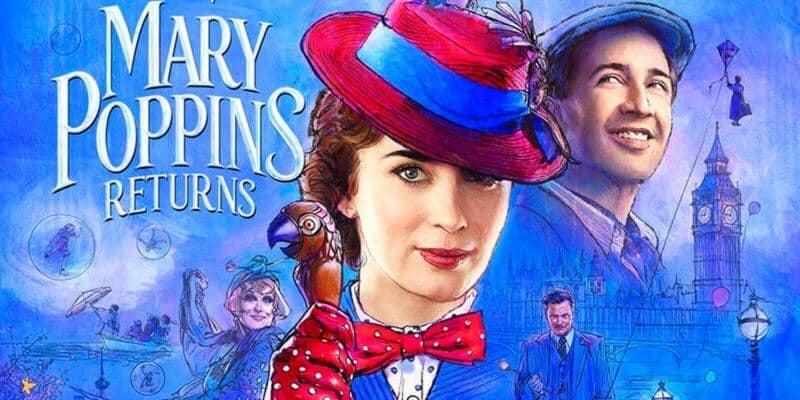 The magical nanny to the beloved Banks children first appeared on the big screen 54 years ago and then again at the end of last year. But could she be coming to the big screen again? According to director Rob Marshall, there could be another “Mary Poppins” film in the pipeline.

In a recent interview with The Sun, director Rob Marshall discussed the fact that there has been talk of another film. “It is early stages but I will say right now that there were eight books, so there’s a lot of great material still to mine. That’s what we worked from, those incredible eight books of P.L. Travers. So, you know…,” said Marshall at the American Airlines, BBC America and Jaguar Land Rover BAFTA Tea Party at London’s Royal Albert Hall.

Additionally, during the interview, Marshall stated that the franchise could possibly follow in the footsteps of other famous film franchises that go on for many sequels. “Listen, how many Star Wars films have there been, you know what I mean? Or James Bond films. If there’s a great character and story to tell, why not?” said Marshall.

The interview also included some thoughts from “Mary Poppins Returns” producer John DeLuca, who also thinks a third film will happen. If so, it would more than likely see Emily Blunt reprising the role of Poppins once again. DeLuca said: “Emily does light up when she speaks to me about it. And if the people want it, I think it will happen.”

According to The Mirror, “Mary Poppins Returns” has grossed over $260 million at the worldwide box office, making it one of Disney’s highest grossing films of 2018.

Disney has not commented on the idea of another Mary Poppins film. However, looking at The Walt Disney Company’s recent success over the past few years with sequels, it would not be a total surprise if the iconic nanny were to make another return in theaters.

Do you want another Mary Poppins film? Let us know in the comments below!

Comments Off on Another Mary Poppins film? Director Rob Marshall reveals a possible sequel is in “early stages”