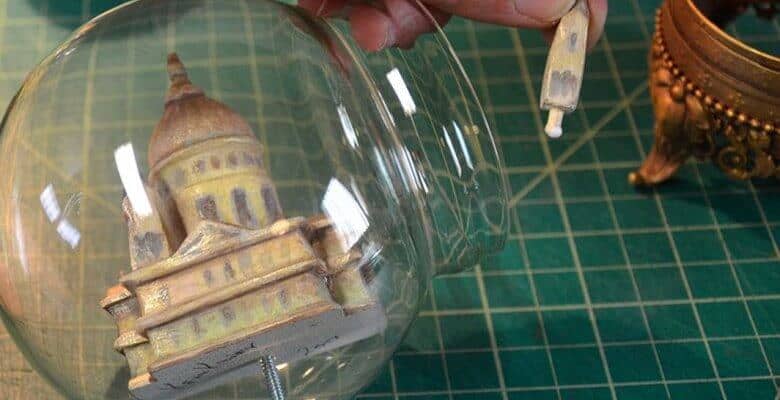 Disney’s “Mary Poppins Returns” brought the beloved nanny back to the big screen after a 54-year absence, and the movie featured a few nods to the original 1964 film. One of the most prominent Easter eggs comes early in the movie when grown-up Michael Banks (Ben Whishaw) is searching through items in the attic and discovers the iconic “Feed the Birds” snow globe.

According to D23, that snow globe prop went on quite a journey between “Mary Poppins” and “Mary Poppins Returns.” When Disney Legend Dave Smith was searching for items to include in the newly formed Walt Disney Archives in 1970, he discovered a treasure trove of memorabilia in the basement of the Animation Building. “Everywhere things could be stored, they were. There were even huge air-conditioning ducts in which boxes had been placed when there was no space for shelving,” says Smith.

One day, a valuable item popped up in an unexpected place. While speaking with head janitor Roy Geysor in his office, something on a shelf caught Smith’s attention: the original snow globe from “Mary Poppins.” It was a little battered from neglect and missing its metal base, but the globe portion with the model of London’s St. Paul’s Cathedral inside remained intact. “I asked Roy if he knew what it was, and he said no, that he had just found it in the trash one day and thought it looked cute,” Smith says.

Smith added the snow globe to the Walt Disney Archives, and in 2007, current Archives director Becky Cline hired designer Kevin Kidney to re-create the base. “The original snow globe was handmade by one of my art heroes—Disney Legend Rolly Crump,” says Kidney. “The glass portion with the cathedral was on display in the Archives, but the metal base had been missing for nearly 50 years. I was able to re-create it from production stills and screenshots.” 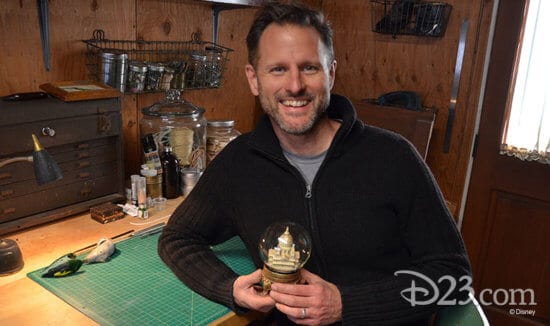 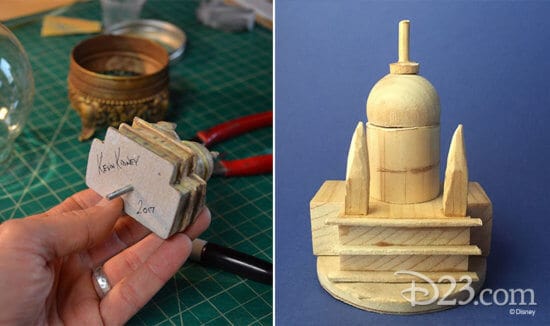 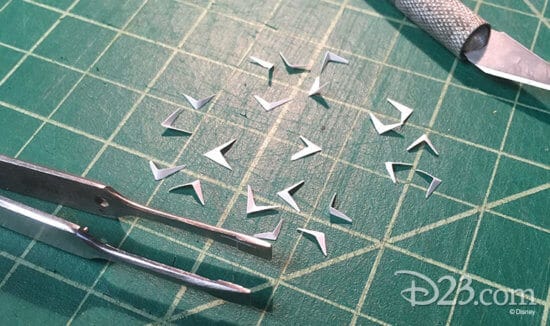 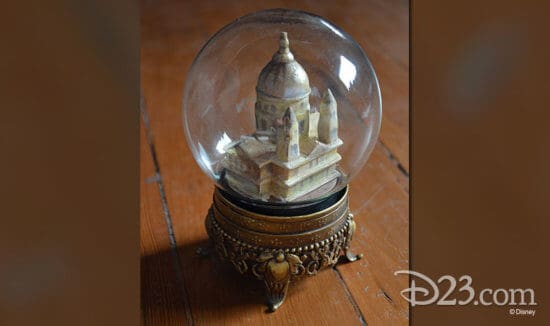 When production began for “Mary Poppins Returns,” director Rob Marshall and production designer John Myhre paid a visit to the Archives to see some of the original props. “Delicately laid out on the table was Mary Poppins’ carpet bag, some toys from the children’s room—including the blocks that spell out her name—and the St. Paul’s snow globe,” says Myhre. “Being over 50 years old, the snow globe had lost its water. It was beautiful and had a haunted lost memory feel to it. Rob knew instantly that it needed to be included in the attic set where Ben Whishaw, as Michael, finds memories from his past.”

Michael’s moment with the snow globe provided an instant hit of nostalgia for fans of the original movie, even though Mary Poppins did technically pack the snow globe back into her carpet bag before flying away the first time. (Perhaps she had a change of heart and left it behind for Jane and Michael). Eagle-eyed viewers may have also spotted the toy blocks spelling out Mary Poppins’ name in the background of the same scene, along with a few other Easter eggs scattered throughout the movie.

Have you seen Disney’s “Mary Poppins Returns” yet? Share your thoughts on the new movie in the comments below!