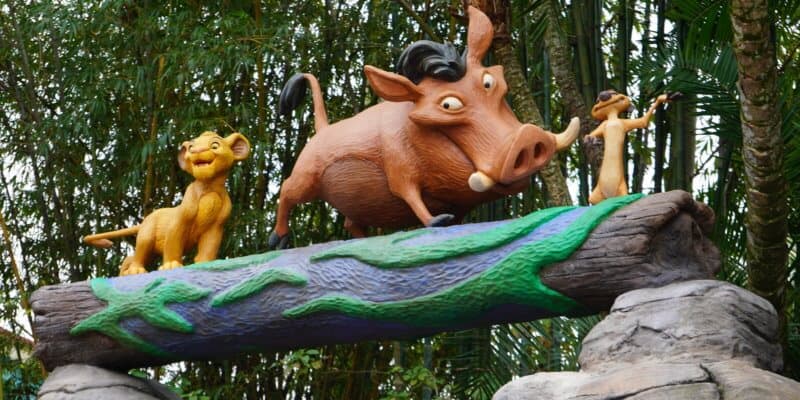 In celebration of the 25th anniversary of Disney’s “The Lion King,” Disney’s Animal Kingdom has just premiered a new photo opportunity for park guests to celebrate the classic animated film by posing with some of its biggest characters.

First premiering back in 1994, the film has become one of the most beloved Disney movies of all time. So loved, it’s inspired a brand new CGI remake, which is set to hit theaters in the summer of this year. Building on the excitement for the remake and anniversary of the original, this new photo spot creates a fun way for guests to celebrate the film’s famous characters.

The new photo opportunity features Simba, Pumbaa, and Timon, the original trio from the film, perched on a log situated on two rocks atop a streaming waterfall and rock formation.

The picture spot, located across from Tiffins restaurant, features a Disney PhotoPass photographer to take your pictures with your friends and family. 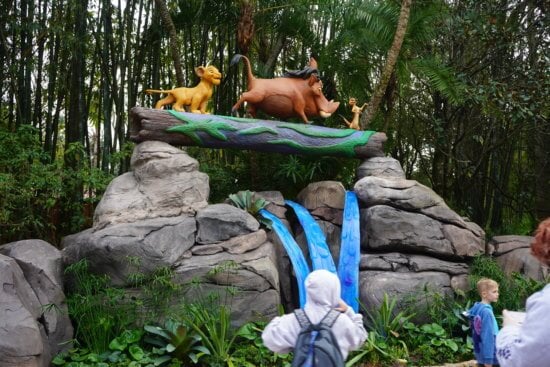 This new photo spot isn’t the only celebration of “The Lion King” coming to Disney’s Animal Kingdom. Beginning Memorial Day weekend and appearing nightly through Sept. 30, 2019, a new sequence of projections and music paying tribute to “The Lion King” will premiere in the nighttime projection Tree of Life Awakenings show.

For those who have never experienced Disney’s Animal Kingdom at night before, the iconic Tree of Life “awakens” throughout each evening as the animal spirits are brought to life by magical fireflies that reveal colorful stories of wonder and enchantment. During this experience, projections of nature scenes take over the magical tree and light up the night sky of the animal-themed park.

Some of the projections that currently take place in the show include flickering fireflies stirring to life the animal spirits in the tree’s towering trunk, a young doe embarking upon a thrilling journey, hummingbirds blossoming new love, and a sly fox spreading gifts of love among the denizens of a wintry forest.

Are you going to pose with these iconic characters on your next trip to Disney’s Animal Kingdom? Let us know in the comments below!