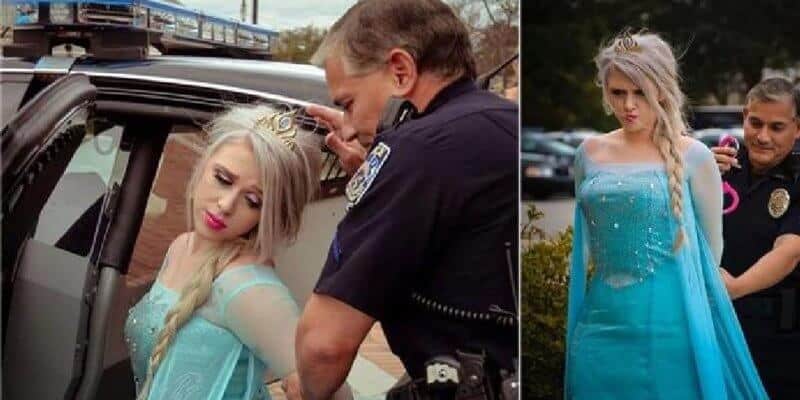 Warning, Disney Princesses. Your favorite snow queen is in trouble once again!

McLean Police Department in Illinois posted on Facebook on Tuesday sharing that they arrested Queen Elsa due to the dangerously cold temperatures currently hitting the midwestern United States. According to WRIC, 72% of the U.S. population will experience below-freezing temperatures this week, and 25% will experience subzero temperatures. Like Arendelle in “Frozen,” the U.S. is in “deep, deep, deep, deep snow,” so Elsa’s alleged freezing spell may not come as a surprise.

The McLean Police Department’s Facebook post shows police arresting Queen Elsa with the caption, “ATTENTION: Due to the EXTREME COLD weather, all criminal activity and acts of stupidity and foolishness has been cancelled. Even Elsa has been placed under arrest with NO BOND until further notice. Thank you for your attention and understanding to this matter. Respectfully, the McLean Police Dept.”

ATTENTION: Due to the EXTREME COLD weather, all criminal activity and acts of stupidity and foolishness has been…

Since sharing the photos of Elsa’s alleged arrest, several Facebook users have responded, some even sharing their kids’ reactions.

One user, Morgan Mckelvey, commented, “I showed my daughter and she’s been crying for a half hour now.”

Another parent, Melinda Shaffer, said, “My 4 yr old walked by at the wrong time.. She does not think this is funny at all. She wants to know why you arrested her friend.”

But while some comments share funny responses to the concept of Elsa actually being arrested, others point out that these photos aren’t as recent as they claim to be. It looks like this isn’t the first time police departments have claimed to have arrested Elsa for her ice powers getting out of hand. If you take a closer look at the photos shared by McLean Police Department, you’ll see that they were actually taken a few years back in South Carolina.

Back in 2015, the Huffington Post shared a story about police in Hanahan, South Carolina, who arrested Elsa for bringing unusually cold weather to the area. Take a look at the original photos below, in which Elsa is depicted allegedly attempting to freeze a fountain at Hanahan City Hall. 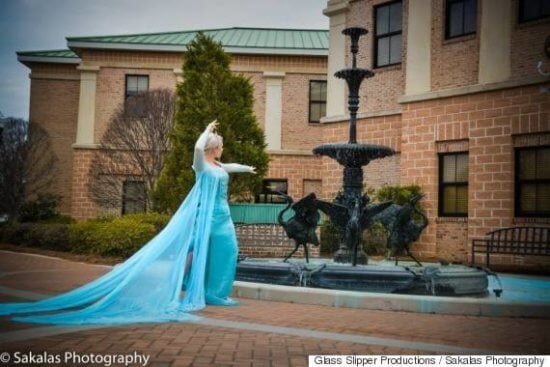 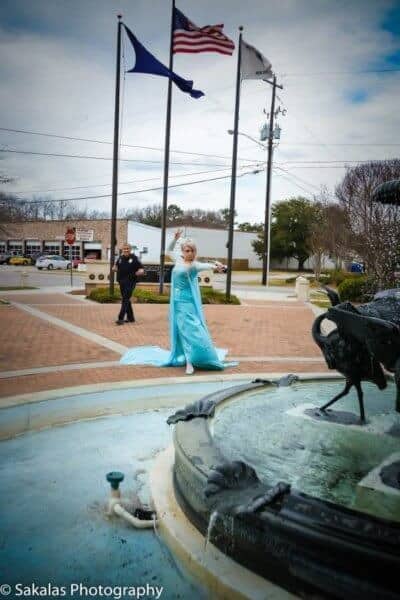 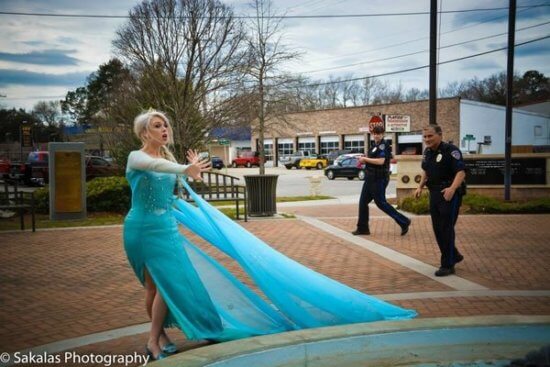 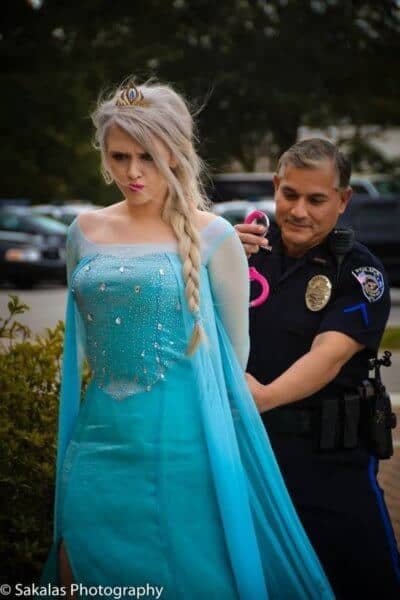 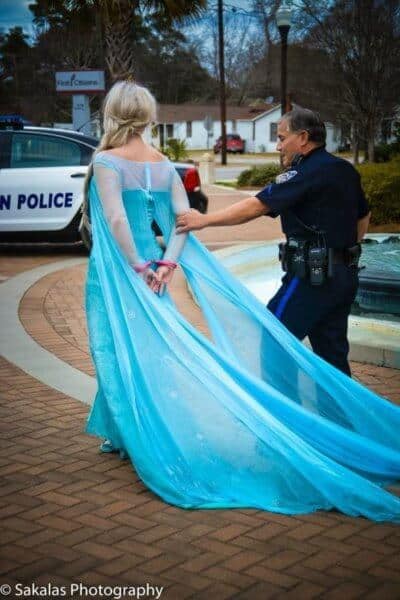 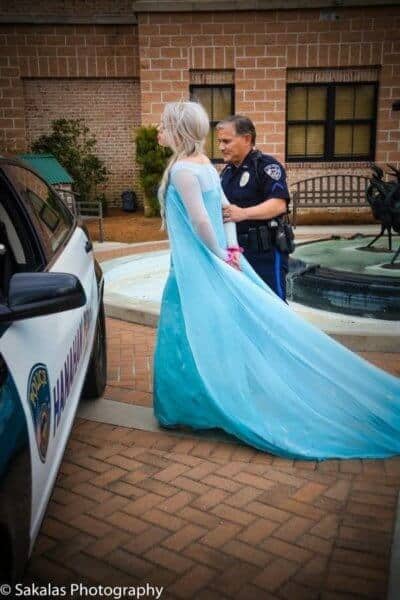 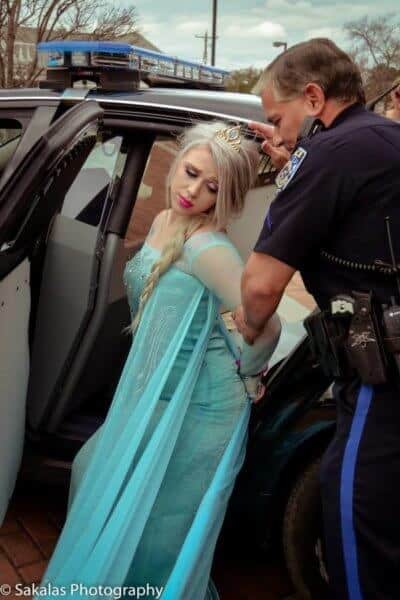 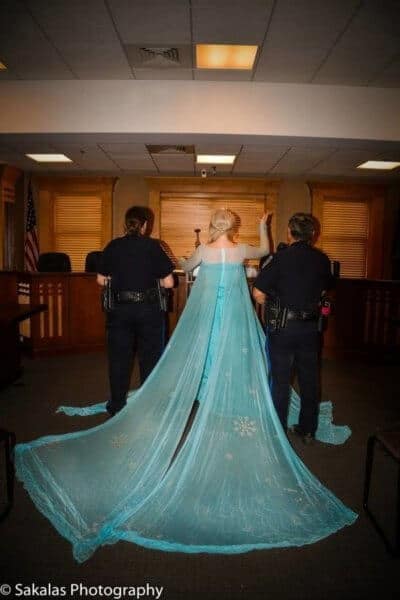 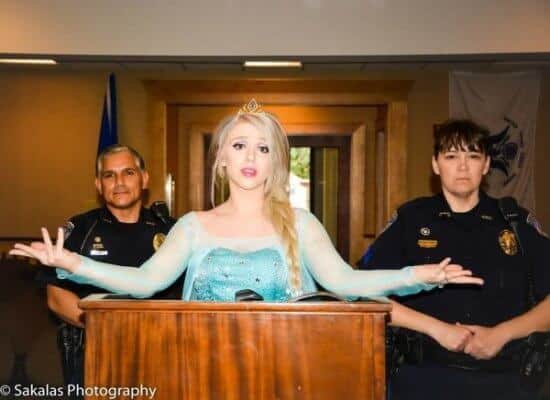 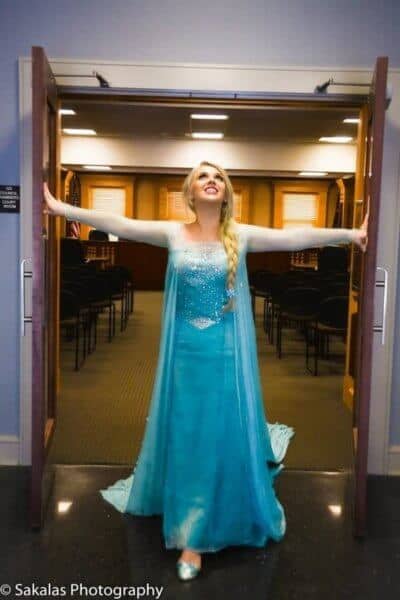 The Ice Queen is Freed! She has to do Community service in return for her freedom

Whether or not Elsa has actually been arrested, we’re not so sure. But like everyone in the Midwest, we hope the Arendelle-like frigid cold weather ends soon! Elsa, any way you can help us out?

Comments Off on Elsa was arrested for summoning subzero temperatures…again