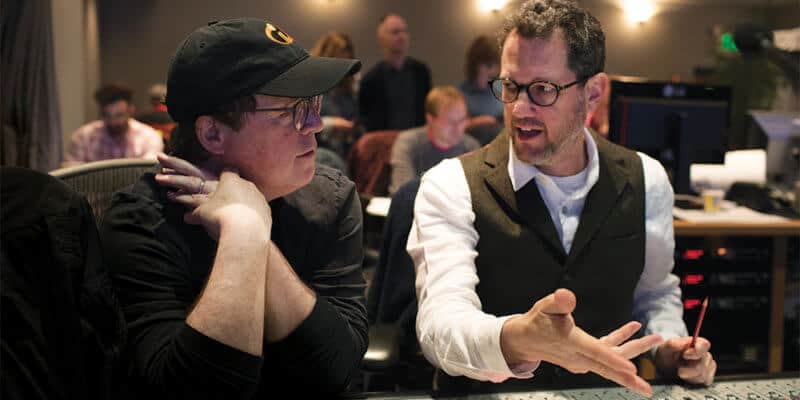 Writer-director Brad Bird and composer Michael Giacchino are frequent collaborators on some of Disney’s biggest films, and now the pair is working on an original, live-action/animated musical, says Bird.

During an interview with Variety at the BAFTA Tea Party, Bird revealed a few details about his next project:

Well, it’s a musical, actually. I don’t know anything about musicals so I figure I should do this because I’m deathly afraid of it and that sounds like a cool thing. It’s a project I’ve been wanting to make a long time. It’s got about 20 minutes of animation in it. It’s an original project I assure you, you don’t know.

#Incredibles2 director Brad Bird gives details on his next project, including that it will be a musical #BaftaTeaParty pic.twitter.com/NfucPRpnai

When asked who was doing the music for the new project, Bird revealed Michael Giacchino is on board. Though he didn’t specifically say the project is for Disney, the duo has teamed up on several successful Disney features in the past. Most recently, they worked together on “Incredibles 2,” which enjoyed major box office success this past summer. Their other collaborations for Disney include “The Incredibles” (2004), “Ratatouille” (2007), and “Tomorrowland” (2015). Outside of Disney, they worked together on “Mission: Impossible – Ghost Protocol” (2011).

Details on the premise and plot of the new project were kept under wraps but Bird promises it will be an original story, so we can rule out a sequel. If the project is indeed for Disney, the studio is no stranger to live-action/animation hybrids. A few notable examples of the technique include the recent “Mary Poppins Returns” (2018) and, of course, the original “Mary Poppins” (1964). Disney also released “Who Framed Roger Rabbit” under its Touchstone Pictures division in 1988.

While we don’t know much else about the project at this point, it definitely has us intrigued. Based on the previous collaborations from Bird and Giacchino, we’re excited for whatever else they have in store in the coming years.

For more from Brad Bird, be sure to read our recent interview with him on his time working with Disney’s Nine Old Men.