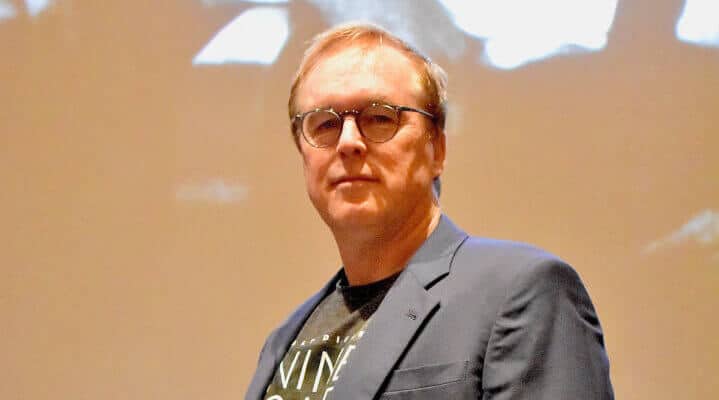 Disney’s Nine Old Men, the core group of animators in the early days of Disney Animation, have all reached Disney Legend status. For many aspiring animators, the chance to work with these masters of animation would have been a dream come true, but for a young Brad Bird, that dream became a reality.

Bird, who began his career as an animator for Walt Disney Studios with “The Fox and the Hound” (1981) and “The Black Cauldron” (1985), was introduced to Disney’s Nine Old Men when he was just 11 years old. By the age of 14, his talent as an animator led to a mentorship with Milt Kahl, who worked on characters for “Peter Pan,” “Lady and the Tramp,” “Mary Poppins,” “The Jungle Book,” and many other classic Disney films.

On December 15, 2018, Bird spoke about his time being mentored by the Nine Old Men during the Walt Disney Family Museum’s Nine Old Men: Masters of Animation exhibition. Ahead of the sold-out talk, Bird chatted with Inside the Magic to give us a few highlights from his upcoming presentation.

Cristina Sanza, Inside the Magic: Can you talk about how your work first caught the attention of Disney’s Nine Old Men when you were a teenager?

Brad Bird: I had always loved cartoons but I started getting into the idea of animation as a job when I saw “The Jungle Book.” I started working on a film and around the same time, friends of my parents mentioned they had gone to school with George Bruns, who did the music for a lot of the Disney features at the time. They asked me if I would like to meet him because he was going to come up and visit them and I said, “Absolutely.” So he came up and I just heckled him for probably three hours straight with questions about Disney Animation and he was very sweet and indulgent and answered all my questions. At the end of it, he said, “Do you ever get down to LA?” and I said, “Well, yeah, sometimes.” He said, “Next time you’re down, I’ll take you through the studio and you can meet everybody.”

I looked at my parents with a trembling lip, like, “When? When can I go down?” They made sure I got down there pretty quick and George gave me a tour through Disney and I met all these animators. So I was 11, and I remember meeting Frank [Thomas] and Ollie [Johnston], and George saying, “Brad has just started a film and he wants to be an animator,” and they smiled at me a certain way. I still remember their faces. But it was a way that said, “You’re gonna lose interest in this in two weeks, kid, and we’re never gonna see you again.” It was this sort of patient smile, like, “Yes, that’s very nice.” I think they were shocked when, three years later, I sent them a 15-minute animated film.

My parents told me when I got it done, they said, “You should send it to the best person, the best people you can think of, and when they turn you down, you think of who’s the next people you admire. And then when they turn you down, you say who’s the next?” They said that way the first person who agrees to talk with you will be the best person you can get. So I thought, “Who’s the best?” and I said, “Well, it’s Disney.” So I’m going to send my film down to the Disney Studios and see what they say, and when they turn me down, I’ll figure out the next place. So I sent it to Disney but they didn’t turn me down. They were impressed, and they started me on the road to my chance to be mentored by some of these masters. I was just 14 when that happened.

ITM: What kind of mentorship did you have with them?

Bird: They didn’t have any formal mentorship program there because they were just starting to get the idea that their animators weren’t going to live forever. They had never had any need, once they got all the talent trained in the ’30s, they had enough people to do everything they wanted to animate. Because the animation department got smaller over the course of time, particularly after the ’50s, they never had a need to bring in any new talent because they had everyone they needed and everyone was fine and able to whatever was required. But they were surprised when some of the later films they did became real hits and they were starting to think there’s no one trained in this style of animation, there’s no one to replace us. I kind of happened along at that time and so they didn’t have a mentorship program in place. They thought, “Who’s one of the best animators we have?” And it was Milt Kahl.

So I got mentored by Milt Kahl, and later on, they figured Milt was not a verbal teacher. He kind of sputtered and would do these amazing drawings to show you what you were missing, but Eric Larson was probably a more gentle teacher. So, Eric became the guy years later, but at the time, they were just sending me to who they thought was just great, and that was Milt. Fortunately, I had the kind of personality that I was not intimidated tremendously by Milt the way some people were. He was very supportive of me and encouraging. He was very critical, but critical in a way that I could handle because my family was sort of an outspoken family. We were rowdy at the dinner table, kind of like the family in the “Incredibles” scenes. Everybody was kind of talking at once and sharing what’s going on, so for Milt to be forthright in his criticism, it didn’t tremble my knees or anything like that. I was okay with it. But he scared a lot of young people, apparently. For whatever reason, I had the kind of temperament that was absolutely fine with that and I learned a lot from him.

ITM: Do you have a favorite story or piece of advice you got from Milt?

Bird: Milt, like I said, he kind of sputtered around a lot. People have done imitations of him, I do an imitation of him. He kind of stammered a little bit when he got passionate about stuff, which was frequent. He also got so tremendously into what he was doing. It was infectious because he absolutely loved it. As good as he was at draftsmanship, just plain drawing was not interesting to him. I was shocked that he said he didn’t particularly enjoy drawing because his drawings were so magnificent and he did them, seemingly, easily. I think that animation and its particulars was somehow the perfect job for Milt and I don’t think he ever derived the kind of pleasure that he got from animation from anything else. When he went into retirement he got into wire sculpture and did some painting and all that but I never sensed that he got the kick from it that he got from animation.

I think that beyond draftsmanship, he loved that he could be anything in animation. He could be an old, refined French woman, he could be a tiger that was arrogant, he could be a punch-drunk bear, he could be Peter Pan. He could do anything and as much as he could do a serious piece of draftsmanship that you have to just be bang-on to do well, he could do really cartoony characters just as easily and have a ball with both. I think he enjoyed the more fun animation. Often, he got assigned the prints because other people weren’t able to do the prints the way he would be able to because of his level of draftsmanship. He didn’t particularly like those assignments — he took a certain amount of pride in them because no one else could do them — but he didn’t enjoy them the way he enjoyed doing Shere Khan or Madame Medusa or Kaa or King Louie. Those were more fun for him.

ITM: Can you speak a bit about what guests will learn during your talk, Nine Old Mentors: Brad Bird’s Reflections, on December 15?

Memories From the Children of the Nine Old Men, the final talk in the Nine Old Men exhibition, takes place on Saturday, January 5 at 2:00 PM. For more information and to purchase tickets, click here.