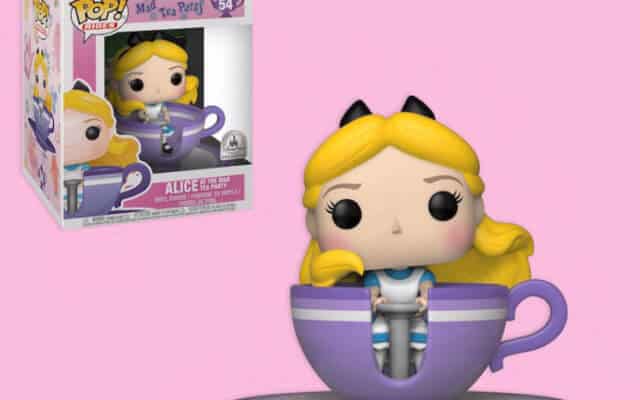 Disney recently revealed another attraction-themed collaboration with Funko Pop! and we can’t wait to get our hands on it. The latest Disney Funko Pop! is Alice at the Mad Tea Party, and this is probably the cutest figurine yet.

The new Alice at the Mad Tea Party Funko Pop! features your favorite curious Fantasyland gal spinning in her own purple teacup. Those who frequent Disneyland Resort know that often guests can see Alice and the Mad Hatter spinning along with park guests on the Mad Tea Party attraction. This figurine is an ode to not only one of the most recognizable Disney characters but also the fan-favorite Fantasyland attraction and the characters who call it their own. 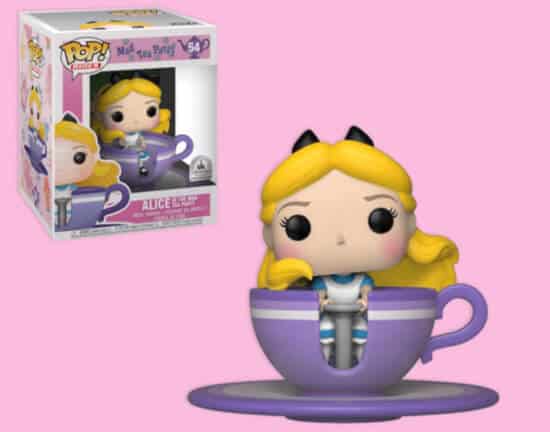 This is the latest Disney Parks-exclusive figurine from Funko, following several other figurines that were big hits among Disney fans and collectors in the past. What makes these collectibles so irresistible isn’t their exclusivity or even their adorable looks. Instead, it’s the fact that they are themed to our favorite attractions. We loved the Abominable Snowman from Matterhorn Bobsleds and Pirate Redd from Pirates of the Caribbean. Even the Orange Bird was a fantastic release, as so many Walt Disney World guests look forward to catching a glimpse of their favorite Adventureland icon every time they pick up an Orange Swirl on a hot Florida day. Like other Funko Pop! figurines exclusive to Disney, Alice at the Mad Tea Party is available for a limited time while supplies last.

You can purchase the Disney Funko Pop! Alice at the Mad Tea Party figurine online and at the following locations:

What is your favorite attraction-inspired Disney Funko Pop! figurine? Let us know!