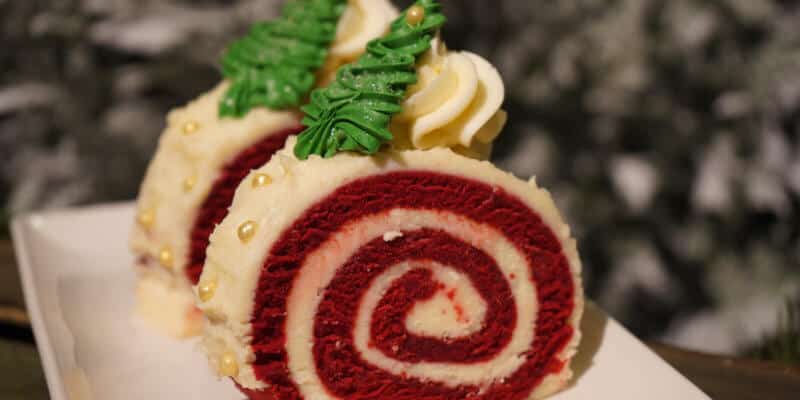 Universal Orlando is the most delicious and action-packed destination for the holidays, as both Universal Studios Florida and Universal’s Islands of Adventure are now featuring festive holiday sweets, treats, and drinks!

Beginning with a toothsome treat that will leave you salivating, take a look at the Red Velvet Yule Log, which features rich red velvet cake, cream cheese and garnishes of a little Christmas tree. 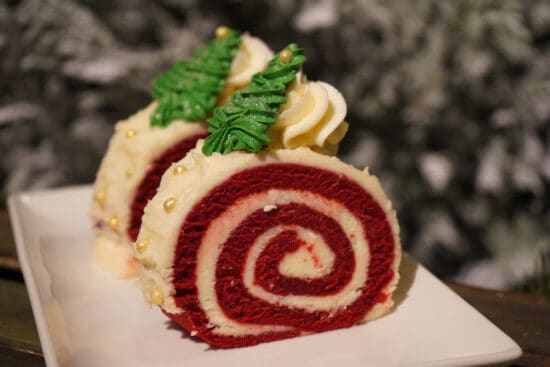 One of the richer holiday dessert offerings, you might find this treat overwhelming with its rich cream cheese filling. I recommend tackling this cake with a friend, especially because of the generous serving size of each slice. The Red Velvet Yule Log can be found at Croissant Moon Bakery in Universal’s Islands of Adventure park, as well as the Beverly Hills Boulangerie and San Francisco Pastry Company in Universal Studios Florida.

Another treat to put you in the spirit of the season is the Apple Strudel on a Stick, which comes drizzled with Christmas color frosting. 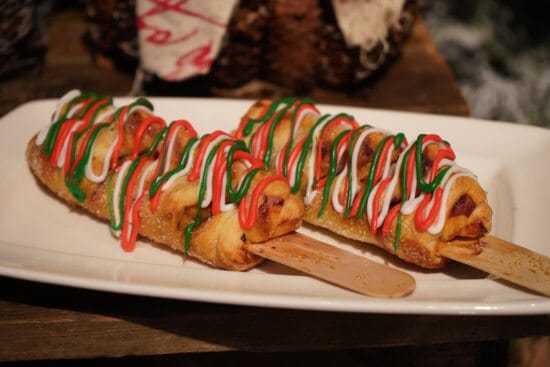 Each Strudel is baked fresh every day and packed full with chunky and sweet apples. I recommend this treat for any guest looking for something easy to eat on the go, especially when walking through busy crowds between the different attractions in the parks. The Apple Strudel on a Stick can be found at Croissant Moon Bakery in Universal’s Islands of Adventure, as well as the Beverly Hills Boulangerie and San Francisco Pastry Company in Universal Studios Florida.

Another sweet to sample is the Gingerbread Cheesecake, which is made in-house every day at the parks. These little sweets may be cute and happy on the outside, but be warned, they do pack a little spice from their gingerbread twist on the classic dessert. 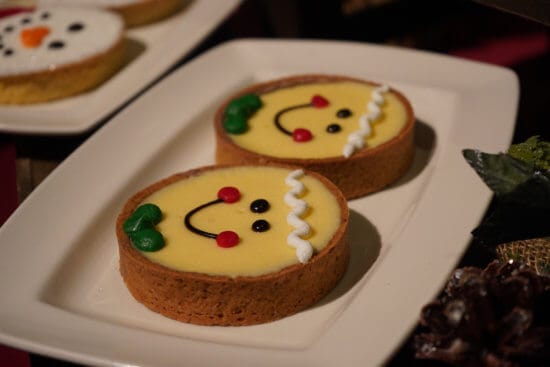 The Gingerbread Cheesecake can be found in multiple locations around both Universal’s Islands of Adventure and Universal Studios Florida.

One other Cheesecake to sample at the parks includes this Snowman Cheesecake, which is flavored with peppermint and can be similarly found around both Universal’s Islands of Adventure and Universal Studios Florida. 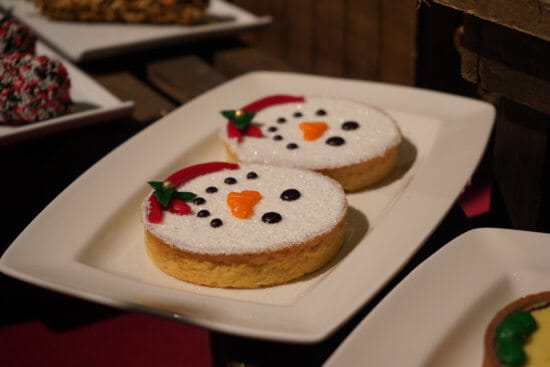 Additional treats to be found around the park also include the Reindeer cupcakes, waffles on a stick, ribbon pastries and a variety of sugar cookies. 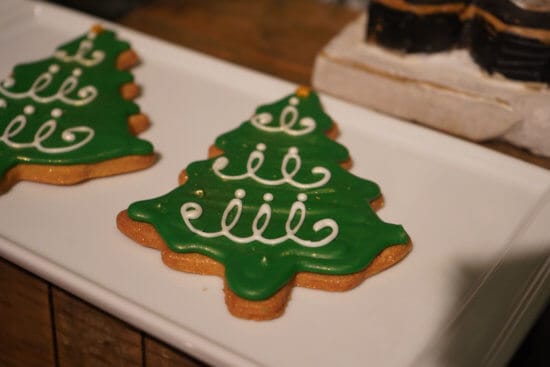 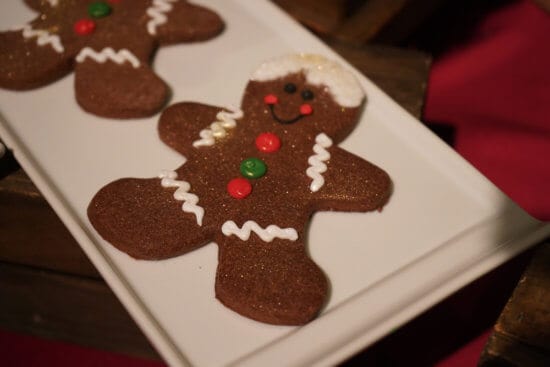 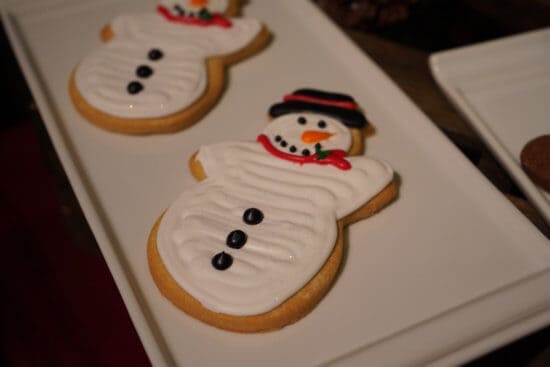 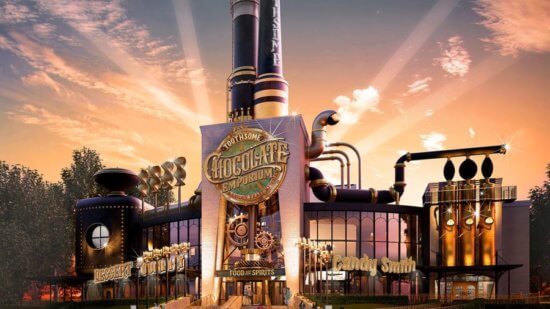 If you’re wanting to take a break from the parks and enjoy Universal CityWalk, Toothsome Chocolate Emporium & Savory Feast Kitchen will also be offering some holiday delights.

This full-service restaurant, bar and confectionary’s festive and fun holiday treats include the following: 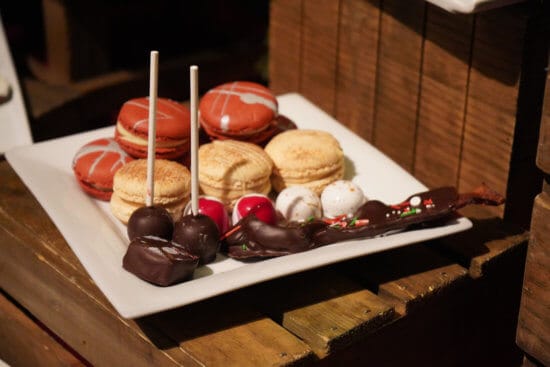 For guests looking for more savory offerings this holiday season, they can enjoy the Holiday Plate, found in the Wizarding World of Harry Potter – Hogsmeade at Three Broomsticks and in Diagon Alley at the Leaky Cauldron. This hearty offering includes oven roasted turkey, wild mushroom and sage stuffing, brown butter and walnut Brussel sprouts, root veggies and a roasted tomato accompanied by traditional gravy and spiced cranberry sauce.

For those looking to ring in the holidays with merry libations, look no further, because Universal Orlando will be offering a wide arrangement of yuletide drinks.

The sweet Cranberry Margarita is made with Tequila, orange liqueur, lime juice, and cranberry juice shaken and served on the rocks. The drink also features Garnish with a lime wedge, fresh cranberries, and a sugar/salt rim. 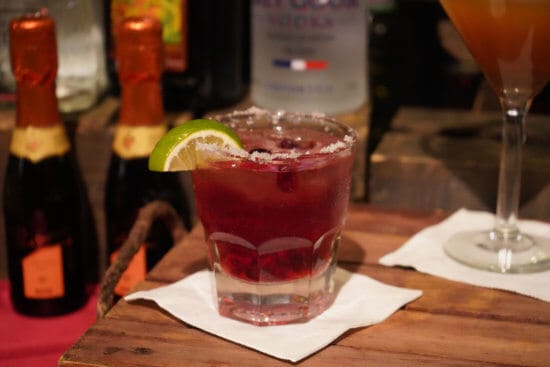 This drink can be found at Finnegan’s Bar & Grill in Universal Studios Florida and Mythos in Universal’s Islands of Adventure. 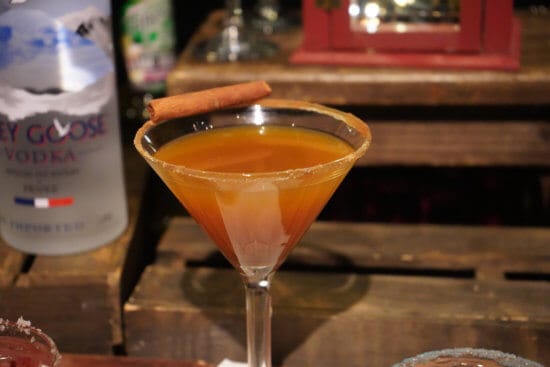 This drink can be found exclusively at Mythos in Universal’s Islands of Adventure.

A sweet twist on a classic, the Apple Cider Irish Mule, is made with Irish whiskey stirred with apple cider, topped with ginger beer and a cinnamon stick and apple slices for garnish. 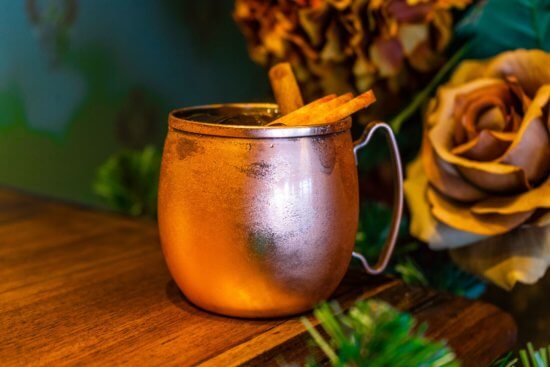 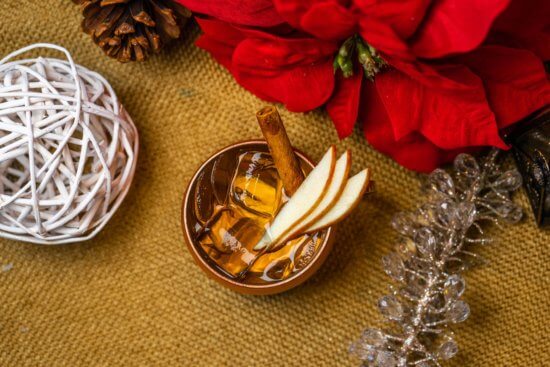 This drink can be found at Lombard’s Seafood Restaurant in Universal Studios Florida.

Named after the famous snowman, the Jack Frost is made with vodka, prosecco and mixed with lemonade and a sugar rim. This cool drink can be found at Lombard’s Seafood Restaurant in Universal Studios Florida and Confisco Grille in Universal’s Islands of Adventure. 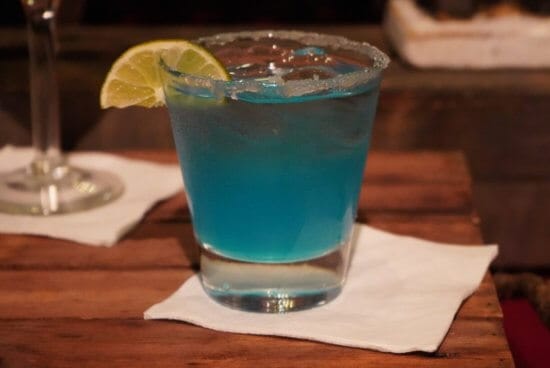 For guests looking for sweet drinks that are more family friendly (non-alcoholic), they can enjoy the Candy Cane Frozen Beverage and the Eggnog Frozen Beverage. Both drinks are served park-wide at food & drink carts. 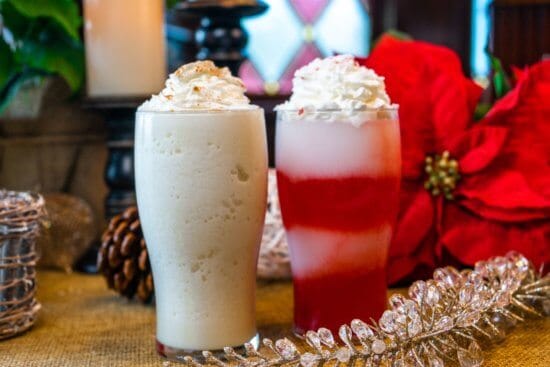 All of the drinks featured in this article are available today and will continue to be served throughout the holiday time at Universal Orlando, which runs through January 6.

Which of these joyous holiday offerings do you want to try first? Let us know in the comments below!