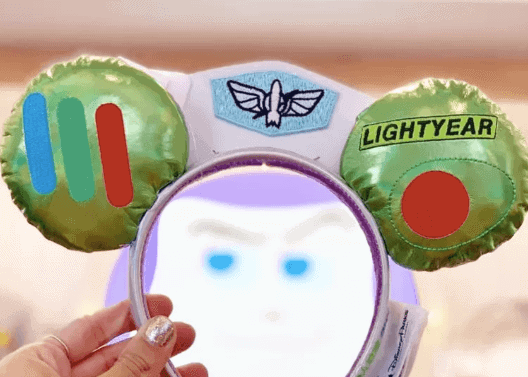 Space Rangers, take notice: a new Buzz Lightyear ears headband has landed at Disneyland Resort, and the style will soon arrive at Walt Disney World, too.

The ears are inspired by Buzz’s iconic space suit with a green background, button appliques, and his “Lightyear” nametag. A set of wings adorn the back of the ears and Buzz’s signature phrase, “To infinity…and beyond!” is embroidered along the side of the headband.

At Disney California Adventure, you can currently find these ears at Knick’s Knacks on Pixar Pier. On the opposite coast, they’ll also be available soon in Toy Story Land at Disney’s Hollywood Studios.

The gang from Disney-Pixar’s “Toy Story” has lots to celebrate both in and out of the parks. Pixar Pier, a re-imagined land, opened at Disney California Adventure in June 2018. In addition, Toy Story Land opened at Disney’s Hollywood Studios and Shanghai Disneyland this year. Plus, excitement has started to build for “Toy Story 4,” which arrives in theaters on June 21, 2019.

Will you be seeking out the new Buzz Lightyear ears headband at Disneyland Resort or Walt Disney World?