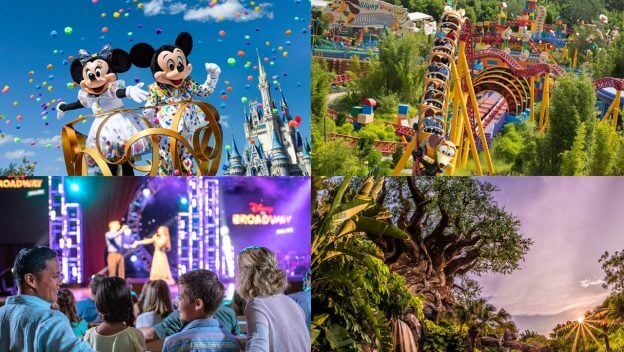 2019 is just a few weeks away, and you can start the year with a Walt Disney World vacation thanks to special 4-Park Magic Tickets, which go on sale January 18, 2019.

The 4-Park Magic Ticket includes one admission to each of the Walt Disney World theme parks (Magic Kingdom, Epcot, Disney’s Hollywood Studios, Disney’s Animal Kingdom) for a total of four admissions during your trip. Prices start at $85 per day for a Value ticket, or you can purchase a Select ticket for $89 per day or a Summer ticket for $95 per day. Valid admission dates vary by ticket, but you can start using all three ticket options on January 18, the same day they go on sale. Here’s more information, courtesy of Walt Disney World:

Early 2019 promises to be a fun time to visit Walt Disney World, with new entertainment and experiences debuting January 18. For example: