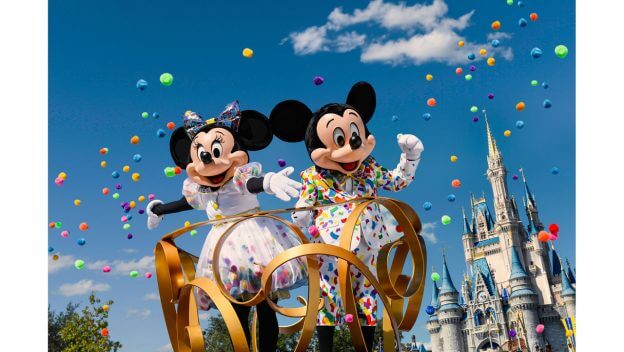 Disney Parks around the world are honoring Mickey and Minnie Mouse’s 90th anniversary this year, and the parties last into 2019, too. As part of the festivities, Mickey and Minnie will debut new celebration outfits at Walt Disney World, Disneyland Resort, Shanghai Disney Resort, and on Disney Cruise Line.

Mickey’s suit features a colorful confetti pattern, while Minnie’s puff-sleeve dress includes pompoms and a bubble skirt. “The looks that Mickey and Minnie will be wearing to celebrate their 90th anniversary represent all of the colorful exuberance of a party and birthday party decorations, complete with confetti, balloons, pompoms, streamers and more!” said Senior Costume Designer Joe Kucharski. “These playful bursts of color and texture are set against crisp white, meant to evoke the nostalgic feeling of frosting, crisp linens and tissue paper.” 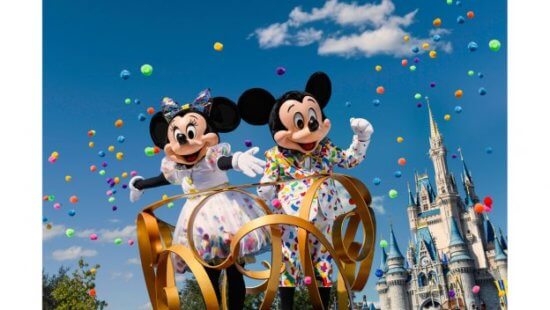 The new outfits will be featured at the following locations:

At Walt Disney World, the outfits debut as part of “Move It! Shake It! MousekeDance It! Street Party,” which opens January 18 during Mickey & Minnie’s Surprise Celebration at Magic Kingdom Park. This limited-time celebration includes specialty food and beverages, new merchandise, and new entertainment to honor the true originals, Mickey and Minnie Mouse. During the street party, guests are invited to dance with Mickey, Minnie, and their pals in front of Cinderella Castle. 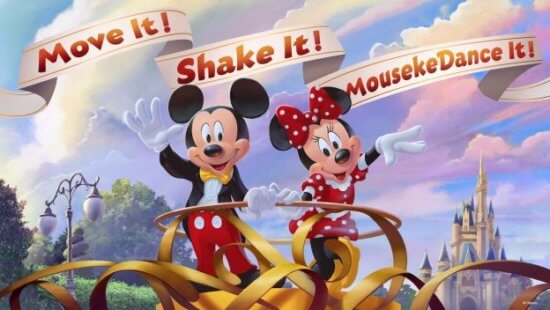 In addition to celebrations in Disney Parks, lots of retailers are creating new merchandise for Mickey’s 90th. From the True Original Gold Collection on shopDisney to stylish fashion from Rag & Bone, there are plenty of ways to pay homage to your favorite mouse this year.

Are you looking forward to seeing Mickey and Minnie in their new celebration outfits? Let us know in the comments below!