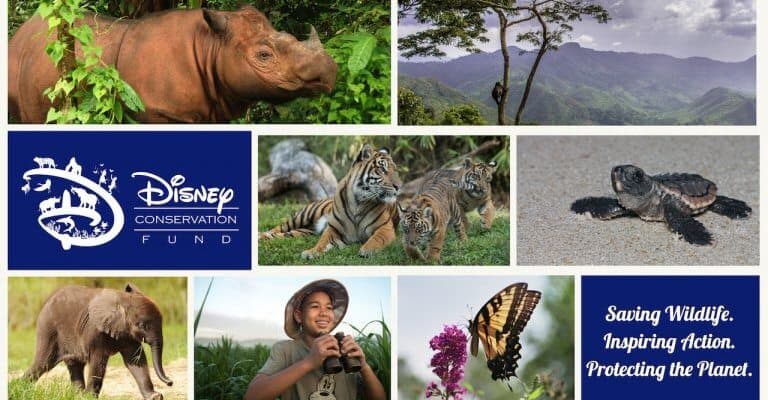 The Disney Conservation Fund has awarded over $5 million in funds to support 76 worldwide organizations working to protect the environment across the globe, Disney announced on Wednesday. With these grants came also the announcement of the Disney Conservation Hero award recipients, 13 individuals who have made efforts to save wildlife and inspire their communities to do the same.

Organizations worldwide, from several countries in Africa to the United Kingdom to Chicago, IL, were granted funds to secure their projects and help with their ongoing efforts. Grant recipients will use these funds to further their projects that benefit numerous wildlife species. Some of the worldwide projects include the protection of Jamaican rock iguanas from habitat loss due to invasive species and reducing threats Eastern Pacific leatherback turtles in Costa Rica. Other projects include the shorebird habitat conservation in Los Angeles and protecting mountain meadow butterflies in Grand Teton National Park in Wyoming. Each project focuses on a specific region or species and aims to better the environment to help our planet thrive, something that is clearly supported by the Disney Conservation Fund.

Among the organizations granted funds this year are seven Florida-based organizations, who were given $782,000 to fund academic research, wildlife conservation, and habitat restoration. Even our own backyard of Florida is home to a breadth of research and restoration opportunities, and Disney is helping for these to continue.

The Disney Conservation Fund is largely supported by the Walt Disney Company, but you can contribute, as well. Funding for grants such as these is supplemented by generous contributions of Walt Disney World Resort guests. Animal Kingdom park guests have the opportunity to donate any amount of money of their choosing to the Disney Conservation Fund with every purchase they make at the Animal Kingdom park. Guests sailing aboard Disney Cruise Line or staying at select Disney Vacation Club resorts also have the opportunity to donate.

If you want to learn more about the Disney Conservation Fund and where they support projects worldwide, check out this interactive map.