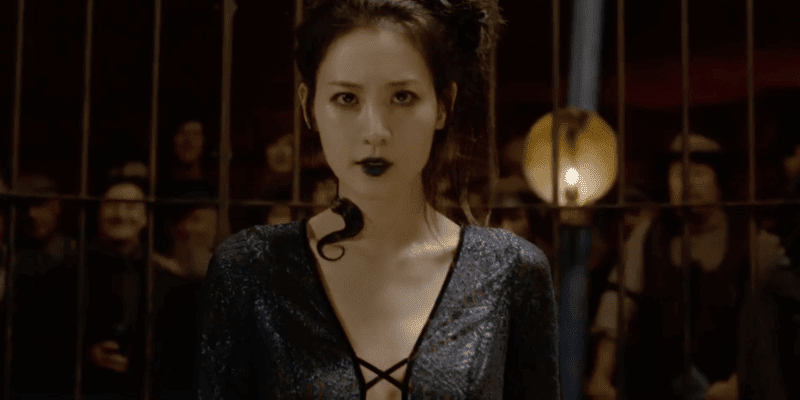 Warner Bros. has just released the final “Fantastic Beasts: The Crimes of Grindelwald” trailer and it reveals major news of Nagini, who is played in human form by Claudia Kim, and it gives fans a glimpse at a younger Dumbledore.

The biggest news coming from this new trailer is of the film’s character Nagini, who is portrayed by South Korean actress Claudia Kim. In the trailer, we see that Nagini is “a human “Maledictus” who eventually becomes Lord Voldemort’s trusty snake,” says Entertainment Weekly. As Nagini is revealed in the trailer for the first time she is seen as a member of the traveling Circus Arcanus, where she transforms into a snake before muggles’ eyes.

Another reveal from this new trailer comes in the form of a flashback, which shows Dumbledore and Grindelwald in their past as students. In this flashback, fans are given a look at an even younger Dumbledore than the version played by Jude Law. Keep your eyes peeled while watching as it is a pretty brief shot, which shows both characters touching the Mirror of Erised.

Are you going to see this film when it releases? Let us know in the comments below!