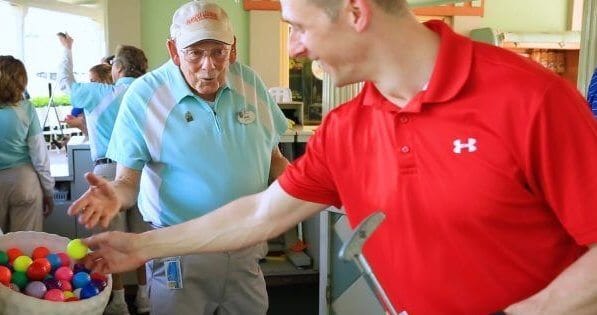 Walt Disney World Resort has a lot to offer outside of its four theme parks. Guests can enjoy incredible dining and entertainment options throughout the Resort, including the Fantasia Gardens Miniature golf course.

Cast Member Dave Hartmann did just that back in 1996 while on vacation with his wife. The couple drove by the course and thought it looked interesting, so they decided to play. In 2007, Dave became a Cast Member at Fantasia Gardens and had gone on to play the course 557 times!

After his first time playing, Hartmann began playing at Fantasia Gardens every time he vacationed at Walt Disney World Resort from 1996 to 2003. He played so often, and he was eventually offered a job at the course, which he happily accepted.

Hartmann also held the official course record of 47 on the par-72 course (a much better score than the 90 he shot in his first game). However, his love of the game and the system isn’t why he continues to work there today. He is more concerned with helping Guests enjoy the course themselves and create a magical experience.

“What keeps me coming back is the chance to spend time with people,” he says. “I enjoy going out and talking with the people on the course, and we have a lot of fun. That’s what gives them memories.” 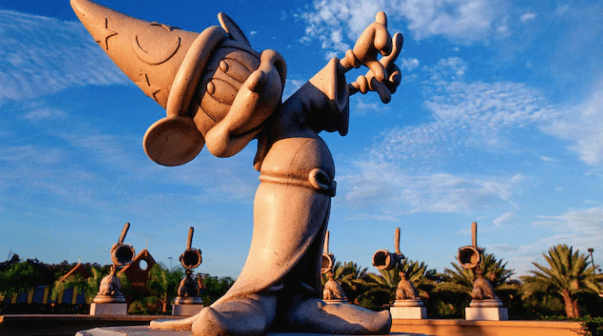 Fantasia Gardens Miniature Golf is located in the EPCOT Resort area, near the Walt Disney World Swan Hotel. The grounds feature two 18-hole miniature golf adventures based on Walt Disney’s classic animated film “Fantasia.” Adults can play for $14 each, and children can play for $12 each. The courses are typically open from 10:00 a.m. to 11:00 p.m…

Have you ever played at either Disney’s Fantasia Gardens Miniature Golf or Walt Disney World’s other course Winter-Summerland Miniature Golf? Let us know in the comments below!