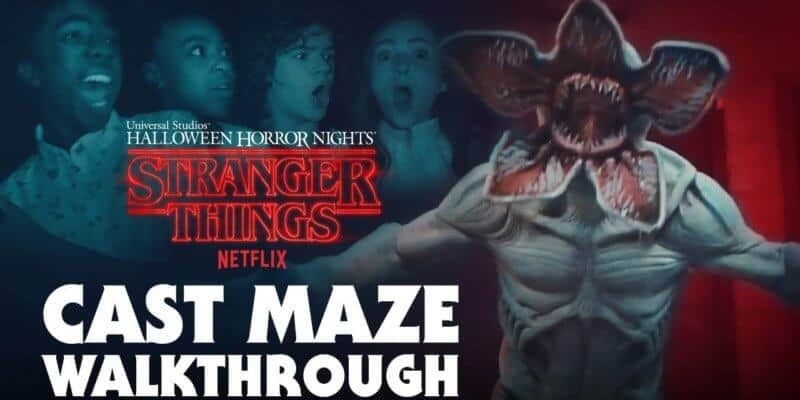 While the group experienced quite a few screams during their walkthrough, they shared a good amount of laughter too. At one point, the actors encountered a likeness of Gaten Matarazzo’s character, Dustin, in the maze. “That’s the scariest thing here,” Matarazzo quipped. After the walkthrough, they called their close encounter with the Demogorgon “freaking awesome,” “really great” and “so scary.”

The third season of “Stranger Things” is scheduled to premiere on Netflix in Summer 2019. In the meantime, in addition to the “Stranger Things” maze, you can ease the wait for new episodes with an official companion book arriving in stores next month. The book features interviews with the cast, character bios, a sneak preview of season three, and more.