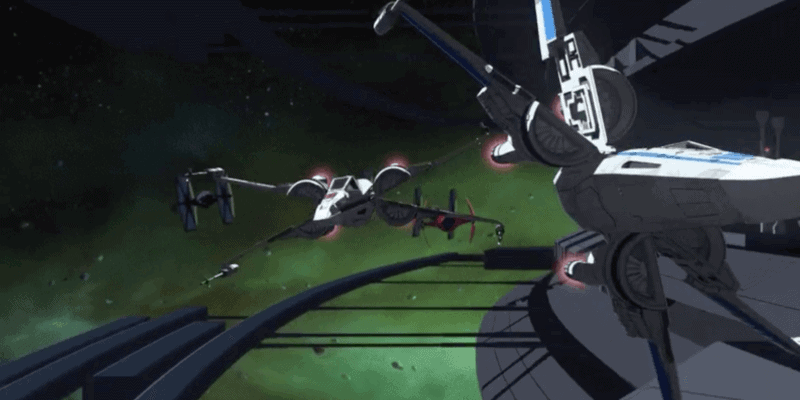 First announced earlier this year in April, not much news of this new series has been released. The only information that has been previewed of the coming show was its cast and its time period, which is before the events of “Star Wars – Episode VII: The Force Awakens.”

In this new trailer, we finally get a look at Kazuda Xiono, (voiced by Christopher Sean) who we now know will be given the mission of keeping an eye on the First Order. In addition to seeing Kazuda, the trailer also features some of the pilots who will aid Kazuda in his harrowing mission.

Take a look at some of this action in the trailer below.

You can see the war between the Resistance and First Order unfold when “Star Wars Resistance” premieres on Disney Channel next month. Here is a look at the official description for the first episode: