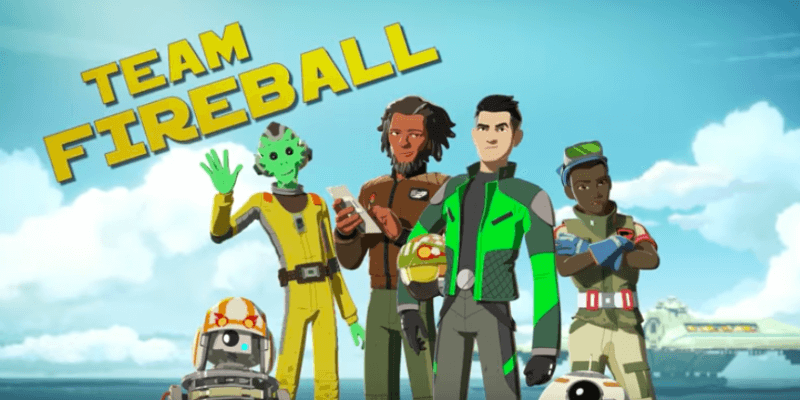 As announced back in April, an exciting new animated series coming to Disney Channel will bring fans back to a Galaxy Far, Far Away. “Star Wars Resistance” will be set before the events of “Star Wars – Episode VII: The Force Awakens,” and will depict the early days of the battle between the First Order and the Resistance.

A new video has been released in which “Star Wars Resistance” creator Dave Filoni (“Star Wars: The Clone Wars,” “Star Wars Rebels”) introduces fans to the heroes of this new animated series, known as Team Fireball.

The heroic Team Fireball consists of four new characters, including:

Kaz is the hero of the new series. He is a talented pilot who is given the assignment of spying on the First Order by Poe Dameron.

Yeager is a former pilot for the Rebellion, now working as a mechanic. He serves as the father figure to Team Fireball.

Another mechanic, Tam is a former racer who lost her ship. She is a tough, passionate character who wants to have a purpose in life.

The oddball of the group, Neeku is a naive genius with a huge heart. He will serve as an uplifting, positive influence for the team. 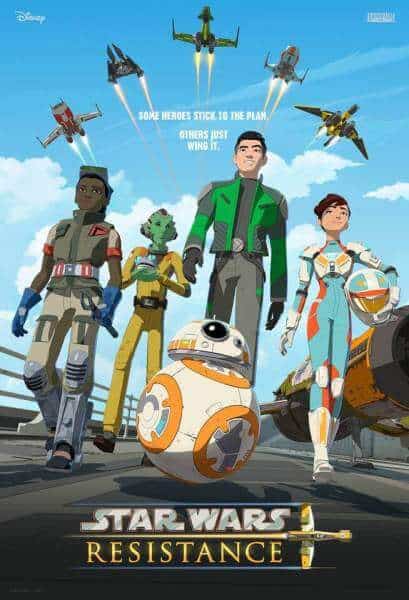 The official description for the first episode of “Star Wars Resistance” is as follows:

Are you looking forward to the premiere of Star Wars Resistance? Let us know in the comments below!