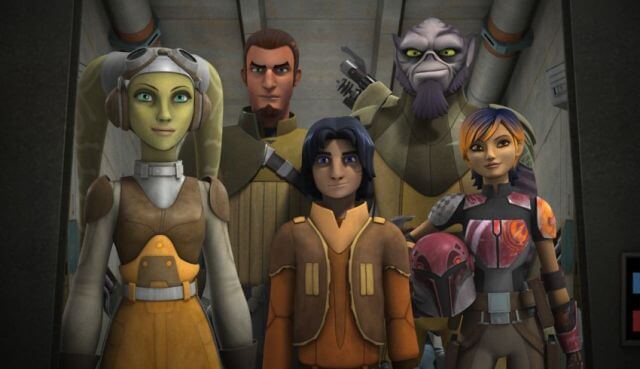 Since August of 2014, the exciting Disney XD animated series “Star Wars Rebels” has been thrilling fans with compelling stories set between Episodes III and IV of the larger Star Wars saga. Last night, the series came to an end with the white-knuckle finale “Family Reunion and Farewell.” Over this past weekend, the Walt Disney Studios lot in Burbank, California held a screening of the final two episodes to help local media and the show’s production team say goodbye.

After the screening, “Star Wars Rebels” creator and showrunner Dave Filoni took the stage with voice cast members Vanessa Marshall (Hera Syndulla), Tiya Sircar (Sabine Wren), Steve Blum (Zeb Orellios), and Taylor Gray (Ezra Bridger) to discuss the process of putting together the series finale and what it feels like to have completed the four-season run.

While Disney XD’s “Star Wars Rebels” is over for good, the ending of the series certainly left the possibility open for the story of Ezra and friends to continue. When will we get to see where their adventures take them next? Only time will tell.