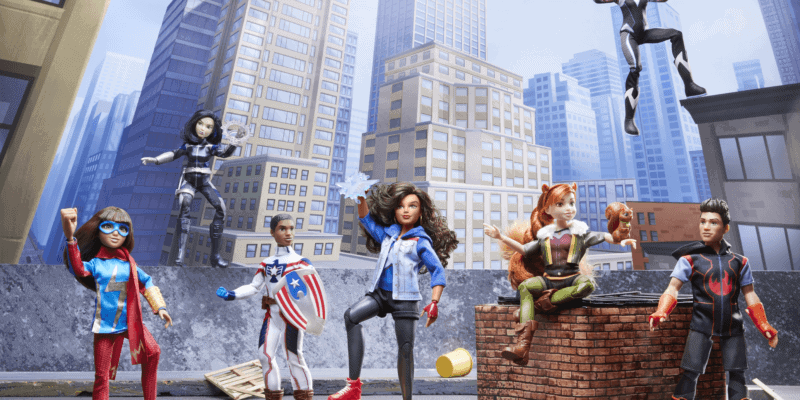 Hasbro has teamed up with Marvel and Disney to create a new line of toys inspired by the teen superheroes of Marvel Rising and the new animated movie “Marvel Rising: Secret Warriors,” which airs on Disney Channel and Disney XD later this month.

“Even Super Heroes have to make curfew! In the world of Marvel Rising, super-powered kids balance their ordinary lives with their extraordinary ones to discover that their greatest powers lie within. Strong on their own but even stronger as a team, these super teens use their unique skills and experiences to unlock their potential and find the confidence to better the world. With Marvel Rising, heroes like Ghost-Spider, Squirrel Girl, and Ms. Marvel ignite their inner power and team up to protect the world,” says Hasbro.

The new line includes 11-inch scale dolls with multiple points of articulation and superhero, training, and civilian outfits. Kids can also get into playtime with the Ghost-Spider Web-Slinger. Below, take a look at each of the new products. 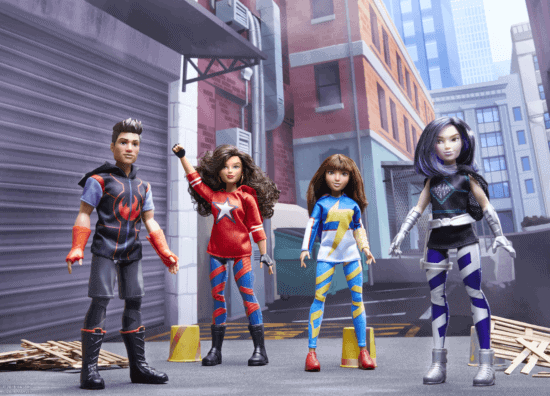 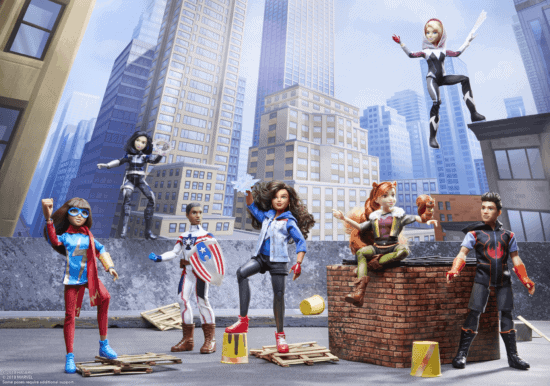 Gwen Stacy (Ghost-Spider) and Daisy Johnson (Marvel’s Quake) balance everyday life with superhero missions for these Secret Identity figures. Each pack comes with an 11-inch scale figure with 11 points of articulation and two signature outfits. Each group is sold separately and available at Target, Disney Stores, and HasbroToyShop.com.

Sling webs like Ghost-Spider with the new Web Slinger! It includes a fabric glove featuring a Ghost-Spider design, a gauntlet, a 3.7 ounce can of web fluid, and a water canister. Compatible with standard Spider-Man web fluid refill cans, sold separately. Available at Target, Disney Stores, and HasbroToyShop.com.