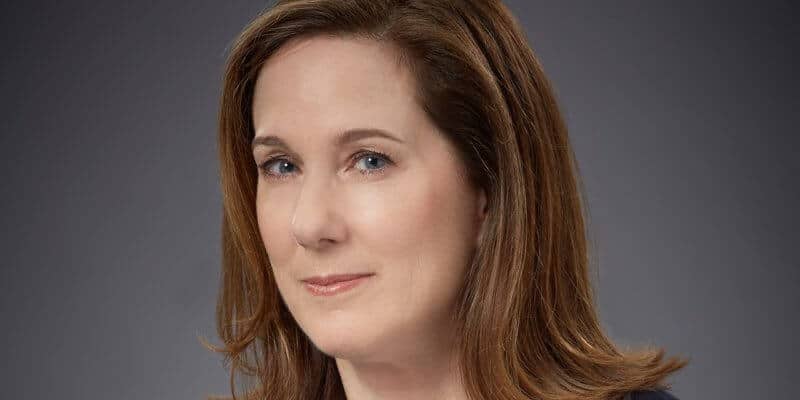 Since the early 1980s (and her first producer credit on Steven Spielberg’s iconic “E.T. the Extra-Terrestrial”), Kathleen Kennedy has had a tremendous impact on the world of popular storytelling and the art of American filmmaking. Of course, since 2012 Kennedy has served as President of the George Lucas-founded production company Lucasfilm, under its new owner Disney– helping to craft four feature “Star Wars” films including “The Force Awakens,” “Rogue One,” “The Last Jedi,” and “Solo,” with more on the way.

This coming February, in recognition of that enormous body of work, Kathleen Kennedy will be recognized alongside her husband and producing partner Frank Marshall with the Irving G. Thalberg Memorial Award, as announced last week by the Academy of Motion Picture Arts and Sciences.

Kathy and I are deeply honored to be recognized by the Academy with the Irving Thalberg Award and congratulate Marvin Levy, Lalo Schifrin and Cicely Tyson on their well deserved honorary Oscars. Thanks for all the good wishes, it will be a grand celebration! @TheAcademy @amblin pic.twitter.com/tvJVDKUpio

The Kennedy/Marshall producing partnership, formed in 1991, has generated Best Picture nominations for “The Sixth Sense” (1999), “Seabiscuit” (2003), “Munich” (2005) and “The Curious Case of Benjamin Button” (2008).  Kennedy/Marshall Company productions also include “Congo,” all five “Bourne” films, and “The Diving Bell and the Butterfly.”  Prior to forming Kennedy/Marshall, the duo co-founded Amblin Productions with Steven Spielberg, sharing a Best Picture nomination for “The Color Purple” (1985).  Additionally, Marshall received a Best Picture nomination for “Raiders of the Lost Ark” (1981), while Kennedy was nominated in the same category for “E.T. The Extra-Terrestrial” (1982), “War Horse” (2011) and “Lincoln” (2012). Kennedy is the first woman to receive the Thalberg Award.

The Honorary Award, an Oscar statuette, is given “to honor extraordinary distinction in lifetime achievement, exceptional contributions to the state of motion picture arts and sciences, or for outstanding service to the Academy.”  The Irving G. Thalberg Memorial Award, a bust of the motion picture executive, is presented to creative producers “whose body of work reflects a consistently high quality of motion picture production.”

The 91st Annual Academy Awards telecast will be held on February 24, 2019, at the Dolby Theatre in Hollywood, California.