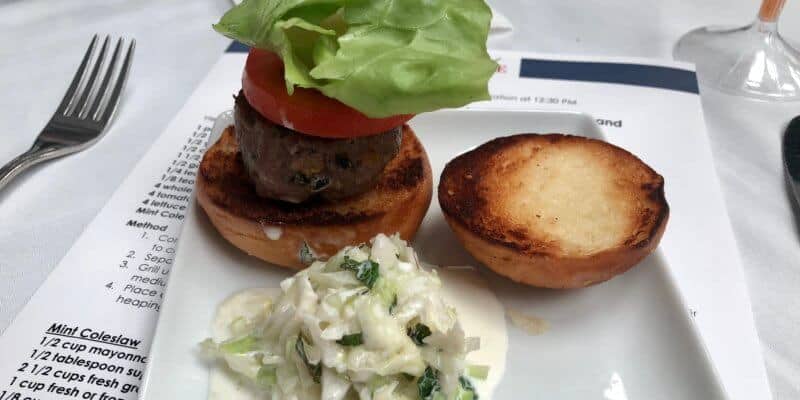 The chance to taste your way around the world at the many World Showcase kiosks is often the main attraction during Epcot International Food & Wine Festival, but the Food & Beverage Seminars also offer a unique way to explore Walt Disney World’s annual foodie fest.

During my visit to the 2018 Epcot International Food & Wine Festival on Saturday, September 8, I attended three demonstrations at the Festival Center. The first session was a Beverage Seminar and tasting of three different wines from the Garofoli Winery in Italy. The second session was a Culinary Demonstration by the authors of the new “Field to Feast” cookbook. Finally, a Food & Beverage Pairing demonstration taught us how to cook Pork Schnitzel and serve it with the perfect glass of white wine.

Below, I’ll share my experiences at each of these sessions, which all took place at the Festival Center Stage and were booked as separately ticketed events during the 2018 Epcot International Food & Wine Festival. 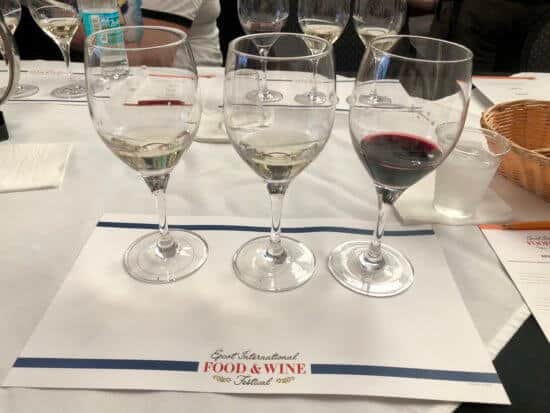 After arriving at Epcot, we made our way over the Festival Center (the large gold dome near Mission: SPACE) for the first of three demonstrations. We checked in at the Festival Information booth, located inside the Festival Center just past the entrance, and received tickets for the event. Seating is general admission, and we were able to find two seats together near the front a few minutes before the seminar started.

Three glasses of wine were pre-set on the table, along with a card and a pencil so we could take notes on each sample. Water and wine crackers were also provided. David Redondi of the Garofoli Winery presented a bit of history on the company and Garofoli family, which has been involved in winemaking for five generations. Glass-by-glass, Redondi, in his delightful Italian accent, shared details on how the wine was produced. We were invited to sip on the wine as he spoke. The three samples included Macrina, Serra del Conte, and Conero (two whites and a red). 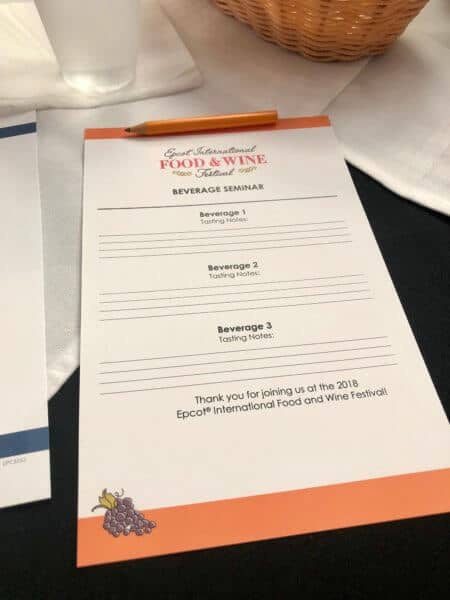 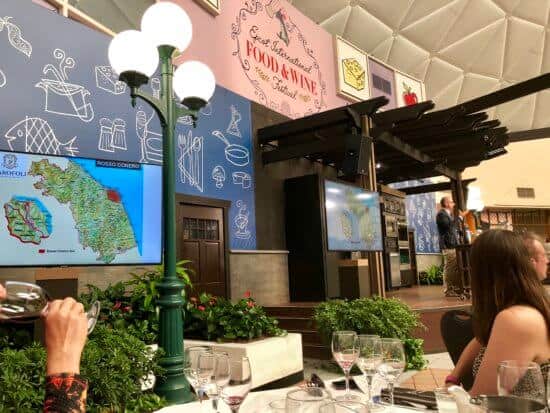 The wines were each delicious and unique to the Marche region of Italy, so it felt like we were sampling something special during this seminar. Afterward, we hoped to buy a bottle of the Conero but it wasn’t available for purchase in either of the wine shops in the Festival Center. However, you could buy Garofoli by the glass for $5 per glass. Macrina was available by the glass, as well as two other varieties we did not try during the seminar. 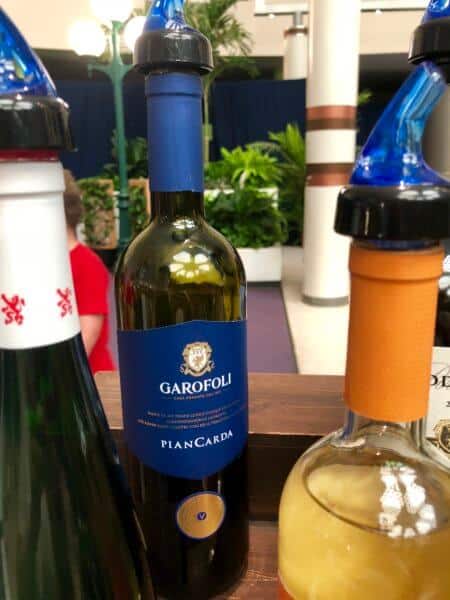 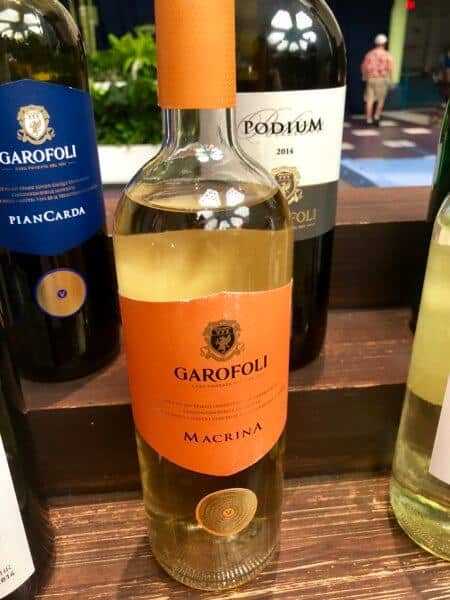 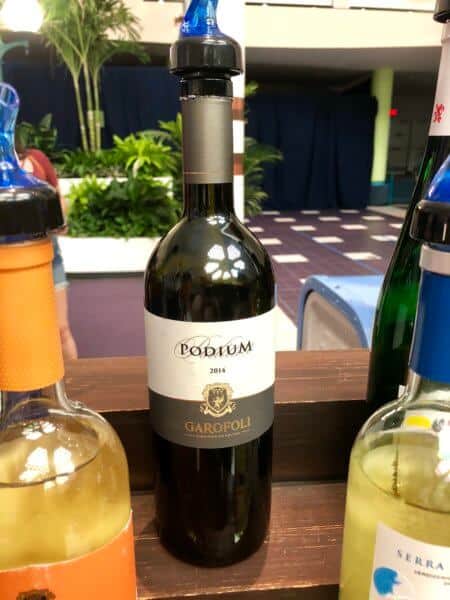 This Beverage Seminar cost $17 per person plus tax, which was a good value for three sample-sized glasses of wine and an interesting demonstration.

With about 30 minutes to kill until our next demonstration, we headed for the new Shimmering Sips Mimosa Bar next to the Festival Center Stage. The bar serves a variety of mimosas and baked goods, and we opted for a round of Blood Orange Mimosas and Chocolate Croissants. 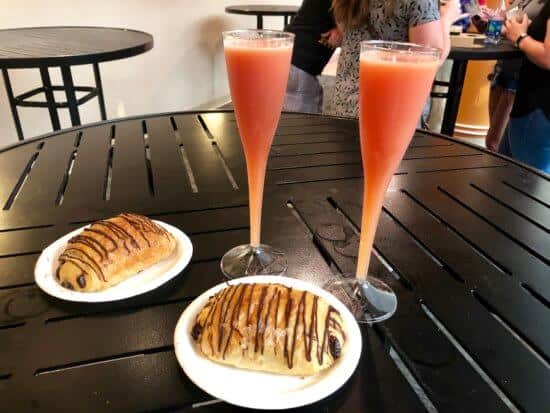 The new bar proved to be popular and many champagne flutes full of mimosas were spotted throughout the Festival Center. It’s a nice option for a snack if you’re in the area.

We once again picked up our tickets at the Festival Information booth and joined other folks already in line at the Festival Center Stage. We were able to snag two nice seats near the center for the Culinary Demonstration, which featured Heather McPherson, Pam Brandon, and Katie Farmand. The trio authored “Good Catch” and the new cookbook, “Field to Feast.”

Upon seating, a recipe for Deep Creek Lamb Burgers with Mint Coleslaw was waiting at each place setting. During the demonstration, large screens displayed the meal prep in detail for the audience. We were taught how to create this meal at home while getting helpful cooking tips from the three hosts. For example, the chefs were big proponents of buying locally and recommended the website Local Harvest to help you find and purchase local foods near your home. 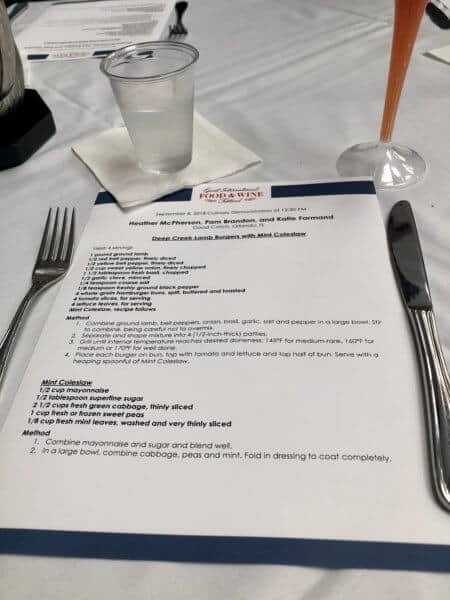 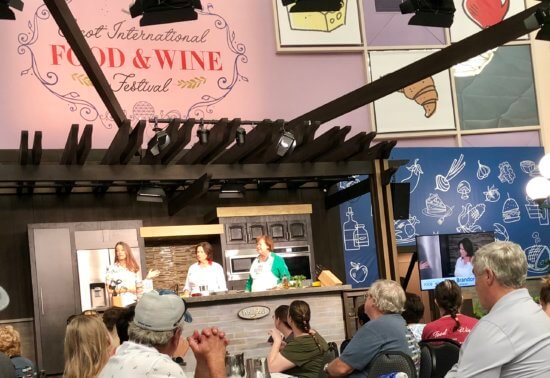 As they were preparing the meal onstage, servers delivered finished meals to each table. We sampled slider-sized Lamb Burgers with fresh butter lettuce and tomato and a side of Mint Coleslaw. Both items were delicious, and I’d say the amount of food was at least equal to the amount you’re given at the World Showcase festival kiosks. 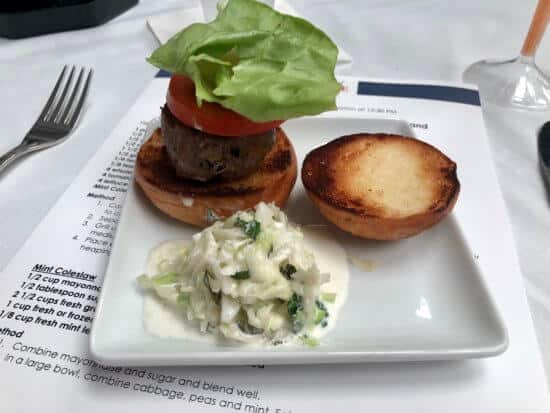 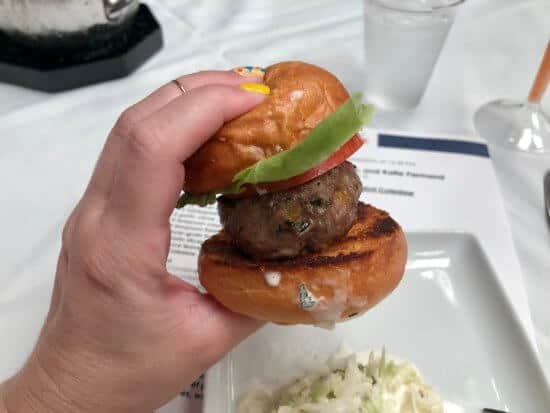 This Culinary Demonstration was $17 per person plus tax. After the demonstration, McPherson, Brandon, and Farmand signed copies of “Field to Feast.” We purchased the cookbook and chatted with the friendly authors for a few minutes. 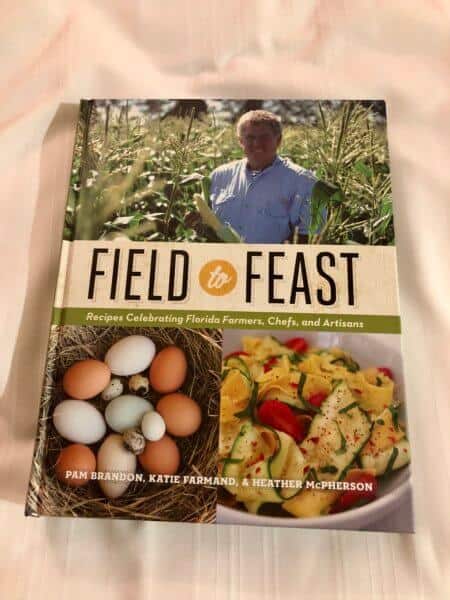 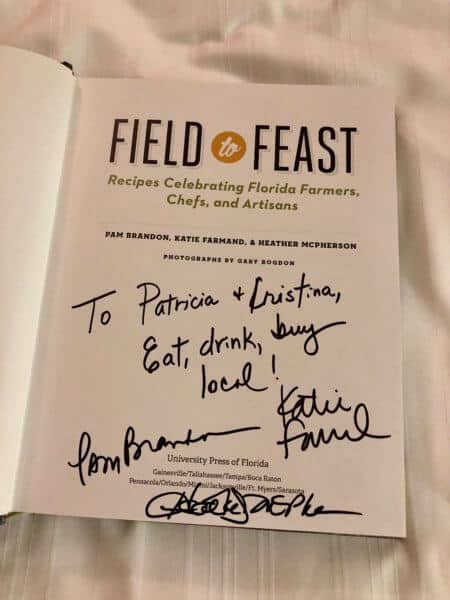 With about an hour until the next demonstration, we headed out to enjoy Orange Slushies in the France pavilion and stroll through World Showcase.

Our final demonstration of the day was the Food & Beverage Pairing featuring Chef David Chapman from Mama Melrose’s Ristorante Italiano in Disney’s Hollywood Studios and Barbara Selbach from Germany’s Weingut Selbach-Oster winery. There were no physical tickets for this one, so a host checked our names off as we entered. 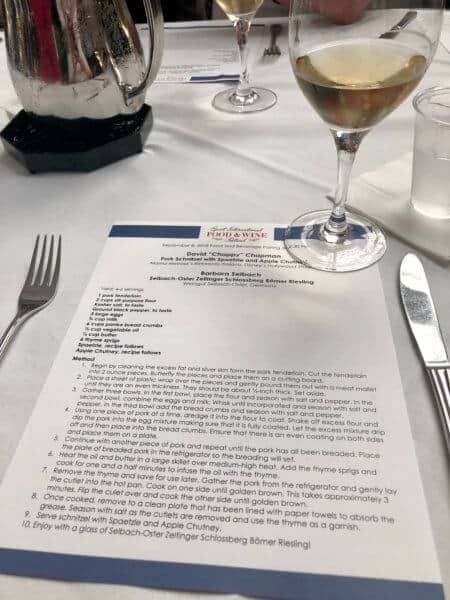 Katie Farmand (one of the chefs from the previous demonstration, who also served as host for all three of our seminars) introduced Barbara Selbach. We were given information on Selbach-Oster Zeltinger Schlossberg Bomer Riesling, the glass of white wine that was waiting for each of us as we sat down. After sampling the refreshing wine, the food demonstration began. 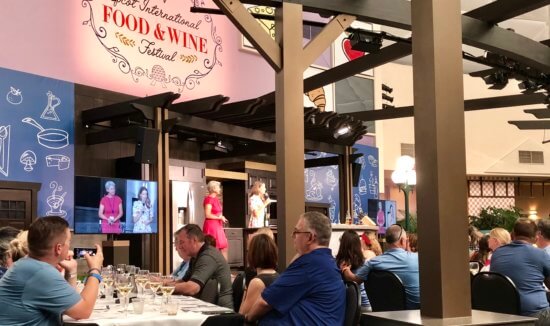 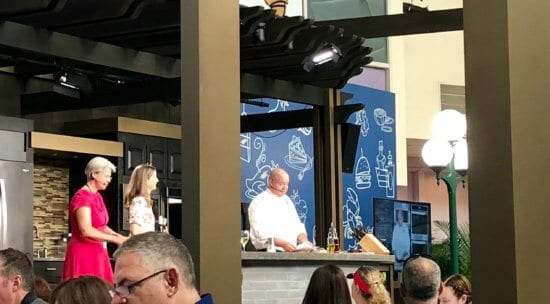 Chef Chapman cooked Pork Schnitzel with Spaetzle and Apple Chutney, which paired perfectly with the wine. This is a dish I’ve never made and would probably never have considered making before this demonstration, but I’d give it a go now. Though it’s labor intensive and sounds intimidating, it’s not difficult to make at home. Once again, we were served sample size portions of the meal to taste during the demonstration. 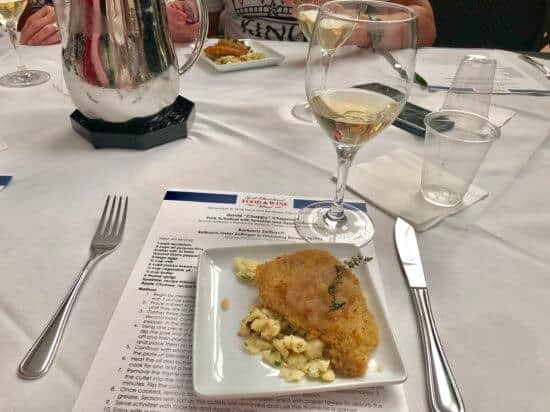 The hearty dish had a bit of a kick courtesy of red pepper flakes in the Apple Chutney. Spaetzle, which I’d never eaten before, had a similar texture to scrambled eggs and balanced out the spice with a mild flavor.

At $25 per person plus tax, this was the most expensive demonstration of the day. Overall, I’d say it was worth the cost, but we did get seated with a chatty group who talked during much of the demonstration. Since all demonstrations are general admission, it’s worth noting that you may end up with a talkative bunch.

Other Food & Beverage Seminars are available throughout the 2018 Epcot International Food & Wine Festival, which runs through November 12. To learn more and purchase tickets, visit the Walt Disney World website.