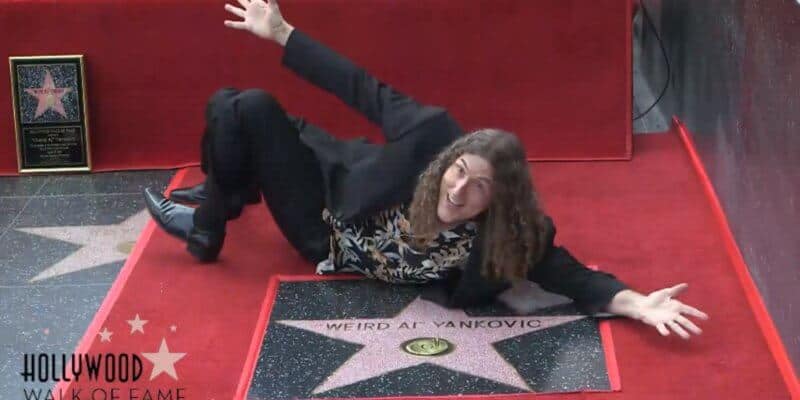 Beyond his more obvious Disney connections (he’s got a song about Disneyland’s world-famous Jungle Cruise attraction and two iconic parodies set in the “Star Wars” universe), it’s no secret that we here at Inside the Magic are big fans of comedy music superstar “Weird Al” Yankovic. That’s why we were thrilled to hear the legendary satirist would be receiving his very own star on the Hollywood Walk of Fame.

Comments Off on VIDEO: “Weird Al” Yankovic receives star on Hollywood Walk of Fame in hilarious and touching ceremony