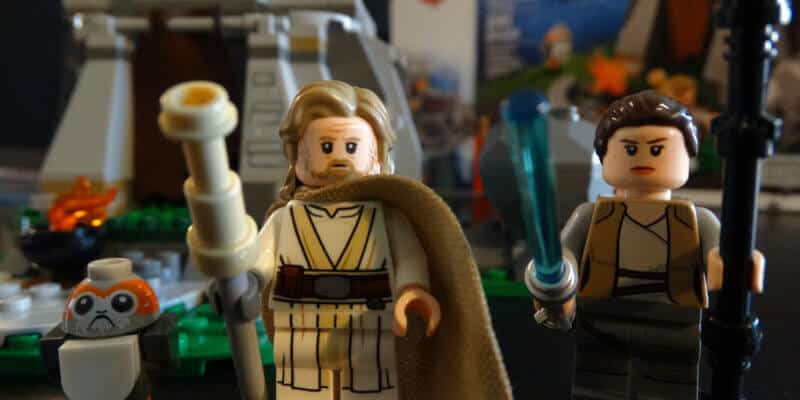 Lucasfilm’s “Star Wars: The Last Jedi” has been out (and discussed ad nauseum) for over eight months now, and regardless of how you feel about the film itself, it’s hard to deny the impact it had on popular culture over the past year. And one of the most memorable images from the film is without a doubt Rey‘s training under Luke Skywalker on the island planet of Ahch-To.

That’s why LEGO set #75200 Ahch-To Island Training (released back in January, shortly after the movie hit theaters) remains a popular collectible for “Star Wars” fans. The building set contains 241 pieces, including minifigures of Old Man Luke Skywaker, Rey in her training garb from the film, and a buildable Porg figure assembled out of a handful of LEGO pieces.

Along with the characters, LEGO “Star Wars” fans receive Rey’s hut, a nice little build with a cloth flap doorway, removable roof, fold-up bed, cooking area, and a few cool action features. You can recreate Rey’s lightsaber exercises by slicing a rock in half to reveal a crystal hidden within, blast apart a section of the hut’s wall with Luke’s Force powers, and rearrange the landscape surrounding the hut thanks to the set’s modular building technique.

Ahch-To Island training also includes a small sticker sheet, and while stickers aren’t always popular among LEGO aficionados (as opposed to the longer-lasting and more attractive printed pieces), they are used sparingly and in the interest of some pleasant brickwork detail. 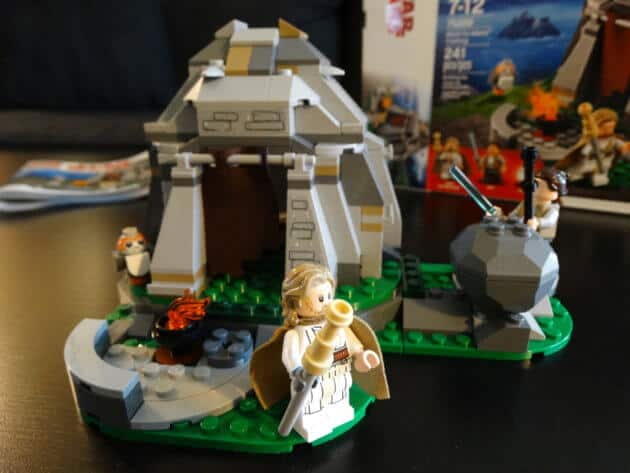 Since 1999, LEGO and “Star Wars” have partnered together to create a vast universe of ships, playsets, and minifigures depicting scenes and characters from A Galaxy Far, Far Away. The relationship has also resulted in a popular video game series and a cameo by several famous LEGO “Star Wars” personalities in 2014’s “The LEGO Movie.” 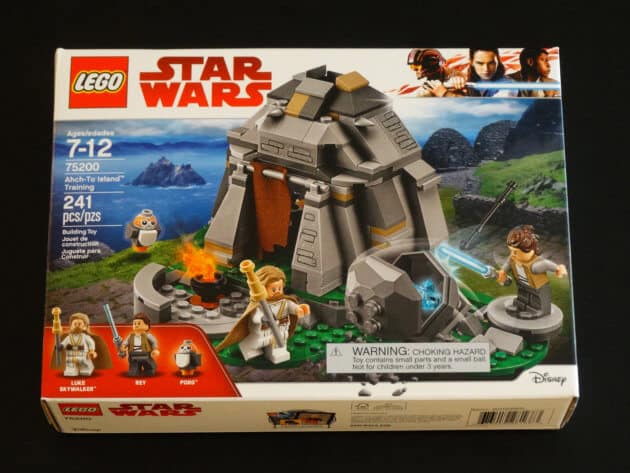 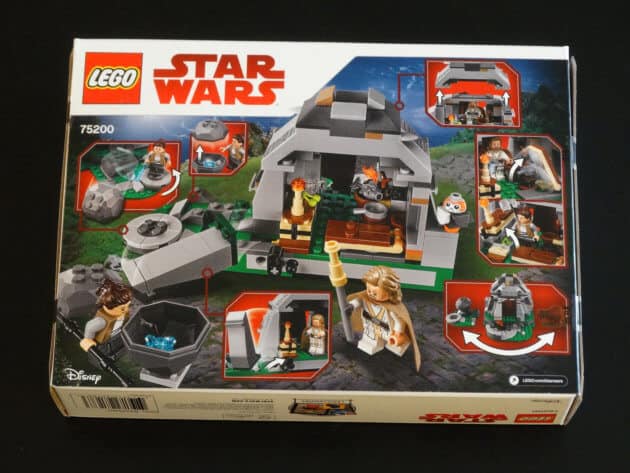 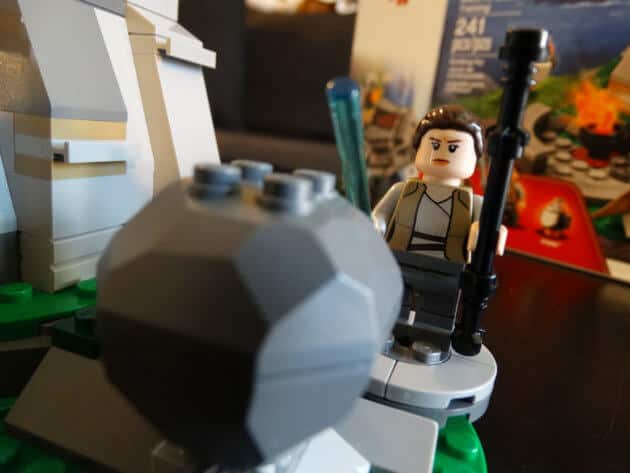 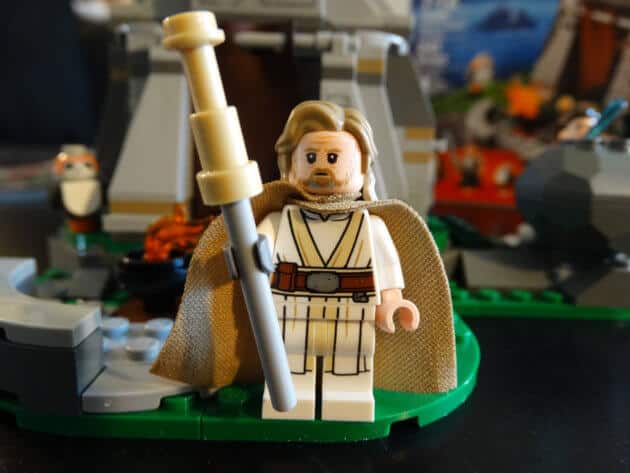 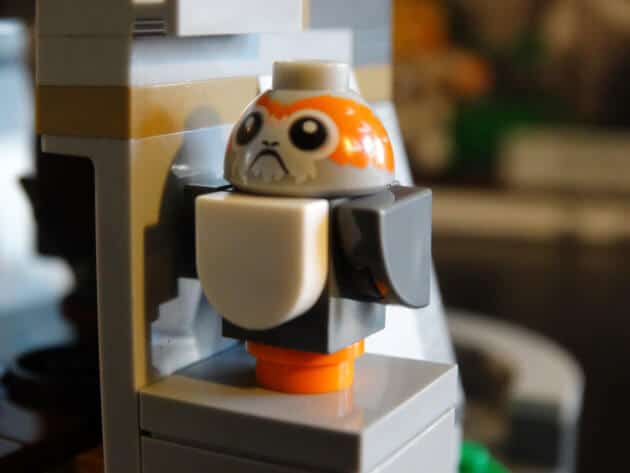 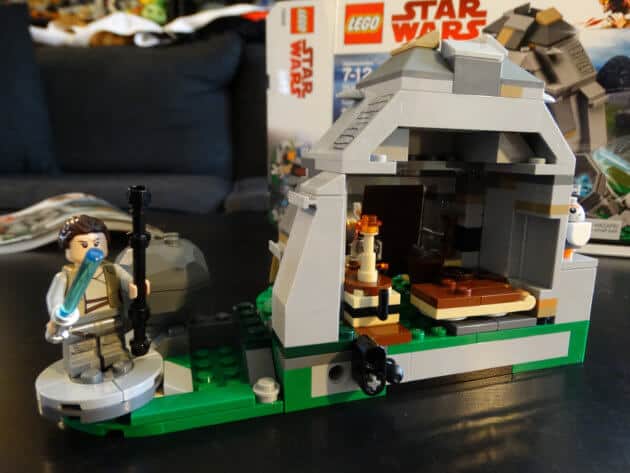 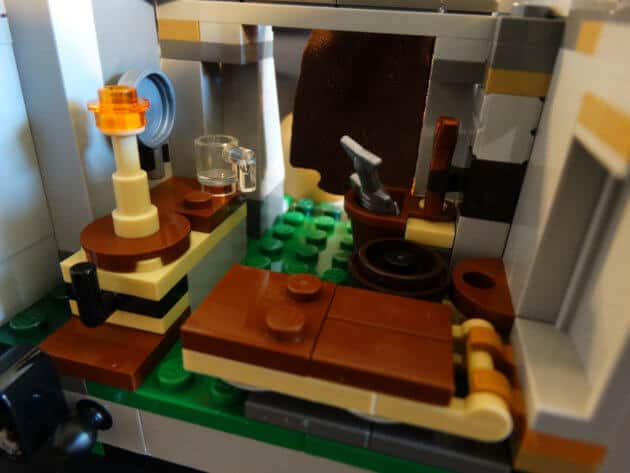