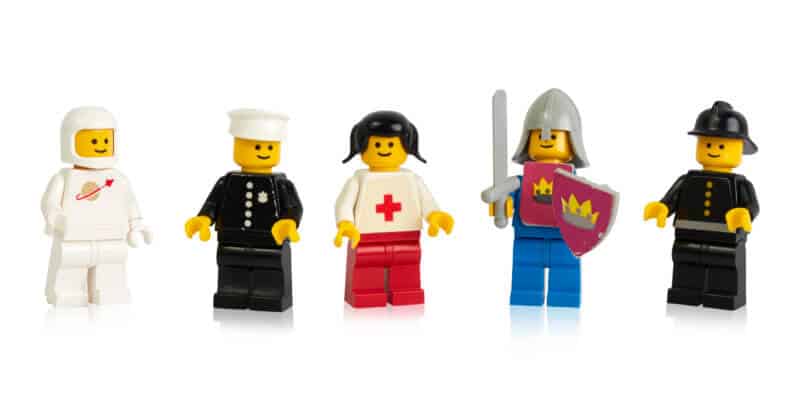 Sometimes small things get really big over time. Today marks the fortieth anniversary of the iconic LEGO minifigure, which first debuted in August of 1978 with a police officer, and now encompasses over eight thousand individual characters in the world-famous LEGO building block system.

To celebrate the occasion, LEGO released the following infographic, giving fans a broad outline of the minifigure’s evolution, starting four years earlier with LEGO building figures in 1974, and making its way through four decades worth of notable milestones. Along the way, the series picked up pirates, ghosts, beards, “Star Wars” and “Harry Potter” characters, and plenty more memorable additions. 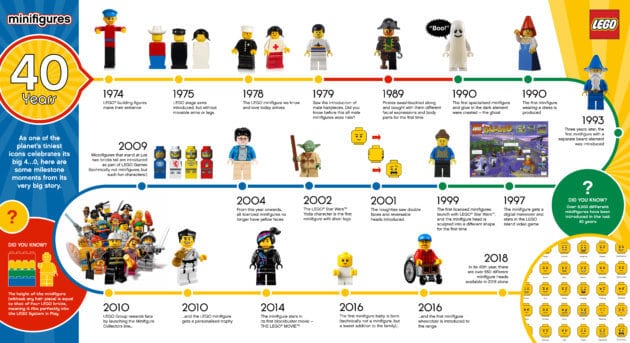 Other facts about LEGO minifigures:

Into addition to the above infographic, LEGO also sent over some photos cataloging early minifigures.

For more information on LEGO minifigures and other LEGO products, be sure to visit the official LEGO website!