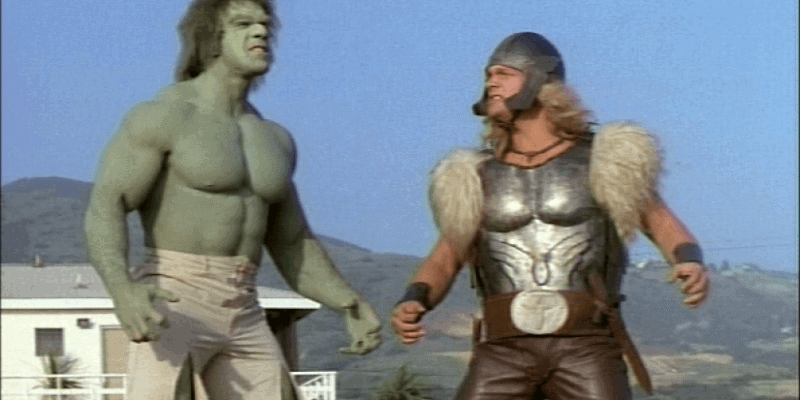 Long before big-budget blockbusters created the Marvel Cinematic Universe, even before Disney decided Marvel should be part of the family, Marvel Comics action heroes were already fighting evil on the small screen.

Appearing first as animated adventures, superheroes eventually leaped to live-action.  During the mid and late 1970s and early eighties, heroes like the Hulk, Dr. Strange, and Captain America (along with appearances by Daredevil and Thor) entertained audiences in several made for television movies.  Some were post-series reunion attempts to revive interest, while others stood alone as not-to-be picked up pilots. 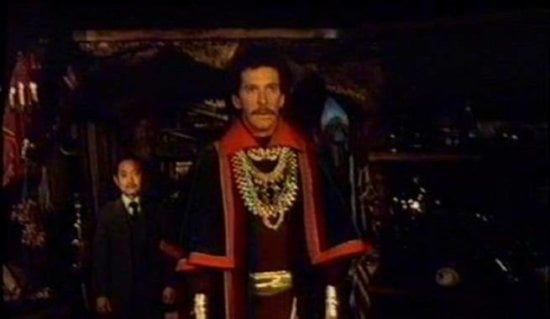 Heroes like Spider-Man first appeared as segments in children’s programming and eventually dedicated series (Spider-Man and the Hulk). As for live-action entertainment, these early Marvel Comics incarnations emerged in their 1970’s and early 80’s glory as made for television pilot programs, series, and reunion movies. By today’s standards, these superhero specials sport a severe lack of super slick effects).

Several years after CBS aired “The Incredible Hulk” for the last time, NBC acquired the film rights. Three made for television movies materialized in 1988,1989, and 1990.

With hopes for a spinoff series, “The Incredible Hulk Returns” introduced another Marvel Comics superhero, Thor. It would not be the first time the two heroes battled each other.

Matt Murdock, A.K.A. Daredevil (Rex Reed), fit perfectly into “The Trial of the Incredible Hulk.” John Rhys-Davies (also known for his role as Gimli in “Lord of the Rings”) assumed the role of villain Wilson Fisk and Stan Lee made his first of many Marvel movie cameos during the trial.

“The Death of the Incredible Hulk” brought an end to the giant green hero’s television presence.  Doctor Banner is allowed to free himself Hulk during an experimental process.  Unfortunately, he must become that monster one last time to save the day once again. A perilous plummet from an exploding plane ultimately beaks the bond between human and demon as the Hulk does not survive, and both he and Banner are finally accessible in death.

With series like “The Amazing Spider-Man” and “The Incredible Hulk” gave Marvel Comics found a foothold in live-action superhero television programming, other options only emerged as made for television movie pilots. 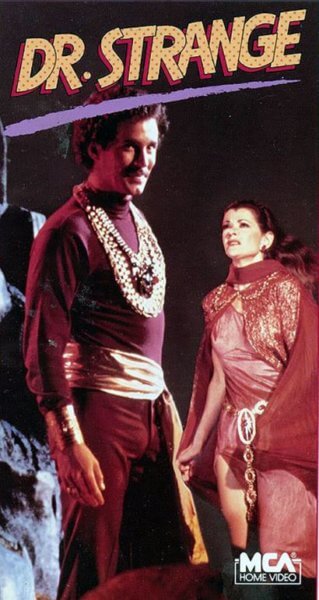 One of the worst of these seventies superhero specials could easily be the 1978 television pilot movie, “Dr. Strange.” Despite having Stan Lee as the movie’s consultant, sub-par storytelling, less than enthusiastic performances, and awful effects may have helped tank this magic-driven dud.  Universal Television produced the two-hour special, which aired on CBS September 6, 1978.

Steve Rogers, better known as Captain America (Reb Brown), burst onto television screens for a pair of 90-minute movies made by Universal Television (1979).

“Captain America” reveals Rogers’ transformation into the namesake superhero.  Instead of a hero “on ice,” Steve Rogers ends up following in his father’s heroic footsteps after almost dying.  FLAG (Full Latent Ability Gain), the serum that saves Steve’s life, gives Rogers extraordinary strength and heightened reflexes. The formula was created by his father, a Government Agent in the ’40s known as Captain America.  Once empowered by FLAG, Steve Rogers becomes Captain America to save the city from a mad bomber.

In “Captain America 2 Death Too Soon,” terrorist General Miguel (Christopher Lee) attempts to abscond the aging accelerant by kidnapping and forcing the Professor to perfect the potion into completing his work.  Bent on world domination, General Miguel threatens to release the deadly substance onto an unsuspecting population unless the US Government pays a heavy ransom. Captain America is summoned to save the Professor and thwart the sinister scheme, leading to a battle with General Miguel in which the aging chemical becomes a weapon.

“Supiadaman (Spider-Man),” “The Incredible Hulk: Married,” “Spider-Man Strikes Back,” and “Spider-Man: The Dragon’s Challenge” found life in foreign markets as movies made from combining episodes from their respective television series.

As the mighty motion pictures from Marvel Comics continue to amaze with intense action, intricate plots, electrifying effects, and extra credit surprises, looking back at the action adventures arriving which arrived for 1970’s television provides a perfect perspective.  Not only showcasing how far production quality has improved in the past 40 years, but these also made for TV movies and pilots prove the lasting allure of Marvel’s superhero stories themselves. 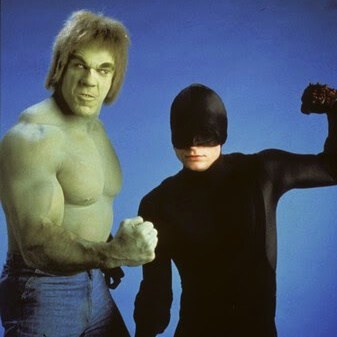