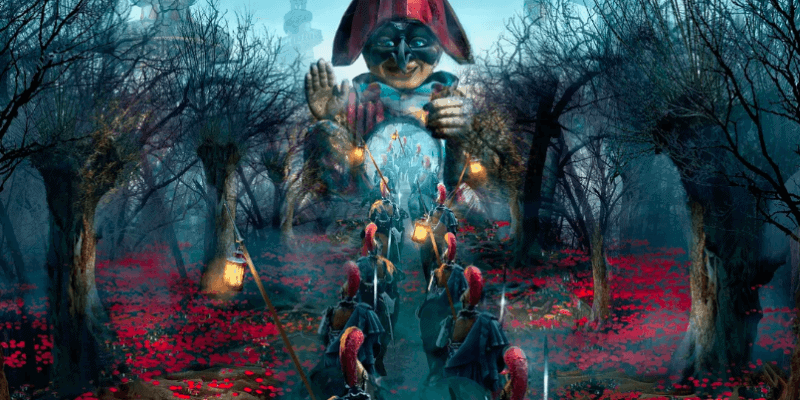 Disney‘s “The Nutcracker and the Four Realms” brings the beloved holiday tale to vivid life on screen this November, and today production designer Guy Hendrix Dyas shared a look at each of the movie’s fantastic realms and palace.

In order to make the magical realms feel real to audiences, the studio built the majority of sets and only used CGI sparingly. “I tried desperately to make a logic to this entire universe, so the 5-year-old me would believe this world,” Dyas told Entertainment Weekly. “I remember as a kid going to see a lot of films and not quite buying into some of these worlds because they weren’t built from the ground up as real societies.”

Below, take a peek at the Palace, Land of Flowers, Land of Snowflakes, Land of Sweets, and the mysterious Fourth Realm. 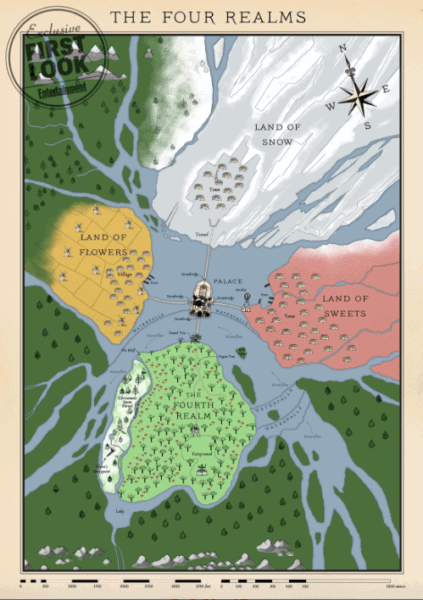 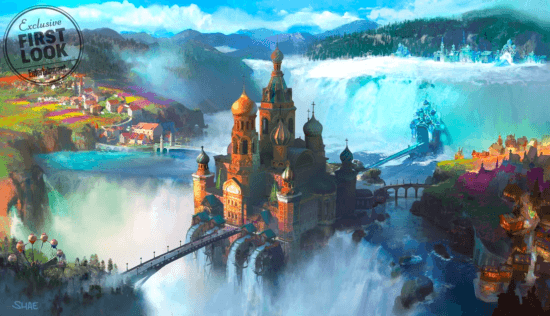 The Palace, which lies at the center of the Four Realms, is inspired by Russian architecture. Designed with highly saturated colors, the Palace features a throne room with four corners facing north, south, east, and west to each of the realms. “You’re not really sure, looking at some of these buildings, whether they are real palaces or toys in the imagination of a child,” says Dyas. 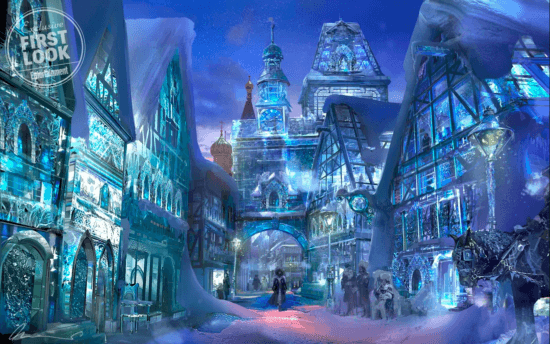 This realm is inhabited by ice producers, miners, and politicians, with architecture inspired by 16th-century German villages and the Icehotel in Sweden. 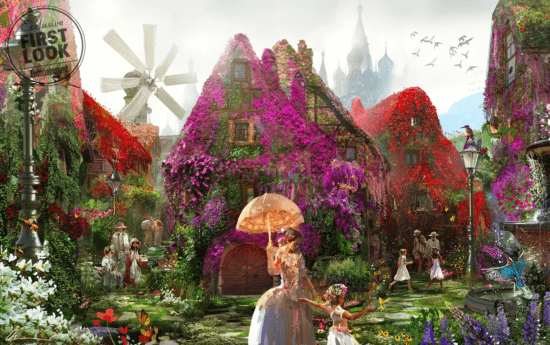 This floral realm is home to beekeepers and farmers, with a design inspired by Dutch windmills and villages in southern England. 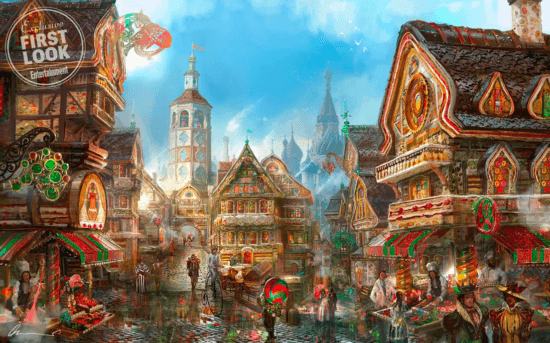 Built from real candy, this realm was inspired by the Sugar Plum Fairy (Keira Knightley) and, in part, by the classic board game Candy Land. When crafting the actual set, Dyas stuck to candy invented during the Victoria era to remain true to the movie’s aesthetic. 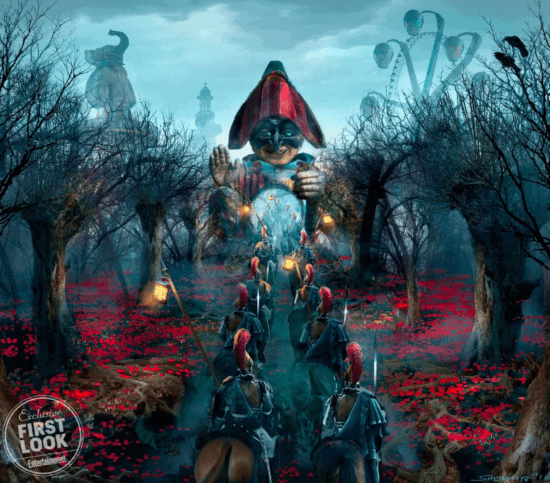 Dyas didn’t share much detail about the sinister Fourth Realm, formerly known as the Land of Amusements and ruled by Mother Ginger (Helen Mirren). However, the majority of “The Nutcracker and the Four Realms” takes place in this mysterious land, which used to be home to a circus and fair.

You can see each of these worlds on the big screen when Disney’s “The Nutcracker and the Four Realms” arrives in theaters on November 2.