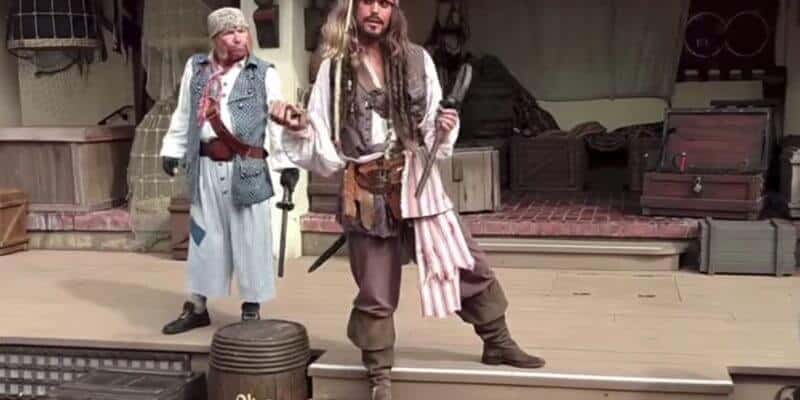 Aided by trusty crew mate Mack (some may even say made possible by), Captain Sparrow enlightens his new band of junior buccaneers to the merits and skills needed to become proficient pirates.  Upon completion, each potential plunderer earns their very own “crew member” certificate.

Just a few short steps away from Walt Disney World’s famous Pirates of the Caribbean attraction rests a nondescript stage.  During the course of the day, this stage comes to life with budding buccaneers earning their crew status.  Assisted by first mate Mack, Captain Jack Sparrow’s Pirate Tutorial guides young guests in their quest for swashbuckling adventure. 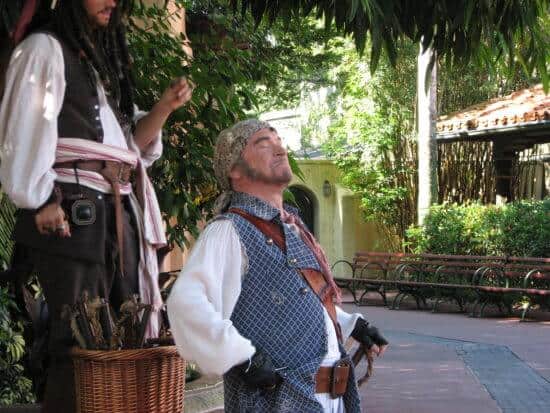 Proper pirate protocol, like learning left from right (port/starboard) and how to garner the attention of a passing vessel (while marooned) help the Captain select his would-be crew (of 4) to train.  Once recruits are assembled on stage, savvy skills like swordsmanship are cleverly and comedically conveyed.  Even escape has its place in a pirate’s life (the fine art of distraction and running away).

With a raise of the sword and sinister snarl, the crew is ready and more recruits are brought up on stage.  A pirate’s pledge is practiced and all recruits are pronounced worthy crew under the service of Captain Jack Sparrow. 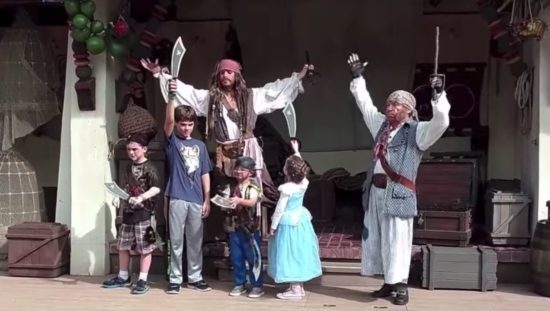 A round of “Yo-Yo (A Pirate’s Life for Me)” wraps up the short show (15-25 minutes in total).  Captain Jack Sparrow makes his escape as Mack closes the tutorial. 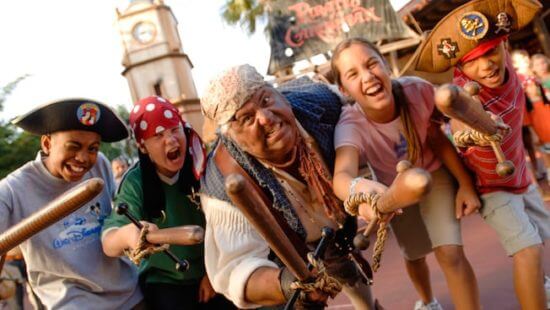 Captain Jack Sparrow’s Pirate Tutorial is included with park admission.  Lessons take place on land (stage) within Adventureland at Walt Disney World’s (Florida) Magic Kingdom Park. Mack and the Captain make several appearances during the day (check the Magic Kingdom’s website for times. As this is an outdoor adventure, bad weather has the potential to cancel the show(s).