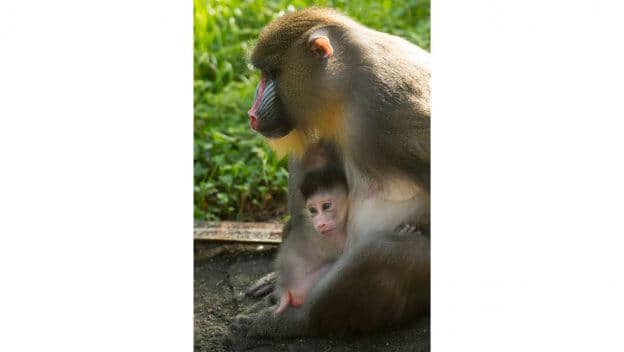 You just might spot a new baby mandrill during your next journey on Kilimanjaro Safaris at Disney’s Animal Kingdom.

The new arrival was born on August 8 to mom Scarlett and dad Winston. The baby’s gender and birth weight are unknown since the team at Disney’s Animal Kingdom is giving Scarlett and her newborn plenty of bonding time. If you catch a glimpse of mother and baby during Kilimanjaro Safaris, you’ll most likely see baby hugging Scarlett’s stomach. This is a natural bonding behavior, and as the baby grows, he or she will transition to hugging Scarlett’s back. 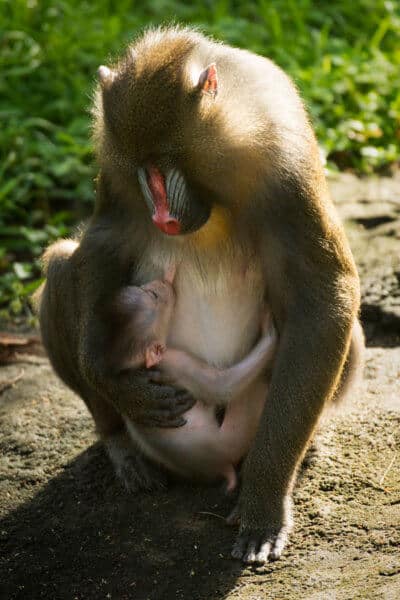 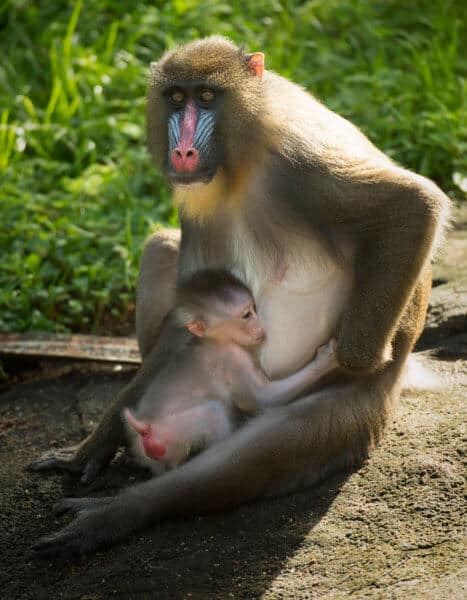 Found in African rainforests, mandrills are the largest species of monkey. Because of deforestation and poaching, the mandrills’ natural habitat is disappearing. In order to maintain their population, Disney animal care experts work with the Association of Zoos and Aquariums (AZA) to create Species Survival Plans (SSPs).

Rebecca Phillips, Animal Operations manager at Disney’s Animal Kingdom, is an SSP coordinator for mandrills. She works to support mandrill births at Walt Disney World and also advises animal care teams around the world to help them introduce mandrills to their zoos.

“There are many reasons why I’m excited to be an SSP coordinator for mandrills,” said Phillips. “I love helping zoos, including our own, and I love the success stories. As a two-time mom and also a surrogate mother, Scarlett is an example of how we’re helping a vulnerable species thrive, and it’s thrilling to watch her family grow.”

Be sure to look for Scarlett and her adorable new baby on your next visit to Disney’s Animal Kingdom!