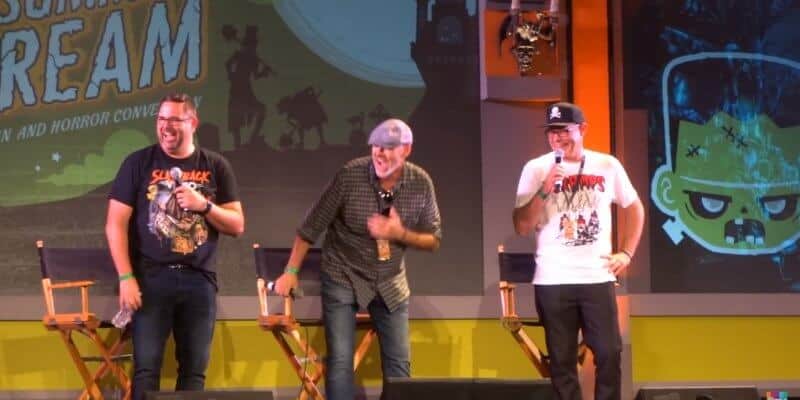 Halloween Horror Nights are one of the most popular fall season events at both Universal Orlando Resort in Florida and at the original Universal Studios Hollywood theme Park in Los Angeles. That’s why it was such a treat this past weekend to see the creative talent behind both events come together to speak about their processes at the Midsummer Scream 2018 Halloween and Horror Convention in Long Beach, California.

Universal Studios Hollywood’s creative director John Murdy, art director Chris Williams, and Universal Orlando Resort’s senior director of creative entertainment development Michael Aiello took the stage together to discuss how their work compares to each other’s, the history of how they achieved success in the Halloween business, and what fans can expect from Halloween Horror Nights 2018, including looks at the upcoming “Stranger Things” and “Trick ‘R Treat” mazes.

Halloween Horror Nights run throughout this October at both Universal Orlando Resort and Universal Studios Hollywood. Midsummer Scream will return next August for another fun-filled weekend exploring and uniting the Halloween and Horror communities of Southern California.