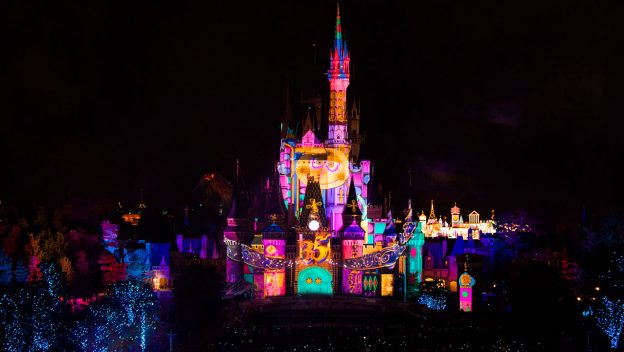 Tokyo Disney Resort is in the midst of 35th Anniversary celebrations, with “Dreaming Up!” and “Happiest Celebration on the Sea” kicking off the festivities in April. Now, two new stage shows and a nighttime spectacular have joined the fun. 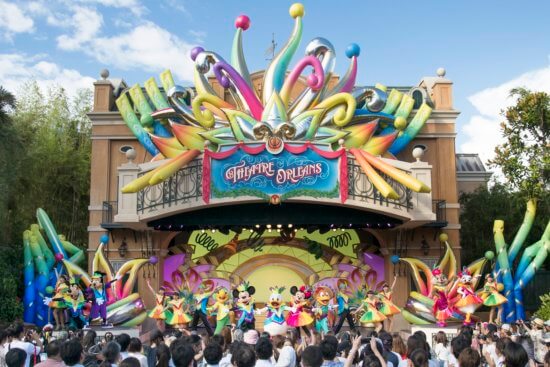 In addition to celebrating New Orleans-style, guests can head over to the American Waterfront Dockside Stage at Tokyo DisneySea to catch “Hello, New York!”. Mickey and friends experience all that New York has to offer, including the bright lights of Broadway and the various street performers throughout the city. 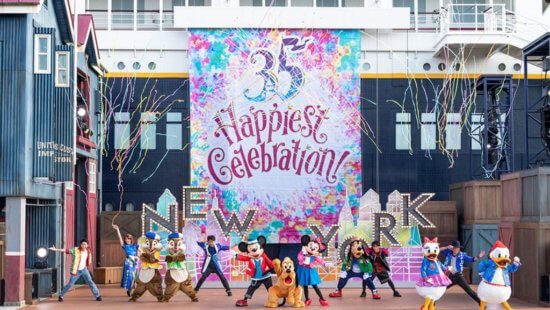 After dark, Cinderella Castle is transformed for the new nighttime spectacular, “Celebrate! Tokyo Disneyland.” Guests can purchase exclusive light-up pendants before the show, which includes pyrotechnics, projections, and fountains. 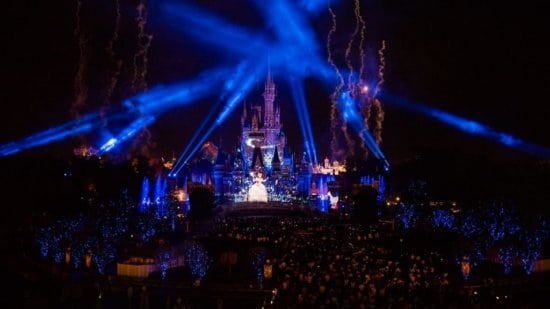 Special merchandise is on sale throughout the “Happiest Celebration” 35th anniversary festivities, including plush badges of Mickey and Minnie Mouse in their show costumes. Guests can also find special food, like the fan-favorite Chocolate Crunch snack at Pastry Palace and Ice Cream Cone and a corn-on-the-cob-shaped sandwich at Sweetheart Café.

Tokyo Disney Resort celebrates its anniversary until March 25, 2019. For more information, head over to the official website.