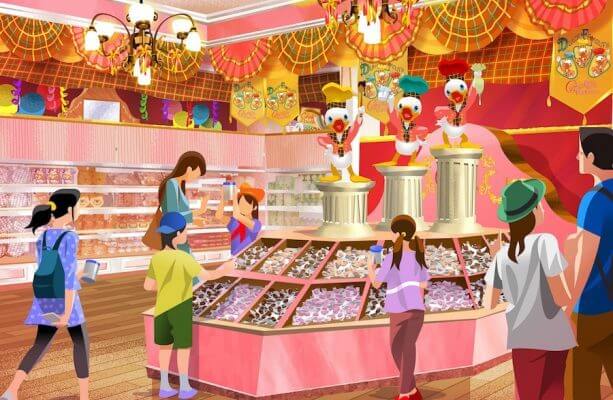 In just a couple of months, Tokyo Disney Resort begins celebrating its 35th anniversary and as part of the festivities, two new Chocolate Crunch-themed stores are on the way.

Starting April 15, Pastry Palace and Ice Cream Cone at Tokyo Disneyland’s World Bazaar become all-new locations dedicated to Chocolate Crunch. The tasty treat has been a guest-favorite souvenir since it debuted in 1986. At Pastry Palace, guests can customize their Chocolate Crunch container with new flavors like Strawberry Shortcake and Caramel, a previously discontinued flavor that returns until July 7. Exclusive souvenirs, including a DIY Chocolate Crunch Kit, will also be on sale.