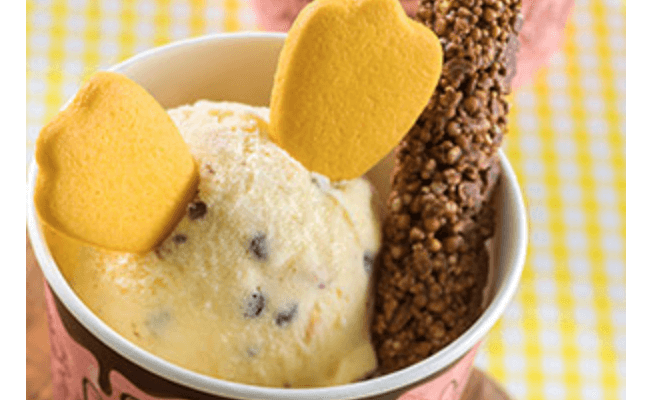 The shop, which was announced last month, will be called Duck Family Chocolate Competition and, as you would expect, Donald and the rest of the Duck family will be featured prominently. Special Chocolate Crunch merchandise will also be available, including stuffed toy badges of Donald and his nephews Huey, Dewey and Louie. Guests will also be able to build their own Chocolate Crunch souvenir tin, with six different flavors to choose from, including a special Strawberry Shortcake flavor just for the 35th anniversary of Tokyo Disney Resort.

Duck Family Chocolate Competition will take over the Pastry Palace from April 15, 2018 through March 25, 2019.