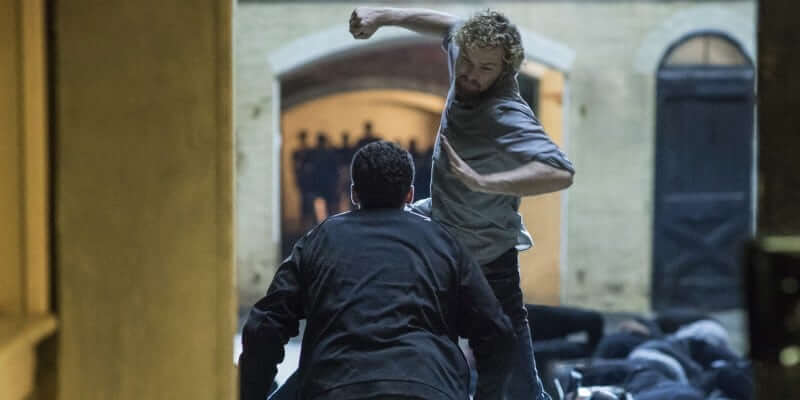 The Immortal Iron Fist is set to make his return to Netflix. Marvel held a panel at San Diego Comic-Con for one of their many popular Netflix series yesterday, during which we got our first look at the show’s upcoming second season and learned when we can expect to see the return of the superhero martial artist.

The teaser for the sophomore season of the superhero series shows off Danny Rand in an impressive and intense fight scene against multiple thugs as he explains in a voice over that he’s “not backing down.” It ends with the reveal that the second season of Marvel’s “Iron Fist” will debut on Netflix on September 7.

The panel featured “Iron Fist” stars Finn Jones, who plays Danny Rand, and Jessica Henwick, who plays Colleen Wing, as well as guest star Simone Missick, who plays Misty Knight. They were joined by writer Raven Metzner, stunt coordinator Clayton Barber and surprise guest Alice Eve, who will be playing the villainous Typhoid Mary in the new season. The panel was moderated by Marvel’s head of television Jeph Loeb.

Marvel’s “Iron First” follows the adventures of billionaire Danny Rand who was believed dead after a plane crash, only to return to society years later with incredible unique abilities. It is the fourth series in Marvel’s collaboration with Netflix, joining “Daredevil,” “Jessica Jones,” and “Luke Cage” to form the New York-based team of superheroes known as “The Defenders.” The first season of “Iron Fist” premiered on Netflix in March of 2017.

San Diego Comic-Con 2018 will continue through Sunday, July 22 at the San Diego Convention Center in Southern California. Be sure to check back with Inside The Magic for all the news from SDCC 2018!

Are you excited for season two of Marvel’s “Iron Fist” on Netflix? Let us know in the comments below!