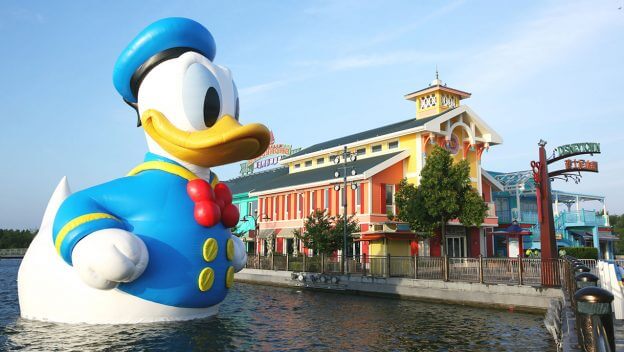 Donald Duck has taken up residence at Shanghai Disney Resort.

The hot-tempered duck landed in Wishing Star Lake in Disneytown, where guests can snap photos with the 11-meter tall figure. Donald is only making a temporary visit, but there’s no word on how long he’ll be there. Be sure to stop by before he disappears! 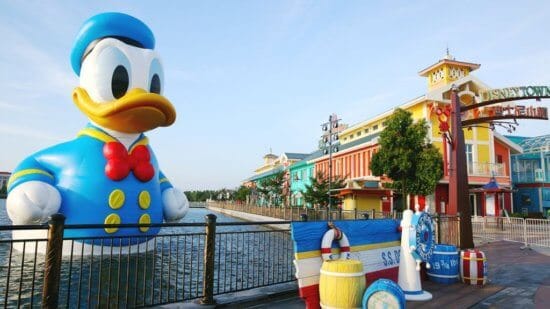 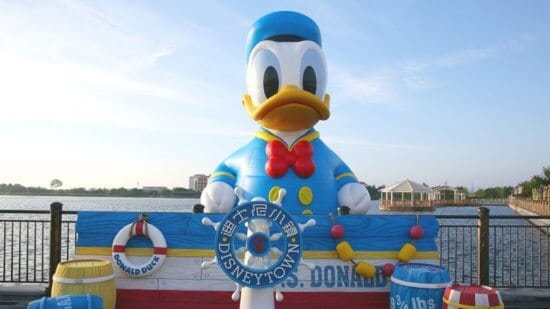 For those who can’t make it to Shanghai Disney Resort to catch a glimpse of this 11-meter tall Donald Duck, he’s also making character appearances during “Donald’s Dino-Bash!” at Walt Disney World this summer. Donald recently found out his ancestors were dinosaurs, so he’s transformed DinoLand USA in Disney’s Animal Kingdom for a prehistoric party.