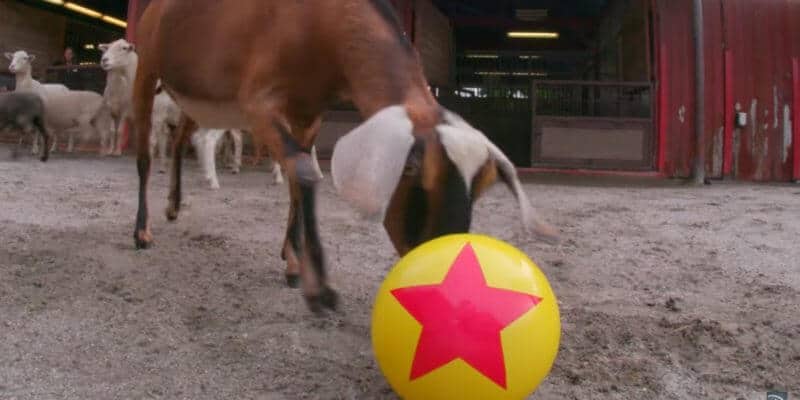 Affection Section in the Rafiki’s Planet Watch area of Disney’s Animal Kingdom is a family-accessible petting zoo that allows guests “enjoy friendly, hands-on encounters with a variety of animals, including goats and sheep.” And in a new video released today by Disney, the animal residents of Affection Section have been spotted playing with a very familiar-looking toy.

The famous Pixar ball first appeared in the animated short “Luxo, Jr.” and has since become an instantly-recognizable icon for Pixar Animation Studios, also known as Disney/Pixar. In the video below, the goats, pigs, sheep, and chickens of Rafiki’s Planet Watch have a ball horsing around with the bouncy yellow, blue, and red sphere as Walt Disney World prepares to open Toy Story Land next month.