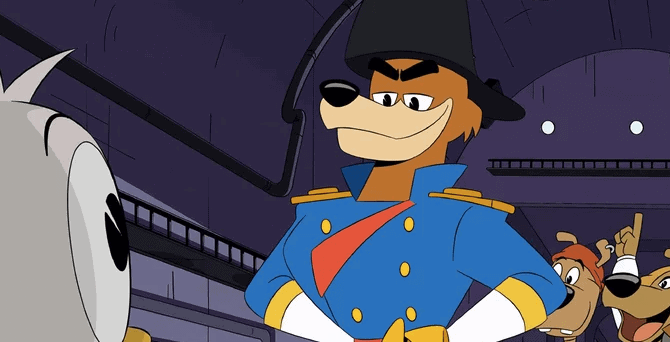 Don Karnage, the villainous Air Pirate from “TaleSpin,” makes an appearance on “DuckTales” later this month.

Voiced by Jaime Camil (“Jane the Virgin”), Don Karnage shows up with a band of pirates, but there’s a twist to his “DuckTales” visit — he’ll attack Huey, Dewey, and Louie with a choreographed musical number. “Having a bunch of sky pirates show up, you expect planes and guns,” executive producer Matt Youngberg tells Entertainment Weekly. “Our whole M.O. with “DuckTales” has been: take a convention you understand already and give it another layer.” 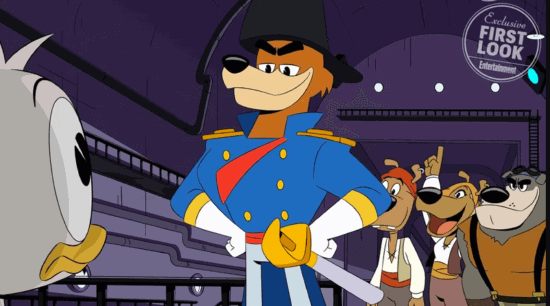 On “TaleSpin,” the red wolf with a big ego was voiced by Jim Cummings and often had run-ins with Baloo. “Don Karnage is devastatingly good looking and very sure of himself,” says Camil. “He loves to sing, he loves to dance, he loves to be the center of attention.”

This isn’t the first beloved Disney Afternoon character to crossover to the new “DuckTales” series. Darkwing Duck also made a brief appearance in the May 11th episode, “Beware the B.U.D.D.Y System!,” and series co-producer and writer Frank Angones promises there’s more in store for the terror who flaps in the night.

Tune in to Disney Channel on July 28 to catch Don Karnage’s appearance on “DuckTales.”

Comments Off on PHOTO: “TaleSpin” villain Don Karnage to appear on “DuckTales” later this month