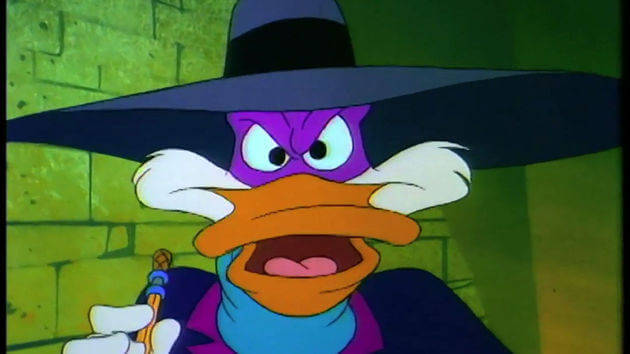 Jim Cummings is a legendary voice actor who has brought life to iconic animated characters like the Tasmanian Devil, Darkwing Duck and of course, Winnie the Pooh.

He joined Rob Paulsen – a legend in his own right who has voiced characters like Yakko Warner (“Animaniacs”), Pinky (“Pinky and the Brain”) and Donatello (“Teenage Mutant Ninja Turtles”) – and the pair reenacted a scene from 2016’s “Batman v Superman: Dawn of Justice,” with Cummings substituting in a couple of his own characters.

The Dark(wing) Knight rises when the legendary Jim Cummings performs a scene from Batman vs. Superman as Darkwing Duck (with a small cameo from Winnie the Pooh.)You can watch full episodes of Talkin' Toons on Alpha with new episodes released every Friday. Sign up now at projectalpha.com to get your first 30 days on us.

Who is your favorite Jim Cummings-voiced character? Let us know in the comments below.

Comments Off on VIDEO: Jim Cummings and Rob Paulsen reenact a “Batman v Superman” scene with Darkwing Duck as Batman