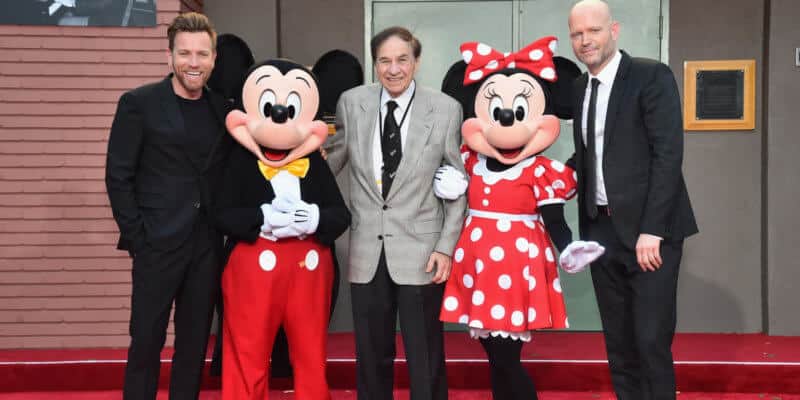 Disney’s Christopher Robin world premiere took place on the Disney studio lot on Monday, July 30, bringing the stars together for a red carpet event with Mickey and Minnie Mouse.

Prior to the “Christopher Robin” screening, the studio’s historic Orchestra Stage was renamed Sherman Brothers Stage A in honor of legendary composer Richard M. Sherman and his late brother Robert B. Sherman. This stage was where the music for the “Winnie the Pooh” shorts, “Mary Poppins,” and “The Jungle Book” were recorded.

Richard M. Sherman was in attendance for the dedication ceremony and posed for photos with the cast of Disney’s “Christopher Robin,” which includes Ewan McGregor, Hayley Atwell, Jim Cummings, Brad Garrett, and Bronte Carmichael. Many other stars also attended the special event, including John Stamos, Caitlin McHugh, and Lesley Ann Warren.