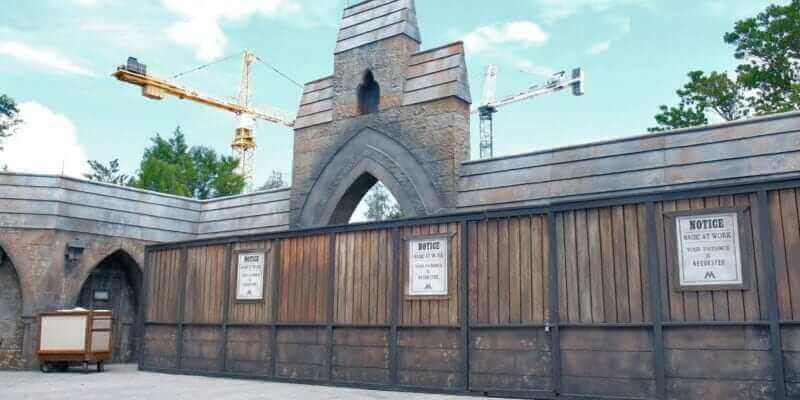 Take a look at the current status of the Harry Potter thrill ride coming to Hogsmeade at Universal Orlando’s Islands of Adventure.

The world first learned of this “next generation of thrill ride” coming to the Wizarding World of Harry Potter last summer. Today we have an inside look at the current status of the attraction in its construction state.

Walls still stand outside of the old Dragon Challenge attraction entrance, which will soon belong to this new coming ride. The walls first went up when Dragon Challenge closed last year in September as construction first began. 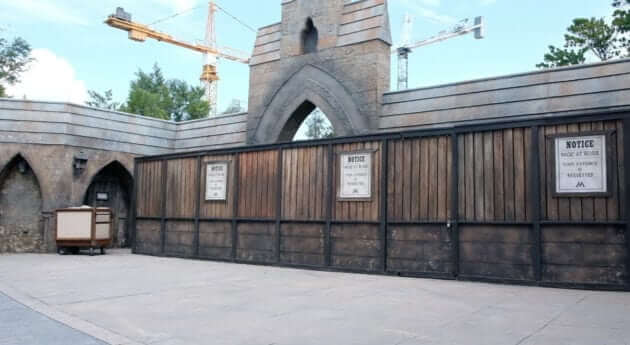 Above the walls are cranes, which have finished clearing the land and are now putting together the ride’s track. Currently, the only ride track that is visible is outside and goes in a circular motion right behind the attraction’s main entrance. 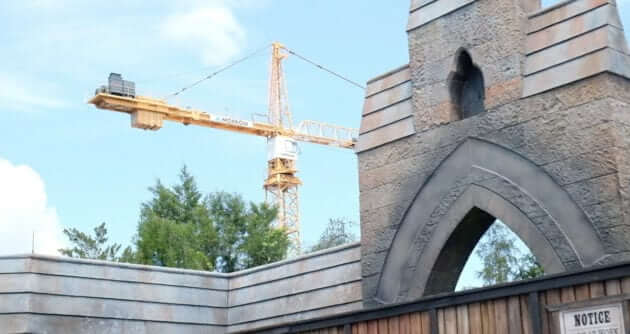 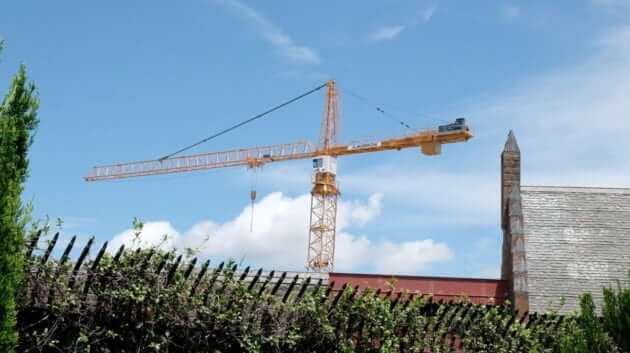 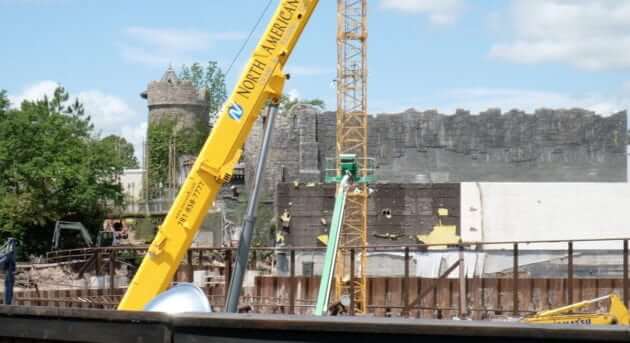 In the image above (at the bottom) you can see the actual track, which curves around the area.

The only details released from Universal of this coming attraction were that “this new thrill ride will take you deeper into J.K. Rowling’s Wizarding World, where you will encounter some of your favorite characters and creatures. It’ll be unlike anything we’ve ever done before and it will be fun for the entire family.”

It was also announced that the attraction would in fact be a roller coaster, and that the Universal Creative team would be collaborating with Warner Bros. and the production design team from the Harry Potter films to bring this new coaster experience to life.

An exact opening date for the coming attraction is still not known. However, it is expected that the new thrill ride will be opening sometime in 2019.

Are you excited for this new Harry Potter ride? Let us know in the comments below!