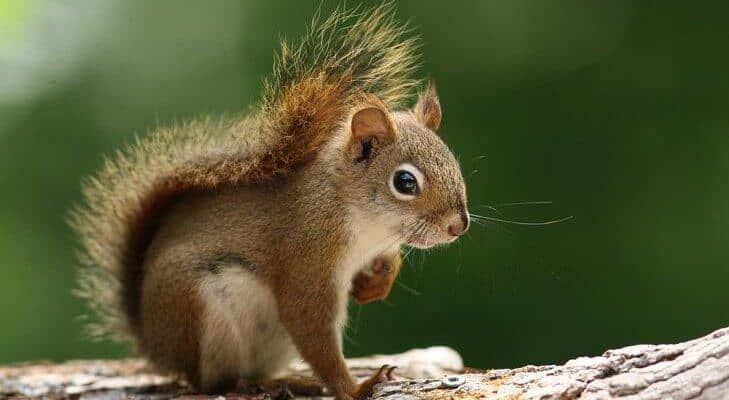 Disney movies and theme parks are home to a variety of woodland creatures, many of which aid princesses and heroes by performing human-like tasks and actions. Sometimes though, those adorable furry little creatures don’t exactly follow all the rules.

A recent video (captured by Jessica D. and shared by Local 10.com on Facebook) from Magic Kingdom at Walt Disney World shows a squirrel grabbing a bag of candy and taking off with it as a Cast Member watches on.

SHOPLIFTER AT MAGIC KINGDOM! A park guest was caught on camera stealing a pack of M & M's from a Disney shop on Main Street! Have you seen this little guy? (Viral video: Jessica D. )

Thanks to this video, the woodland perpetrator was caught red-handed (red-pawed?) but is still at large. Perhaps Chip ‘n’ Dale recognize this furry little bandit, or maybe Snow White can lure him to justice with a song.

Until then, the squirrel bandit will still be roaming Magic Kingdom.