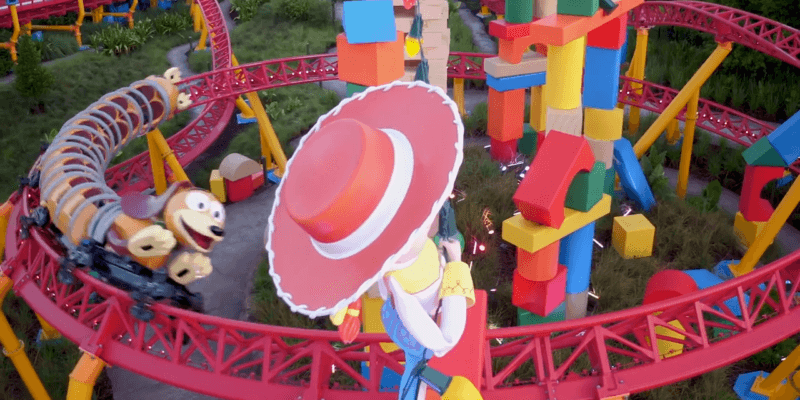 The wait for Toy Story Land is finally almost over, and Disney is building excitement with another look at the highly-anticipated new attractions in this Toy Story Land flyover video.

In this aerial footage, get a birds-eye view of Slinky Dog Dash, one of two new attractions in Toy Story Land. Themed to look like Andy built it with a Mega Coaster Play Kit, the roller coaster brings guests around twists and turns in Slinky Dog-inspired ride vehicles. You also get a new look at the building housing Alien Swirling Saucers, which takes you on a spin inside a play set Andy won at Pizza Planet.

Toy Story Land officially opens at Disney’s Hollywood Studios on June 30, and you can catch up on all of our coverage here before the big day.

Comments Off on VIDEO: Get a birds-eye view of Slinky Dog Dash in new Toy Story Land flyover at Walt Disney World