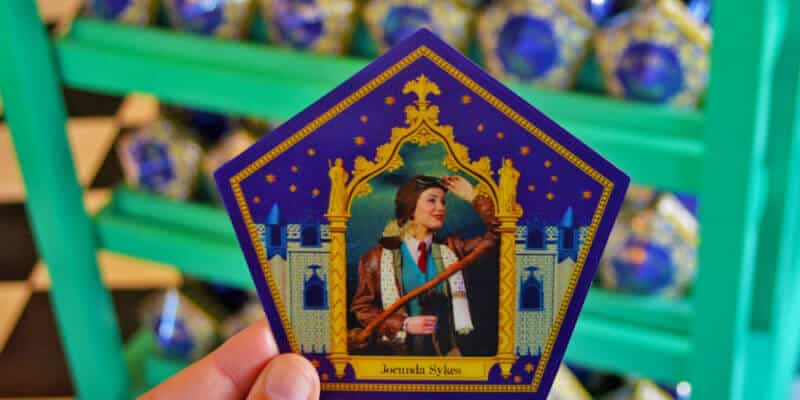 Rejoice collectors! Universal Orlando has announced a brand new Chocolate Frog trading card will be introduced to the Wizarding World of Harry Potter this Summer.

The new card (seen in the image above) will feature Jocunda Sykes, he first witch to ever fly over the Atlantic by broom. For a limited time, this new card will be found in Chocolate Frog boxes marked with a special gold sticker. Soon after, the boxes will be mixed in with boxes containing the other cards, making it much more difficult to collect this new card. 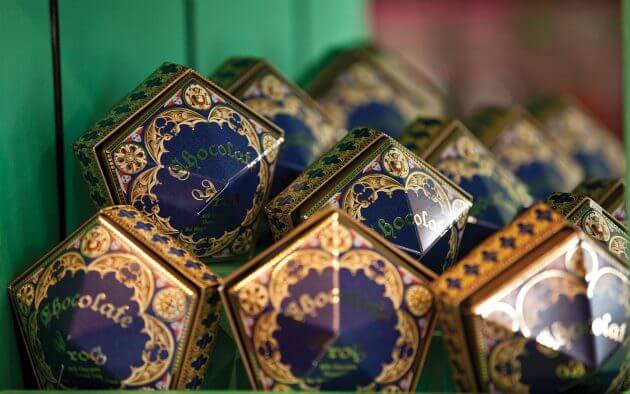 Earlier this year, a Bertie Bott card was added to the Cholocate Frog trading card collection and last year, Hengist of Woodcroft was introduced. The new Jocunda Sykes card will be introduced on July 2.

Chocolate Frogs can be purchased throughout the Wizarding World of Harry Potter, including location in both Hogsmeade in Islands of Adventure and Diagon Alley in Universal Studios Florida. They can also be purchased from Universal’s online store.