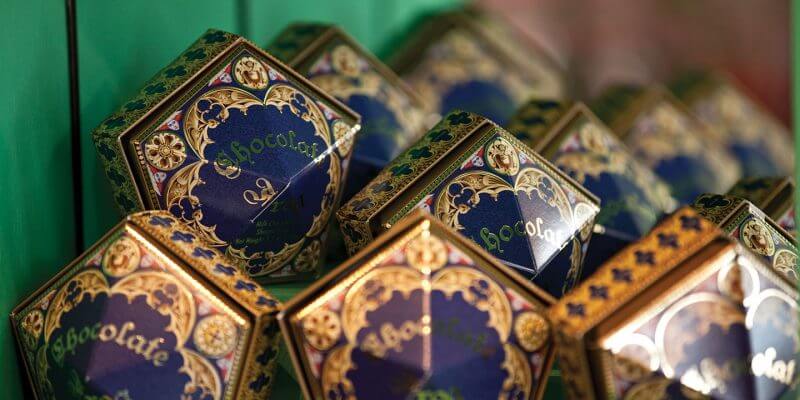 Harry Potter fans love all the magical merchandise they can find in the Wizarding World of Harry Potter at Universal Orlando. One of the more authentic experiences you can have in the themed land is collecting the wizard cards that come with the Chocolate Frogs. Well, now there is one more entry in the series for you to collect.

Universal Orlando announced that they will introduce a brand new card to the Chocolate Frog wizard trading card collection. The new collectible will feature Hengist of Woodcroft, the founder of Hogsmeade village. For a limited time, you can ensure the addition of Hengist to your collection as Chocolate Frog packages containing the new card will feature a sticker. However, the new product will eventually be mixed into the existing inventory, making the completion of your collection considerably more challenging.

The new card is available now. Chocolate Frogs can be purchased throughout the Wizarding World of Harry Potter, including location in both Hogsmeade in Islands of Adventure and Diagon Alley in Universal Studios Florida. They can also be purchased from Universal’s online store.