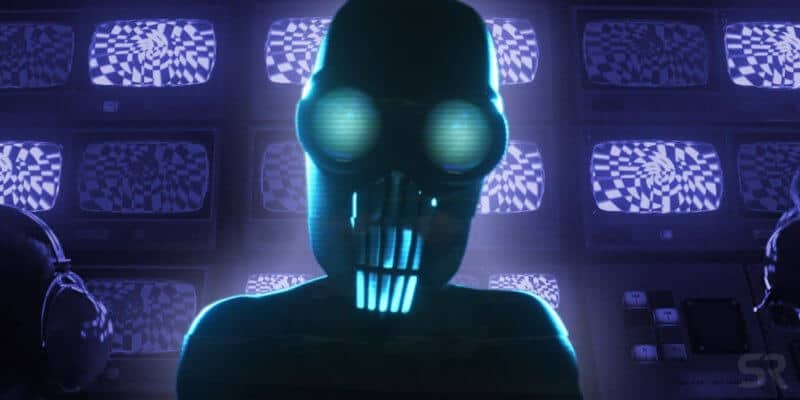 “Incredibles 2” has been a massive success since hitting theaters last week. Disney/Pixar’s latest animated hit set a new record at the box office for animated films, and is drawing very positive reviews from critics and fans alike.

There is one small problem with the movie however: The Screen Slaver, the film’s villain, uses flashing lights to hypnotize people. Those strobe effects are used repeatedly throughout the movie and can be a problem for viewers who may suffer from a condition that would cause them to be sensitive to light like epilepsy, migraines, vision impairments, seizure conditions, vertigo, autism, ADHD, and PTSD.

Twitter user Veronica Lewis took to social media to warn people of this and to urge Disney/Pixar and movie theaters to post warnings at their box offices of the lighting effects.

So, the villain’s weapon of choice in the movie is bright white lights that are at a rapidly flashing/strobing frequency, with the intent to disorient people. One of these scenes lasts over 90 seconds with continuous strobe light, other scenes last anywhere from 5-30 seconds

I am not calling for a boycott of Incredibles 2, or to change the movie. It is very well done, and the strobe lights are an important point in the plot. I just wish Disney/Pixar and theaters alike would issue a warning that the movie contains several scenes with strobe lights

Parents have the right to make an informed decision about something that could impact their child’s safety and people with chronic illness have the right to learn about potential triggers/make steps to avoid them. Incredibles 2 needs a safety warning at the ticket window for this

Veronica makes it clear that she does not wish for the movie itself to be boycotted or changed in any way. She simply wants viewers to be given a proper warning before getting themselves into a situation they were not prepared for.

As you can see by the numbers of responses to her tweets, her plea went viral and theaters began to post warnings regarding the lighting effects used in “Incredibles 2.” According to an article in Variety, Disney is aware of this situation and has approved of these warning messages.

Thank you to everyone for retweeting this, writing articles, and signal boosting my message! My goal of having signs at the ticket counter was reached so that people can be warned about the flashing lights in Incredibles 2. pic.twitter.com/JljozWlojd

So in case your local theater has not yet posted an official warning, please be aware (and make others aware if possible) that “Incredibles 2” does feature some intense strobe-like lighting effects throughout the duration of the film that could affect people with a condition causing them to be sensitive to light.

Photosensitive epilepsy warning in the wild! (We were seeing something different today, but hope to take the boy to incredibles 2 for his first theater movie soon) pic.twitter.com/mg1a7xoSyh

That being said, “Incredibles 2” is a fantastic addition to Disney/Pixar’s already very impressive library and you can (and should) see it in theaters now!

For more information on “Incredibles 2” check out our spoiler-free review and see where it ranks amongst Pixar’s many sequels.